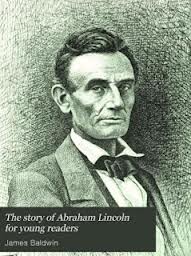 • Moral Imperatives Should be Spun for Their Short-Term Benefits: The Emancipation Proclaimation was surpising for Lincoln’s cabinet but he was able to sell it successfully. Emancipating the slaves would have several foreseeable consequences on the war. A) Confederacy would fight more zealously to protect their sovereignty because slavery rights now had legally tender. B) Northern Blacks would fight in the army for their fellow southern Black’s legal freedom within a united USA. C) Lincoln’s colleagues would argue that Blacks be deported from the United States. D) Lincoln could claim the full implications of what was already at the centre of the dispute over state legal sovereignty: slavery. Lincoln did not mention the long-term benefits of abolishing slavery such as a more equal society where the opportunity towards advancement is possible. Lincoln’s reasoning must have been that the human mind, the electorate cannot think in the long-term unless the benefits are so much greater than the costs in the short-term. Short-term consequences also included the New York Draft Riots in 1863 which led to a drop in new recruits.