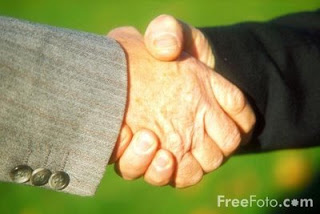 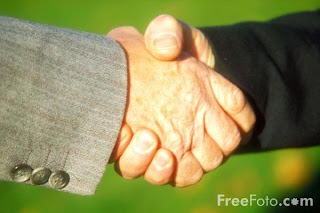 GET PEOPLE YOU TRUST: It’s good to be paranoid but not with your own team. Hire people you can trust. Hire loyal people. People who have pride in their work and save the company’s money are the employees you want. Watch out for the bottom line. Don’t expect smooth sailing. A business is an extended family. Problems should be seen as an opportunity. Your company is a living breathing organism; watch out for bad cells while allowing good cells to grow. Having a passion for what you do is crucial. If employees can see your energy.

DON’T EQUIVOCATE: Politicians do it all the time. It’s condescending. Be blunt and fast not intellectual. Don’t be on both sides of the fence, don’t triangulate. Make sure you and employees take a stand on an issue.

Don’t back stab, if people have time to be petty, they don’t have enough work.

Don’t be pushy, be assertive: Don’t interrupt someones tempo. If you idea sucks it may not be instep with other plans. Recognize when not to press an issue. Don’t give up, but don’t be a pest. Keep your entenna up. Your idea might not be a terrific idea. Or perhaps you should leave the company to pursue that idea on your own.

DON”T UNDERESTIMATE PEOPLE: You need to focus on the talent instead of the title. Try to find the hidden potential that everyone has. Be a leader by recognizing it. Look for fresh possibilities in a company. Trump has turned his body-guard into a VP at Trump International.

“How LONG had you been working here? Since they threatened to fire me!!!”

DON’T DEMORALIZE PEOPLE: Your words are extremely powerful. Don’t force people to do things, persuade people. Lincoln said: all men can stand adversity, but to test a man give him power. Don’t forget to keep your door open.

CULTIVATE A LEARNING HABIT: read, write and study all your life. You don’t have to be a scholar. But you do need to continue to learn. Expand your horizons, try to learn about other cultures. Americans should pay more attention to things outside the American realm. Make an effort.