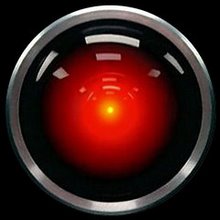 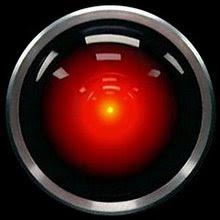 2019: Ubiquitous Computers: Kurzweil believes that by 2019, computers will be imbedded in furniture, clothing etc basically everything. What would be the purpose: maintaining dryness? Tracking condition? Why would people willfully grade their furniture? Human Factor: need is not clear.

Virtual Reality: There will be internet interfaces in a virtual reality, so that family members can meet up in person virtually. This definitely has a need. Just this one idea will have a billion consequence for small business owners, government and society. You could teach English in a virtual classroom without ever having to go to South Korea.

Human Factor: there will always be people who want to experience South Korea even with comparatively high costs.

Computers interact with humans in a two-way speech.

Simulated People: Simulated persons are used by companies to interact with people primarily over other human beings.

Human Factor: labour unions lobby government to intervene. What will normal people be doing while computers have taken their jobs? Luddites are not crazy (they might be wrong but they aren’t crazy), they resist change because there are immediate negative consequences. How do we make the transition from being employeed to finding something else to do in a company?

Human Factor: What about traditionalists who like reading from a paper book. Downloaded books don’t have the same feel as an actual book. Not sure he’s right on that one. There will always be a large number of people who want to read books traditionally. Why assume that most people will read at all?

Robot Sex: People will have sexual relationships with automated personalities. These machines look exactly like human beings. But they cannot pass the Turing Test which is a test to see whether humans can deceipher the difference between robot and human in a controlled experiment.

Human Factor: Cultural norms would severely shun anyone having sex with a robot, in a similar way that they shun blow-up dolls. Even if the robot is convincing, one has to ask the ethical question of how that robot should be treated? How would marriage work? This might be extremely anti-social behaviour. Conservative governments would likely outlaw robot sex.

Privacy is a major social issue. This is definitely likely as it is occurring in 2008.

Human Factor: Kurzweil basically doesn’t consider that most people in the world do not have a personal computer today. Most people live in abject poverty. Where does their fate fit into his predictive rubric? Will they all have computers in 2019?

Questions to ask: Does micro-finance hinder development of business in the 3rd world? Why has opinion so quickly moved away from supporting this type of stimulus? Listen, and read a precis: http://en.wikipedia.org/wiki/Poor_Economics

Learn more at the following website, another cool way to supplement the learning process: http://www.pooreconomics.com/