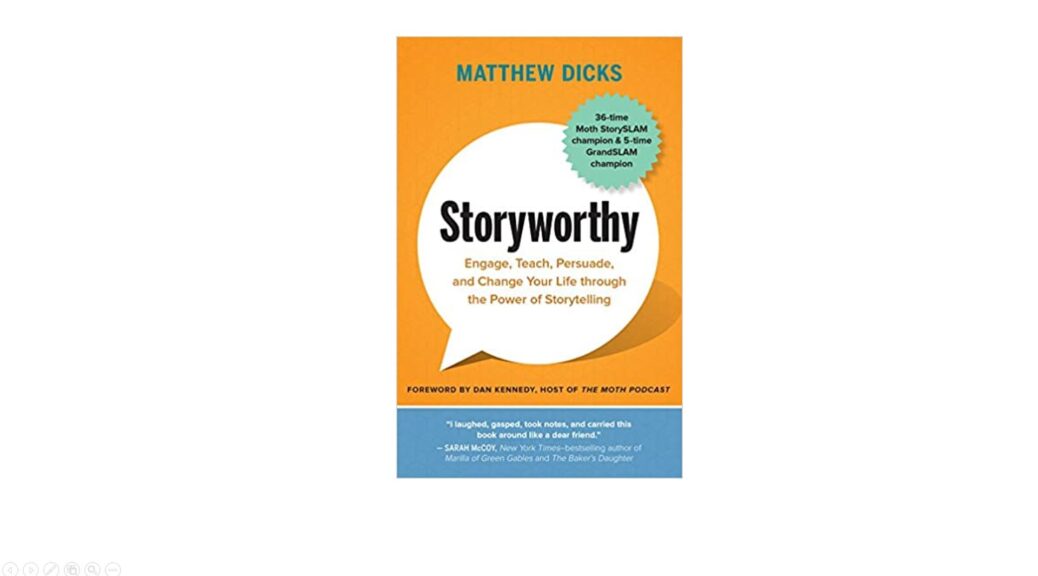 Rule #3: Homework4Life™ Is Better Than Anything

Rule #6: Find Your Beginning (the Opposite of the End)

Rule #7: Create High Stakes, Why is the Best Question

Rule #9: Permissible Lying in Storytelling from Your Life

Rule #10 Create the Cinema of the Mind, Visuals

Rule #13: The Present Tense Is King

Rule #14: A Hero Must Start the Story the Opposite

Don’t memorize every word of your speech. Instead: 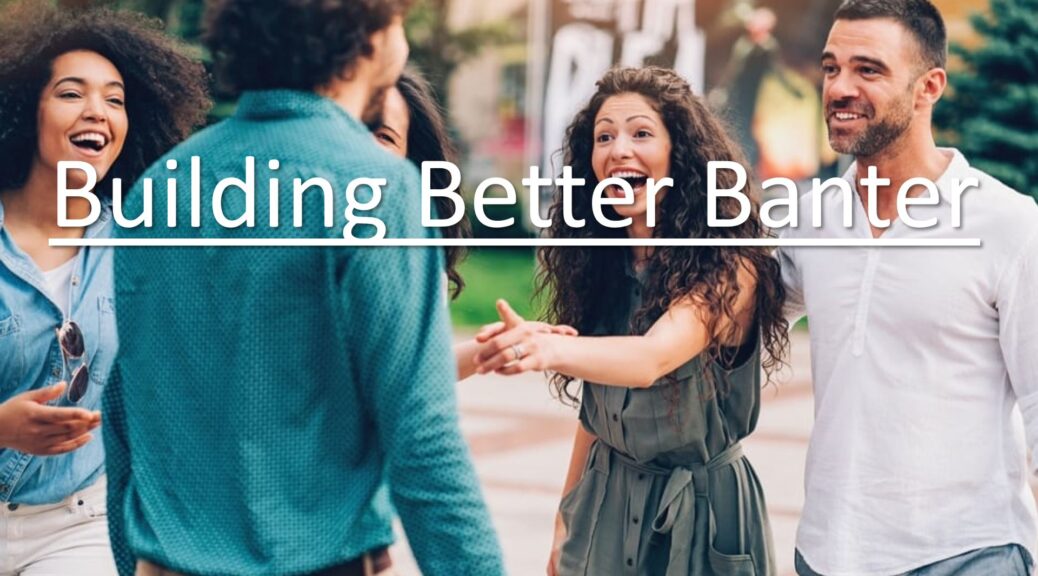 Based on Patrick King’s “The Art of Witty Banter: Be Clever, Quick & Magnetic”

The Basics Part I

“What’s your favourite movie, ice cream, meal?”
Instead, use stream of consciousness, free associations, connections based on particular nouns/topics discussed.

Step 1 – provide a layman’s answer that is short, unique and fun. “I pack and send wallets for a living!” “This weekend I sailed my parents sailboat chanting limericks and avoiding siblings.”
Step 2 – provide the expert answer. “I’m the CEO of a men’s apparel company.” “Sailing since I was 12, like riding a bike.”

Lead with: “Yes!”, “Agreed!”, “Totally!”, “Awesome!”
Avoid: “Nope!”, “Yeah But!”, “Wrong!”, “The opposite!”
Compliment things that the person can control: clothing, hairstyle, accessories, world view, their ideas, how they solve/tackle a problem, weight loss…..
Do not compliment eyes, ears, face, body as the person cannot really control those things, (also inappropriate).
Flattery can quickly become ham fisted and lame, avoid it.

Tool 5: Pay Attention to how they want to be perceived

Call out when some one has put in a lot of effort.
“You kept working on that project, we love it!”

SUMMARY OF THE BASICS

Tool 1: Don’t Be Too Literal

Tool 3: Amplify the Statement to a ridiculous degree

Tool 4: Exaggeration Is an Effective Technique

Play In Conversation Part I

Get the creative mind flowing, how would you proceed with this story?

SUMMARY OF PLAY IN CONVERSATIONS:

Stating something in the first part and then the true sentiment in the second part.
I love dogs except seeing, hearing or touching them.

Tool 1: The Power of Three

We have an innate desire to hear things in threes the human brain is drawn to patterns of three, the three little pigs, the three bears, the holy Trinity and the three branches of government. Etc etc.

You have to recognize them in our daily stories.
Storytelling is telling someone what happened.
We must draw and tell stories from our daily lives.