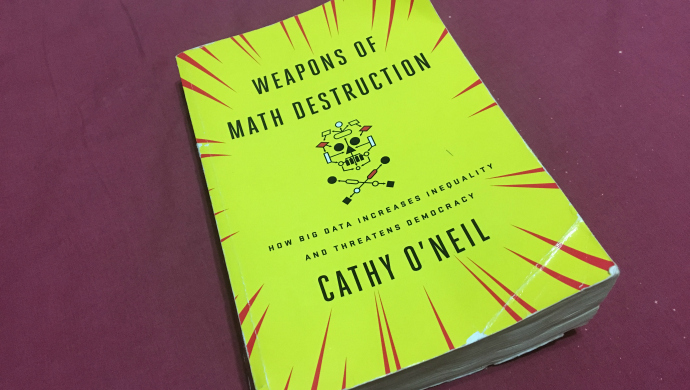 Math is Logic, Math is Beautify, Math is Abuse-able:

Math is logic and it should be ported to social discussions. O’Neil worked with Larry Summers and O’Neil says that the trick of the economic downturn in 2008 was that everyone trusted the math nerds who were actually lying and engaging in mathematical abuse. But there is more to this story….

Data Science determines who are the Winners and Losers:

The algorithms are opinions embedded in code. It takes past data and builds a predictive model of what your goal as a company is in the future. You impose your algorithmic goals, we train our algorithms for success. There is no objective algorithm. We were marketing these things as if it is being mathematical but they are corrupted as well. Three areas of concern for Kathy O’Neil are:

Standardized test performance in order weed out bad teachers has failed according to O’Neil. If you have a test system the statistical scores it is hard to know how the kids did well. The error sample of their students (the hot and cold room) is significant. O’Neil said she was not allowed to understand how these people were evaluated. They shamed the teachers, but they couldn’t get the testing model. It wasn’t meaningful analysis. Teachers were punished for the previous year’s students if the teacher’s from the previous year were cheating on the tests for those kids: in essence passing the problem forward. I remember teaching swimming to a kid that had extreme ADHD, I failed her and their parents wanted the kid to progress to the next level  anyway so they tried to pressure me; their argument was that they had spent the money….I didn’t pass that kid up the chain. But if my job was at stake, I might have…. 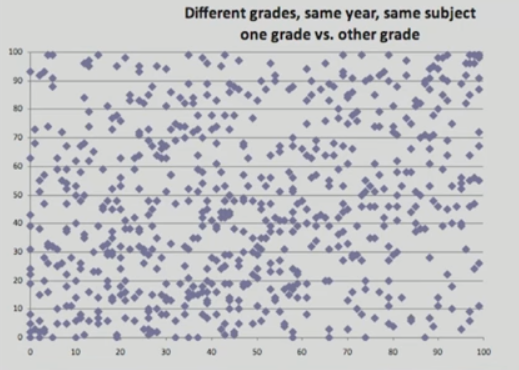 They do systematically discriminate for jobs using an algorithm. Algorithm’s basically codify the past practices, therefore, they basically want more males in power. So one kid’s dad was suing 7 companies for creating personality tests that filter out mentally challenged people. Human resources is also a huge problem, these folks think they are filtering appropriately but they are biased towards certain attributes.

Algorithms are Value Laden Decision Making Processes: Predicting health outcomes: doctors having it is great, but insurance companies and companies discriminate against people who have high health risks.