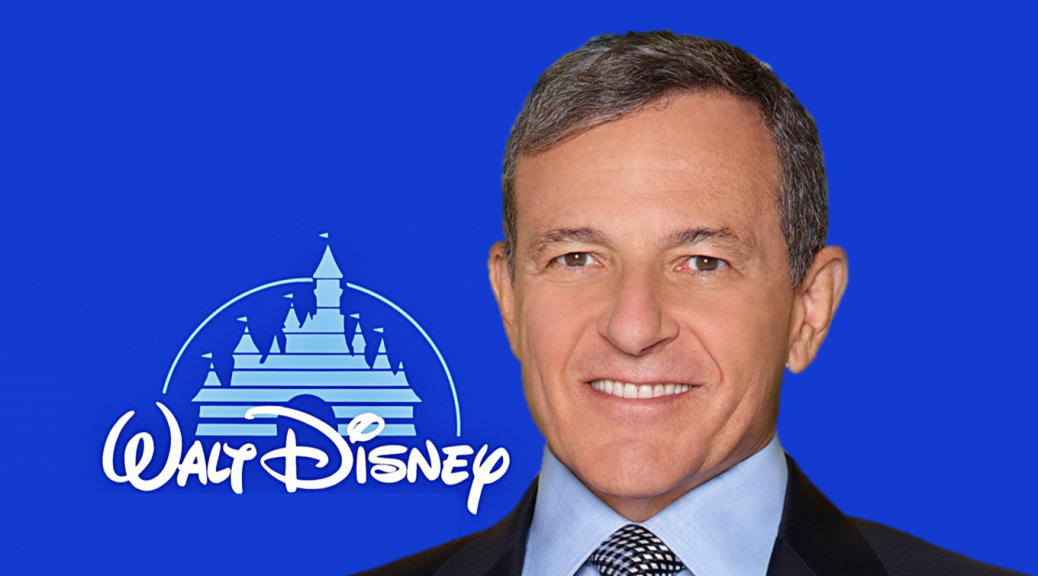 Notes based on Iger’s Masterclass and skimming his memoir:-)

Focus is critical for leadership:

In 2004, the Board Members of Disney needed a new CEO. Iger was the only internal candidate. Find out what the company’s priorities should be an communicate with clarity on maximum 3 cores. There was a 9 month succession plan. How are you going to run the company needs to be communicated but also how will your vision translate financially (projections, vision and operations).

Bob Iger’s CEO bid was a kind of political campaign to try to convince voters / board members to elect him. He needed to articulate a few strategies: the more you have the less focus, and more spread out over time and capital;
1) Invest in creativity;
2) Embrace technology: use technology to reach new audiences;
3) Grow Globally.

Clarity is an essential leadership attribute: you must be very clear in your internal communications. There is a need to present, apply a face to face strategy. Why these are the strategies and then explain why this should happen and what the outcomes should be.

Face to face interaction can be extremely effective. Every Monday morning, Iger has his 10 reports in a morning meeting. You could get called on to present where you are at. You had to be ready. Adjust to what is on his team’s mind; what they are seeing, what their needs are; it’s got to be a great give and take session to work.

Some folks probably didn’t want to be candid, accessibility and candor is critical; you need to be able to adjust to the marketplace. Evolve and adapt to the times.

The Disney acquisition of Pixar was a major strategic win even if the price tag was high. Iger didn’t know for sure that they would end up acquiring Pixar. Disney Animation studios was not thriving with Tarzan etc. Iger needed to turn it around; all roads lead to people/creative talent. Steve Jobs was someone who believed in stopping everything to fix the story if it wasn’t working (ie. Jobs put story ahead of everything); there was a disruption over the prior Disney contract. Steve Jobs very publicly decided he was firing Disney given the distribution rights issue etc. So Iger had to repair it by first aligning with Jobs’ goals saying iTunes should be available on TV: iTune TV. Steve Jobs liked that alignment and pulled out a video iPod; so maybe there is a good idea: ABC TV. This facilitated an extension with the relationship with Apple.

Bob Iger told the Board of Directors during the process of selecting the next CEO that Disney Animation was in much worse shape then they believed or understood from Michael Eisner’s reign. Tarzan and Lilo & Stich were not great box office successes. So he set a bleak picture of the Michael Eisner era which did not sit well with an Eisner influenced board. Pixar couldn’t offer, you never know if a film would work; the stock equity was very high; if Iger could turn Animation around, then it would be worth the acquisition of Pixar. With the structure of the acquisition, Steve Jobs could also exert a lot of influence, and he could try to run the Disney;

Getting Steve Jobs on Board:

A great primer on Steve Jobs is here. Iger called Jobs in 2005 in his car sweating and explained the ‘crazy idea that Disney should buy Pixar’. There was a need to fix Disney animation and Pixar would bring the talent, technology and drive forward the legacy of Disney. Jobs and Iger met up in an Apple board room and started looking at 3 Pros and 20 cons to acquiring Pixar; the cons outweighed the pros in Iger’s mind while the pros outweighed the cons in Jobs’ mind. Iger credits Jobs with the ability to cut through at the essence of something. Also noteworthy is that Jobs was running on fumes with Apple and Pixar being part of his daily work cycle.

So of the cons of Disney taking over Pixar: Disney would destroy the culture, too process oriented, too conservative in story telling. Like a movie about rats working in a French restaurant…that was pure Pixar.Jobs had to talk to John Lasseter: the relationship at Disney had been somewhat damaged and Lasseter needed to be open minded about it. It turns out that Pixar/Jobs/Lasseter were keen. So keen in fact that the Pixar guys pitched a bunch of movie ideas: Cars, Wall-e, Up! and they pitched some great story ideas in the manner that Walt Disney and others always did. Telling the story from start to finish. Iger was excited.

With Pixar, often the artists would challenge the technology people to enable their talents; they would see the technology guys as enablers.
often it’s the culture that is the reason that the company was successful to begin with. When you merge you want to merge quickly and assimilate, that allows for the continuous driving and creation of shareholder value, Iger was lucky that he had first view of what acquisition does to a company. So Bob Iger was aware of the process of merging, if Disney tried to kill the culture at Pixar it would be a failure. Bob Iger was able to tell how that first hand knowledge of the value of culture and thus that helped enable the Pixar culture to continue;
What’s the Pay Off? Just Go For It: Pixar deal was 14 years ago, it was a $7B acquisition and it is certainly worth it…..pre-Covid. We’ll let the Equity Researchers predict its future worth…the net present value of all future cashflows. Learn to love finance, by the way!

Iger believes that no two people have the same negotiating styles. But he biases towards getting deals done quickly. Approach the deal in a candid manner. Bob Iger likes to get the particulars out. He may even give away more than you want then you want them to know. There negotiations have to be two way. Iger is big on forging a personal relationship with the negotiation; George Lucas, Steve Jobs, Stan Lee and Rupert Murdoch. Don’t let ego get in the way of the negotiations.

Brand Is Important To Understand:

Brand has a price / value proposition. If you trust a brand to deliver, you will spend your time and money on it. Time is a finite commodity and so people make choices of how to spend their time based on pattern recognition, past experience (ie the same sub routine that informs decision-making elsewhere: racism, food preferences etc). Brand conveys what a product is what it is, trusting they will get value from that transaction. Brand reveals an emotional connection with the audience: Nike, Apple, Disney. You know what it stands for. Evergreen story telling,
Challenge of creating Disney’s brand to stay relevant, edginess would have ruined the Disney brand. If you revere a brand, then you might as well put it in museum casing, but if you respect it, it can grow and develop further.

What are the core attributes of a Disney princess?, he asks in his Masterclass. Snow White was the classic princess. Now it was time to show young women who are empowered. Walt Disney new the power of merchandise before George Lucas or anyone else. Maximizing your brand over businesses: coonskin caps for Davey Crocket, king of the wild frontier. Brands are relationship between a product and a consumer…
Managing the Brand, what is the essence of the brand, every time it is used on a product, what is very important; dynamism to be dynamic, abandonment of the brand in the name of profitability, it needs to be respected.

Is it going to enhance the association, for purchasing Marvel, the brand attributes, violent Disney doesn’t like. We looked at the brand damage, the story telling is not necessarily damaging, Marvel is Marvel and Disney and Disney. Fan is short of Fanatic; Management of the brand is through creating brand value.

Disney has been universal in its appeal, the audience is far more broad, there needs to be relevance to those stories. Diversity of Captain Marvel (women) and Black Panther (black superhero) wouldn’t travel far was the theory internally at Disney. The film might not be embraced; the idea was to not spend that much money on Black Panther. But it turns out, it was a huge box office success and was nominated for best picture…a comic book movie!

The Limitation of Data:

Giving the consumers before the know that they want something, Bob Iger believes in gut research: Data collected about marketplace is mostly waste of time, looking at numbers on a spreadsheet is not that powerful. The better way to get to understand people is to go talk to them. Get a sense of their tacit engagement. “If you don’t go, you can’t grow!” Doing business in India, never going to learn about it unless you go live there for a few months. So get some real-time research: go meet your consumers. Data is also challenged by the problem of tacit knowledge and hard to measure inputs….

You need to take risks, do not adopt the status quo; so if you are going stray it is risky, but it is necessary. Don’t be risk averse. You should try to fail by daring greatly. Bo Iger’s best example of that is when he was at ABC daytime. He and a producer pushed a singing Police drama called Cop Rock. It was a failure. Creativity means to dare to do great things.

Don’t worry about failure: R Rates NYPD Blue: it was not R rated because of the commercial sponsors. You have to get back up and try again. There aren’t many rules in creative businesses, you need to be resilient to succeed. You need to take risks but you need to have a well thought out process. You need to have a knowledge of what the risk is if it does not pan out, so you aren’t surprised.

The challenges and compared the notes from the business, Rupert Murdoch was actually looking to sell 21st Century Fox. Strategic First Steps: the new strategy for the direct to consume business, our new interests was going to make sense for the company, we needed more content creation capability. The Simpsons, we were interested in international assets. Interested in the Europe and East Asia business; There was a bidding war strategy, but Comcast was interested in the valuation.

It took a long time, it was about content: Strategically Dealing with the new assets…the platform unit Disney+ Then the restructure, and then they plugged them into the new structure. so in preparation for assimilating on group, you may have to resturcture your own company in preparation.

You need to be look ahead and where the business might be going, years into the future. You need to also embrace change and admit it is coming. How media entertainment is changing over time is always in flux. ESPN was starting to change: because people had other means of getting sports. So they acquired the technology to bring ESPN into the future. They delivered BamTech, to harmonize audiences and sports. And so they took that platform to deliver Disney+. There are content engines that are building content. They had Star Wars Mandalorian which is their flagship show. The use of consumer data will have more personalized, will be based on prior use (skeptical).