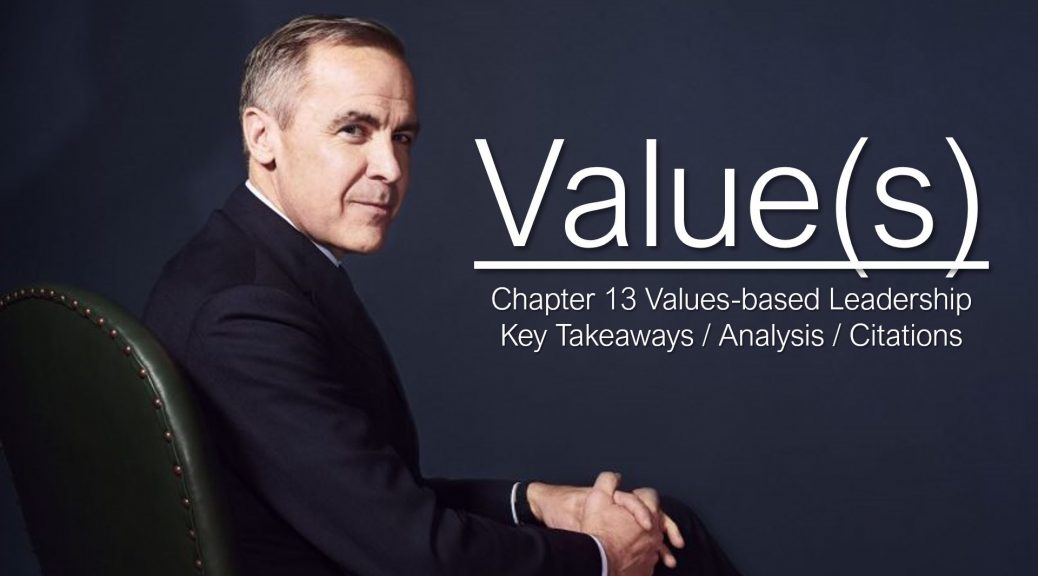 Talking about leadership is risky for Carney as a prospective Prime Minister-in-waiting in Canada. It opens him up to any gap between preaching and practicing in the future. There have been a lot of fools in finance that preached the “Great Moderation” who were proven rather wrong in 2008…Allan Greenspan who was Carney’s idol of sorts for example. Carney’s view is that values can be reasserted by describing what is required for leadership.

This time, things are different = the five most expensive words in the English language.

Carney walks us through the different leadership models. Max Weber (1864 – 1920), the grandfather of sociology and much of modern social science breaks leadership down into three discrete types

And that’s a fine framework but not really important.

Other Points on Leadership

use rewards and punishments. This approach is most effective when the tasks are clear, repeatable and there is no ‘vision’ required.

Achieve goals that both the leaders and followers are motivated to achieve as described by James MacGregor Burns (1918 – 2014). Bernard Bass (1925 – 2007) and Ronald Riggio build on Burns’ ideas with four components to transformational leadership:

Carney talks about Machine Learning (ML) and Artificial Intelligence (ML). Machine Learning being useful for credit cards and anti-money laundering operations and many other applications and typically good if the future is expected to behave as the past (which includes the biases of the dataset). AI being “general purpose technology with widespread applications, whose productivity benefits depends on re-engineering processes to achieve a common purpose.” (349, Value(s)). For Carney, as well as University of Toronto scholars, AI is most useful as prediction machines that are better at modelling future events then any individual human might but it has many flaws. For example, hard to untangle how an AI model came to its conclusion on a particular circumstance which is not good for auditing purposes.

Leadership and the Crisis of Trust. Consent requires values-based leadership:

Better trust = Better leadership. As Carney has stated several times now in this book that trust takes ages to build, moments to destroy and a long time to rebuild. Here is how it gets created:

Helps colleagues or citizens to see how and why a decision has been made. But Carney notes that transparency is an easy default with the risk of becoming white noise, or hard to understand with out a dictionary (academic language barriers creation) etc.

Establishing the facts is critical as US Senator Moynihan famously said “You are entitled to your own opinion, you are not entitled to your own facts.” Fact checking is a new industry and distinguishing between marketing rhetoric and facts has also been hard to parse. Carney supports Facebook’s oversight board which is made up of Nobel laureate, constitutional law experts, a former prime minister of Denmark: And the board publishes the decisions, notably the media still interprets the decisions for clicks….

3)    Trust through Acknowledging the Reality of Uncertainty:

Andre Gide famous saying “Trust those who seek the truth but doubt those who say they have found it.” Carney found it annoying that the Bank of England forecasts were being treated as facts by journalists even if it was explained that forecasts are cognitive exercises multiple times. The general public want certainty in their information, seek perfection, however the reality is that there is uncertainty, that scientists don’t actually have all the answers automatically and categorically on day one about COVID, for example. Carney advocated NOT professing false certainty but supporting a probabilistic approach such as the Bank of England’s MPC (Monetary Policy Committee). Carney believes that planning for Brexit was what established him as a solid leader: “we are prepared for this.”

Carney believes in multiple layers of explanation as a critical tool at the Bank of England. They measure their communication with Flesch scores. Talking “jobs and prices” is more approachable for the general public than “inflation and employment”…too bad speaking clearly can remove the nuance. Value(s) the book would be much shorter but not as insightful, for example.

5)    Trust through Staying in Your Lane:

Be comfortable delegating expertise, no all experts are leaders and follow your remit. With the Scottish referendum, Carney was obligated to provide some information regarding financial stability and fundamentals on the sovereignty question. Carney was very careful not to tread on the political side. The UK market expect Remain would win at 4/5th 80%, Leave 1/5th There are trade-offs in monetary policy particularly inflation controls that dampen employment. For Carney, it would have been political to not disclose that preparations were made for Brexit. There is merit in explaining limits to your expertise.

6)    Trust through Listening to All Sides:

Even with all the facts laid out, there can be differences of opinion, of course. Engaging the wider community is key. As the chair of the FSB, Financial Stability Board, Carney was able to drive towards consensus even if there were competing views on where financial policy should be directed. He plans to provide that at the Glasgow Climate negotiations with 195 countries…

If you take the decision, people will love their best decisions and orphan their bad ones.

Christine Lagarde told Carney that as the head of the IMF, there was diversity geographically but that they had all had PhDs in economics from MIT. Bank of England to overhaul their hiring policy. Remote working like Stripe. Developing the right leaders, manage those who have different backgrounds, rigorous people. Create a culture of open debate, wide range of leaders so that when you have to make major decisions like in early March 2008, where Carney met other central bankers at the top of Basel, Switzerland’s BIS Tower, he was read to support the President of the ECB, Jean-Claude Trichet in providing liquidity $200 Billion in liquidity to the market…

You need to look at global and technological developments. Ambition must be for our own self-esteem, we need to be ambitious and seek to solve clients biggest problems.

Amazon’s approach of building and feeding a flywheel makes sense. Keep up the momentum which allows the leaders to get out of the way. Amazon had a structured decision making: focus, how does Amazon make decisions.

A)   Defining the purpose of the meeting…is it to make a decision, to brainstorm or to be debriefed? Should include who has to be informed at the end of the meeting, try to be as inclusive as possible.

B)   Ensure that everyone who needs to have read the memo before hand has read it and take the 15 minutes to read it at the start of the meeting if necessary.

C)   The memo ought to be no longer than 6 pages. Simple is harder than complex in writing a six-page note. Tell a linear story in the memo, do not be repetitive.

D)   If you are the decision-maker take clear decisions and ensure follow-up.

E)   The BoE had a problem that they pushed this approach. They wanted to improve the communication and be more inclusive.

People want to be empowered and they were practicing leadership. So allow followers and leaders to not be mutually exclusive.

Citations Worth Noting for Part 3: Chapter 13: