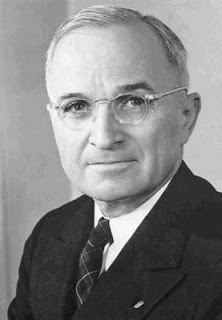 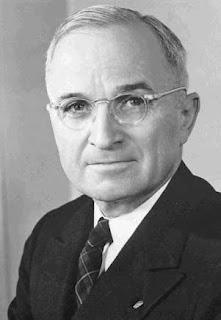 Thoughts on Harry Truman
Introduction. Harry S. Truman is one of the great figures of the 20th century. His life was complex, exciting and can impress upon readers valuable lessons to live by. A son of a rural past, he had to control the most powerful, progressive nation in the world. Truman came directly from the people. He lived by the Bible and history, proving that anyone could be a president and a human being at the same time. He came through the Great War, financial failure, big party politics, the new deal and the WWII. His life was a part of much of American history during the 20th century. He never complained, he never expected others to follow him blindly, he never required the love of the American people, he did not regard his critics as traitors and he never blamed others for his failures. His character in the office of the President is the archetype. His actions would have major ethical consequences on human history but he was the kind of president that the Founding Fathers would have approved of. Truman had to assume the most powerful nation on Earth after FDR’s death. The weight of that office did not overwelm him because he was trained to take on that difficult task. His responsibilities were more than any president had before him. This is what makes his story so fascinating and meaningful.