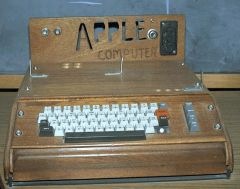 Sharing Ideas Is Fine Up To A Point:

The letter argued “Who can afford to do their professional work if everyone is stealing it?” Steve Jobs agreed with Bill Gates about sharing ideas. Jobs convinced Wozniak to follow a closed approach, and to sell computers rather than sharing them. Jobs asked that Woz stop sharing the schematics information regarding the Apple I with others, for that reason. Jobs decided to sell these computers by buying 50 panels for circuitry. The closed system had major benefits in his later career. Starting in 1999, Apple created iMovie, FinalCut Pro, iDvd, iPhoto, GarageBand, (most importantly) iTunes, and the iTunes Store. The personal computer was morphing into a lifestyle hub, and only Apple was positioned to create a full (CLOSED) experience where the product was simple, and enjoyable. Therefore, sharing is great up to a certain point.