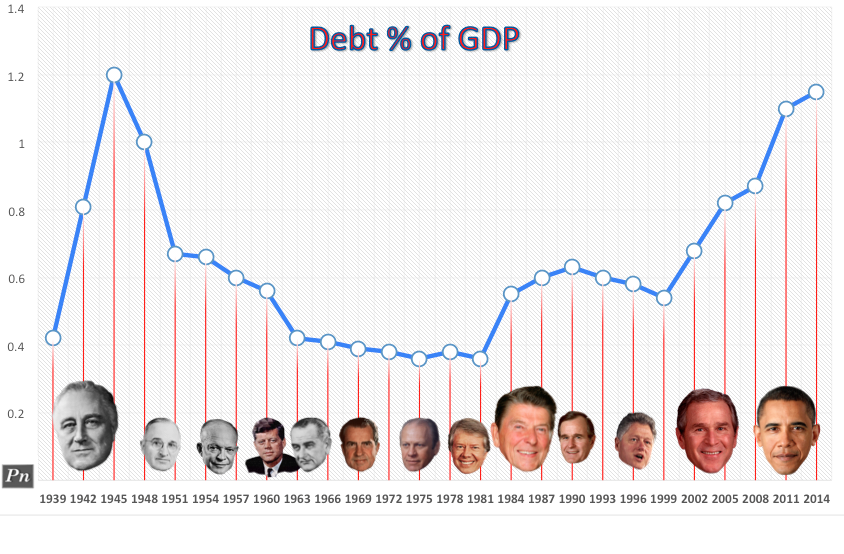 How large is the US National Debt? Seymour Durst created the physical clock on Sixth Avenue in New York City in order to visually articulate the US governments gross national debt. In the chart below, I have laid out how the Debt to GDP ratio has evolved over the 2nd half of the 20th century. At the present rate, the debt will be 20 trillion by 2017.

A funny picture that is making the rounds on social media: 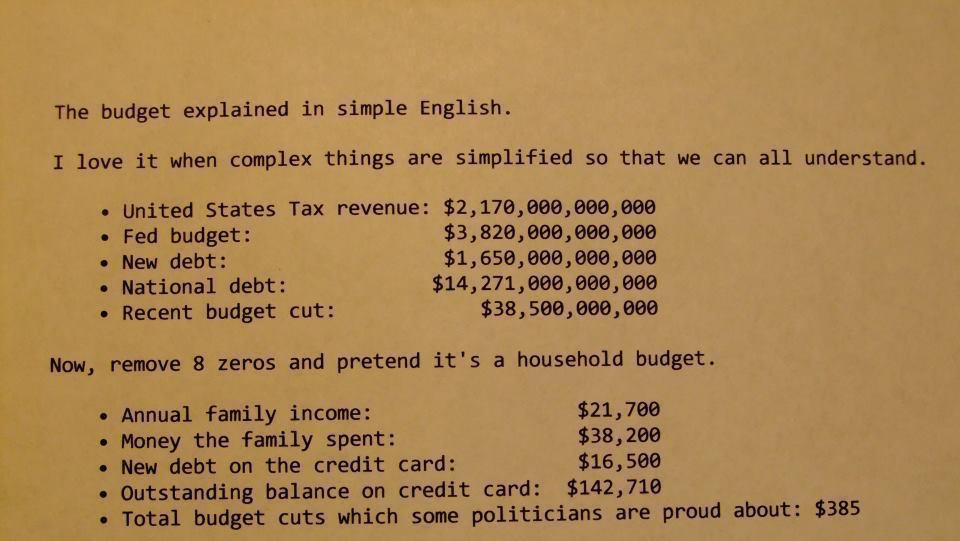