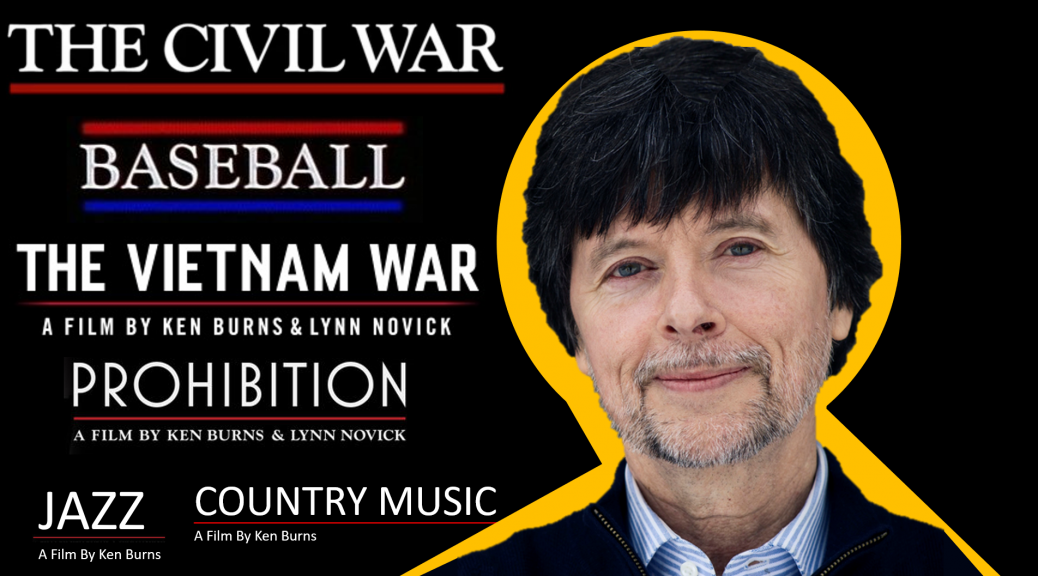 Learn By Doing! Get Out There!

First of all, we tell stories to keep the wolves from the door, mortality, according to Ken Burns. Life is short. There is no solution to learning other than to go and do, which is the best way to learn. There are no rules about films. Ken Burns has been doing it for 46 years, and he does not believe in formulas in documentary films, there is no formula. The only formula is Doing + Learning = Growing.

The Renaissance of Documentary from the 1980s to Present

There are so many documentaries that have emerged in the last few decade that has put the genre on the map. And notice that there is no orthodoxy. Errol Morris, Michael Moore, Al Gore and Werner Hertzog all doing their own things in this genre. Again, no formula. Ken Burns does not do his own narration and / or ask questions on camera.

He felt that biography of Washington Roebling for the Brooklyn Bridge was important. It was emotional. You have to have faith in yourself. That project was Ken Burn’s first in 1981. He had a shoestring budget to make it happen. And a Ken Burns documentary takes especially long, hence he left New York to finish the film and moved to New Hampshire where the cost of living was much more reasonable.

Transcend: film-making is industrial anxiety, there are 100s of things that can go wrong. You need to welcome the unanticipated problems. You need to have patience.

Be a Jack of All Trades

Research Everything, Even While You Build the Story

Your model / filter of past is going to be challenged. The opposite view is possible. The Vietnam War ($30M budget) humiliated Ken Burns with new facts. Conventional wisdom is harmful to truth. You have to tell the true story of the Vietnam War which is more nuanced then Ken Burns realized in the outset…same with his audience. That particularly documentary being probably the most important since the Civil War.

The Drama of the Truth

How far can you go with art before you mess with the truth? What have I done in the service of cinema in order to tell the truth? Inclusion and exclusion are both part of the story. There has to be a human act of faith in selecting what is included.

There is no such thing as objectivity. There are a completely different realities and you then have to average things out, according to Burns. Human experience is human experiences (plural) and as you gather them you can more clearly understand that moment. You need to take a certain license, however. The truth is you have may be challenged by a lack of evidence whether it be photographic or otherwise.

Manipulation is Part of Art

Contradiction is very common in reality. Be manipulative in your story telling. You shouldn’t see manipulation as evil. You need to be manipulative. How do you get along? Manipulation gets the shooting done. If you aren’t manipulative then you are deceiving yourself first and everyone else second.

Proposal script for the Civil War had certain sections pre-written before production. You need to write a treatment of your story. You then need to lay out the parameters.

Money is the most governing thing: money is very important.

You could also develop a bankable story. You need to make the audience no longer understand. Ken Burns’ team writes a lot of proposals.

You have to be realistic budget: how much does it cost for the sound people, editing, you have to pay yourself. Push through: the made a good food, Ken Burns is fundraising and being told 1500 times and 15 times told yes. So Ken Burns is a sales guy in effect.

Liberate the characters of the heroes and villains model. Abe Lincoln, he attacked the US constitution. The Civil War is morally complex.

It’s most effective if your audience thinks the character should make other decisions than the ones they make.

He had the episode of using the post it; then they do these different modes in the story.

Trust the audience to be more engaged. I will invest those limitations. Ken Burns is an effect is not about giving people a slideshow. The psychological response to a picture.

Evangelize the Film / Aspiration to Action