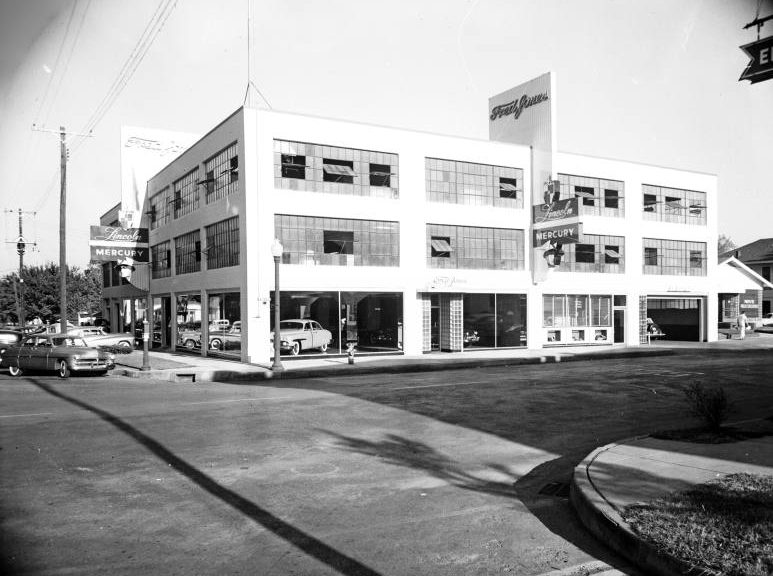 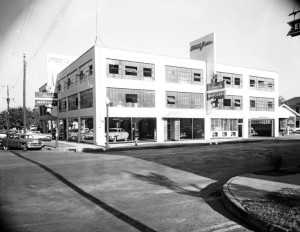 For Lee, the dealers are the ONLY CUSTOMER of Ford, not the end user of the automobile. Ford’s business model relied heavily on key partners such as dealers who were franchised out. Sales representatives, such as Iacocca, would directly interact with dealerships for that purpose. Making sure that the dealers felt needed as part of the team was very important. Bringing them in as part of the ‘head table’ was one thing other managers did not grasp at Ford. Iacocca knew that happy relations with the dealers = greater profits and responsiveness to demand. Dealers were the guts of the car business in the 20th century and were the quintessential entrepreneurs according to Lee.

Since the dealerships manage the relationship with the customer, Iacocca had only a passing exposure to those interactions but a simple dealer sales tip to remember is that anybody who buys a car will rationalize the purchase for at least a few weeks, even if it was a mistake. Buyer’s remorse is always an issue when the product is a large purchase such as a home or automobile. One of Lee’s mentors was a sales guy who would phone a recent buyer 30 days after completing a sale and ask “how did your neighbours like your new car?” By asking about friends instead of directly asking about the car, the sales rep could get new leads + the customer will want to justify that it was still a smart buy in the face of social status. 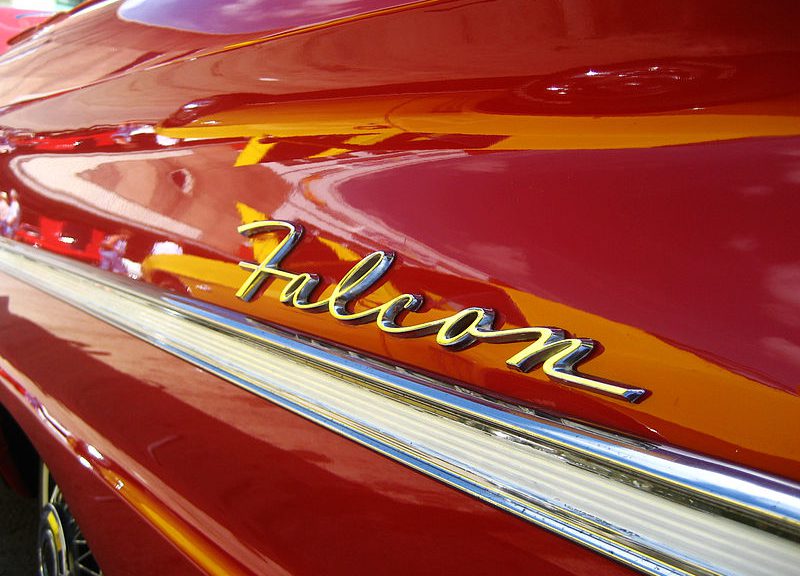 According to Iacocca, if you have only financial analysts (bean counters) in your company then you tend to have a defensive, conservative and pessimistic organization. Sales and marketing people are more aggressive, speculative and optimistic; they are always pushing to go forward regardless of the macro-context of the company. A good company will have natural balance between the two. If the bean counters are too weak then the company will go bankrupt. Conversely, in the 1970s, Ford needed to have wild-eyed dreamers as the company was dying in the market place. Some so-called bean counters would cross the divide like Robert McNamara who helped develop the Falcon (one of the first compact cars selling over 417,00 units in the first year). Unfortunately, the Falcon was simply a vehicle to help people get from A to B, and it was not a major seller for long but it is worth mentioning as a case where someone crossed the divide between theses two groups. Robert McNamara was a true visionary and quoted a truth in 1967 to which many managers can agree that “Management is the gate through which social and economic and political change, indeed change in every direction, is diffused through society.” 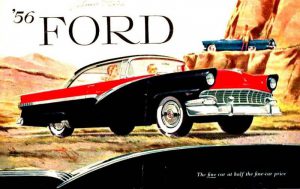 In 1956, Iacocca came up with an inventive new way to sell cars when he developed the “56 for ’56“. The policy meant that any customer that bought a new 1956 Ford should be able to do it with a 20 percent down payment, followed by monthly payments of $56 for three years. After the idea was applied across Ford, Iacocca was thought to be responsible for the sale of an additional 75,000 extra cars. Iacocca’s initiative meant that his profile was enlarged resulting in a big promotion to Dearborn, Michigan i.e. headoffice as the head of car marketing. Here, he met Robert McNamara who was one of the Whiz Kids brought in from the Air Force Statistical Strategy team by Henry Ford II to provide managerial talent at the top of Ford.

When Lee worked at Chester, Pennsylvania as a desk Sales rep, he witnessed corruption when reps took bribes, gifts and favours from dealers in order to get a larger allocation of cars into various dealerships. He worked in sales for over a decade being patient with his colleagues. Fleet sales meant allocating new cars to dealerships, since Lee was in sales, and there was a backlog of cars, this gave him a lot of power at an early age. Others would play fast and loose with the truth to create larger bonuses for themselves. Iacocca did not.

As part of his first experiences at Ford, Lee worked on an assembly line where he attached a cap to a harness inside a Ford truck repeatedly…over and over again. The work was not difficult but it was extremely boring. Soon, Lee discovered that engineering no longer interested him. When tasked with drafting a new design for a clutch spring, Iacocca lost all motivation, so he asked to be transferred to sales or marketing. The transition was not easy because Iacocca had to secure the role through his own perseverance. Finally he got a sales role in Chester, Pennsylvania. 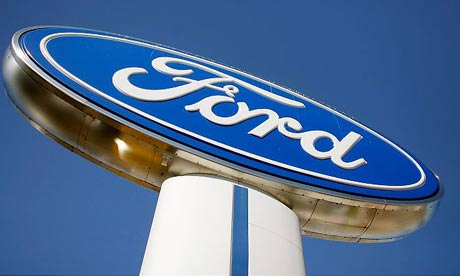 According to Iacocca, learning the skills of salesmanship takes time and effort, you have to practice those skills over and over again. Motivation is key. Expect to make mistakes along the way. Sales required time, effort and diligent practice until it becomes second nature. Only through exhaustive practice can a good salesman succeed. There are no naturals in sales. You need to qualify a buyer, which means asking the right questions that might lead to a sale. Most customers do not know what they want, and the sales reps role is to help them figure that out. You need to understand who the car is for in their family and who else is driving it? The most important lesson Iacocca learnt was from his manager in Chester, which was to “make money, screw everything else.” Mistakes are a part of on the job training; they cannot be avoided, but you have to hope that they won’t be too expensive and that you won’t make the same mistake twice. Always own up to your mistakes whenever you make them. 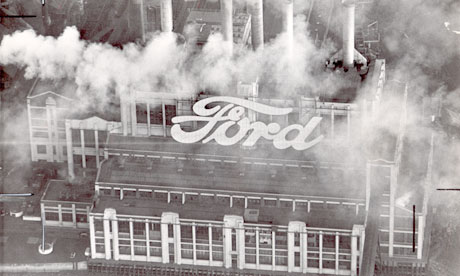 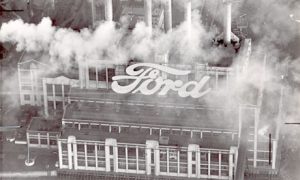 When Iacocca started at the Ford Motor Company, he, along with other new engineers, were given a graduate scheme rotation of Ford’s numerous stages of operation. Over a period of 9 months they saw River Rouge Plant, which was the largest manufacturing site every built at the time, from every stage of the manufacturing process. Lee worked in the coal and lime stone mines, which were used to turn steel into cars. The jobbing foundry, which produces a single casting of a steel pattern, the production foundry, the ore boats, the tool and die shops, the testing track, forging plant and of course the assembly line at River Rouge. The River Rouge plant, according to Iacocca, was the pride of Ford and many competing car companies made their pilgrimages to Detroit and Dearborn in order to see how it was done first hand. One important early lesson was that new engineers were to be treated with distrust (or even as spies) by the union workers. These college-educated neophytes were not to be trusted by the work horses within the company. 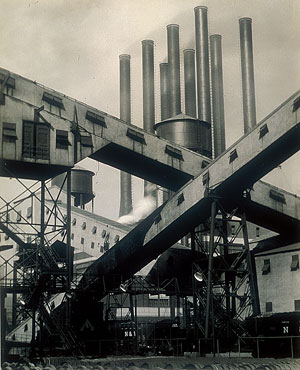 Vertical integration was the approach taken to develop Ford Motor Company and the River Rouge Plant. By definition, vertical integration gives Ford complete control and complete ownership of every aspect of production from the resources to managing the waste. Vertical integration is the antithesis of the modern global auto-manufacturing that sources parts from the most cost effective source. At Ford, it was about saving money because free-trade was not widely accepted. Even the brown gas created in the coke ovens was redirected and condensed to create a light oil which was used in dealerships, the substance was called Benzoil. The iron was put in a molten state in order to create one solid engine block. Every scrap of wood, rubber or metal would be used. Waste from dust in the grinding wheels is reconstituted. Saving a few seconds at one point in the production can be used subsequently in the production process. 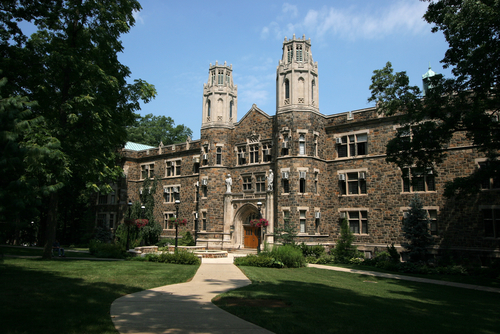 Lee’s ability to concentrate got him through school but he was also a very lucky person. Even bad luck can sometimes be good, for example, his bout with rheumatic fever prevented Iaccoca from joining the war effort as part of the class of ’42. The patriotism for that war was immense but in frustration Lee did not participate while his fellow graduates died in combat. Instead, Lee went to Lehigh for his undergrad where he focused on engineering then shifted over to business; accounting, statistics and labour problems. Instead of going straight to Ford (because he loved the cars and had been accepted), Lee deferred starting out at Ford and went to Princeton for his masters. After graduation, the guy who had recruited Iaccoca originally at Ford was drafted into combat and by the time Lee was finished his masters, no one at Ford knew Lee. Fortunately, Iaccoca was persistent enough to speak directly with the former recruiter’s boss and he got onboard. 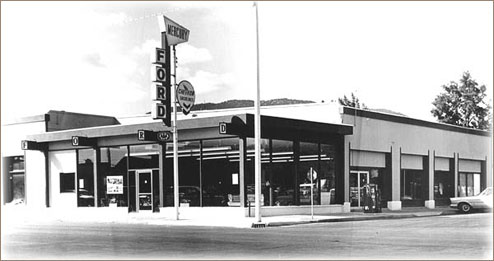 Another example of timing is when Lee worked at Chester as a Sales rep, he was working in a booming period between 1945 and 1950 because during WWII car production was very low. All new cars were sold at list price or more, and used cars could be taken in (even if those cars were horrible) and a profit margin could be secured. Fleet sales meant allocating new cars to dealerships…since Lee was in sales, and there was a backlog of car orders, this gave him a lot of power at an early age.

One last example of good timing is that the Chrysler bailout for $1.5 billion would not have happened if it occurred 3 years after 1979 (when Ford and GM were also in serious trouble) since other car makers would have competed directly with Chrysler for attention. Timing matters!

Good timing is everything in life. 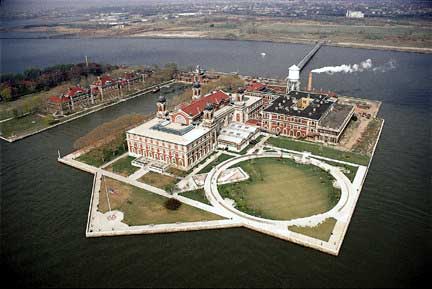 The ability to concentrate as well as time management is key in business and Lee Iacocca learnt this in school. He had the discipline to say: “let’s get this done in the next 3 hours and then enjoy something else.” He would work hard during the week and set-aside time during the weekend to spend with family and friends. His approach was built from his parent’s experience. His father was an entrepreneur because that was what Italian immigrants typically did in Pennsylvania. Unfortunately, the Great Depression destroyed Iacocca senior’s businesses, which he had mortgaged to the hilt. 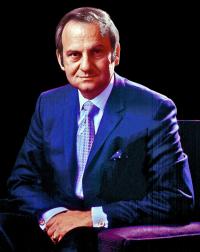 Lee Iacocca grew up in Allentown, Pennsylvania and promised to get the education his father could not have in his native Naples, Italy. The pressure from his father, and the personal drive to success led Lee to get top grades in his high school. He had supportive teachers in debating and mathematics. The core lesson was not to memorize facts but rather to understand how to use facts to position an argument. In other words, he solidified a methodology for attacking problems. He ran for student president and learned (the hard way) that understanding people would help you as a leader. His parents taught him to apply himself, get an education and DO SOMETHING!