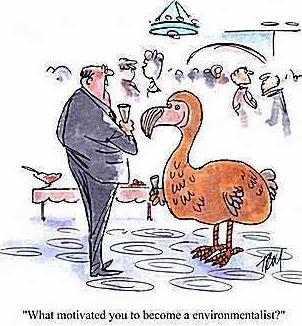 Rational Choice Theorists believe that bureaucrats and politicians are self-interested, seeking to feather their own nests. The private interests of bureaucrats and politicians is actually at the heart of government, not the people they claim to serve. This is what we call public choice economics. Therefore, the behaviour of a bureaucrat needs to influenced by incentives. Right-leaning people are more inclined to believe that all players in government are self-interested, and want to minimize their workload. The fundamental assumption is the bureaucrats can be made to more productive if they are treated as rational actors……selfishness always leads to the best outcome according to those who believe in Rational Choice Theory>>>>>

1)     Human Unpredictability: this covering law fails because actors may not seek rational means for achieve their ends: do not have full information & do not make calculations based on the Rational Choice Theory rubric of decision-making: only two groups of people think this way: 1) social scientists & 2) sociopaths. According to Elster, for most individuals, “the ability to engage in strategic reasoning is severely limited.”[1] Why should liberalizers, moderates, radicals and hardliners be expected to engage in backward induction about the possible outcomes in the game Przeworski provides?

2)     Basic Assumption of Rational Choice Theory is wrong: that NOT all motivations are for material ends: “joining a political rally for the cupcakes?” (Muhlberger, 1998)

4)     Too Deterministic: does not accept multi-casaulity, feedback loops.

5)    Excludes all structural approaches of analysis: Rational Choice Theory then operates in a vacuum so once the game starts: structure, ideology, historical, geographic, endogenous, exogenous factors disappear & are no longer causal variables until the game ends.

6)    RCT Rational Choice Theory is tautological: it is only an explanatory model: has low predictability. Having outlined all possible options for the four actors – as is necessary – Przeworski’s model demands that those static options be the only outcomes imaginable. There are no exogenous factors that can change the outcome in this game. The need to achieve equilibrium, where all actors have balanced outcomes, quickly becomes tautological. This imposition of equilibrium, inherent in rational choice theory, results in a lack of strong predictive power.

7)    Mancur Olson argues that rational actors, who enter collection action groups, are only interested in maximizing their personal “benefits unrelated to the political goals of a group.”[2] For Muhlberger, however, such thinking would imply “the bizarre conclusion that a Christian fundamentalist walking past pro-life and pro-choice protesters would join the pro-choice group if they offered better refreshments.”[3] There must be space to include ideas into an explanatory equation, this is where rational choice faulters.

8)    Rational Choice Theory is NOT generalizable: there are always outliers that must be refuted.

9)    The most revealing of all weaknesses in Przeworski’ explanation of Transitions is that he does not use Rational Choice Theory alone but implements what Kitschelt refers to its as “macro-historical analysis.”[4] Ultimately, in order to be Rational Choice Theory, Przeworski must escape the inescapable structural factors. Accepting this problem, Przeworski necessarily compromises on rational choice without explicitly pointing this out. His protagonist is the liberalizer who leads an analytical story-telling exercise that uses Rational Choice Theory as its foundation but cannot work under such a limiting methodology. The preconditions and structural reality that liberalizers are in the authoritarian regime, in and of itself, is an assertion of the omnipresent structural factors that the game has been situated in. Kreps argues that “Przeworski’s democratization is successful in highlighting the serious limitations of game theory and rational choice theory.”[5] This is a condemnation of both rational choice and Pzerworski’s ambitious use of that theory.