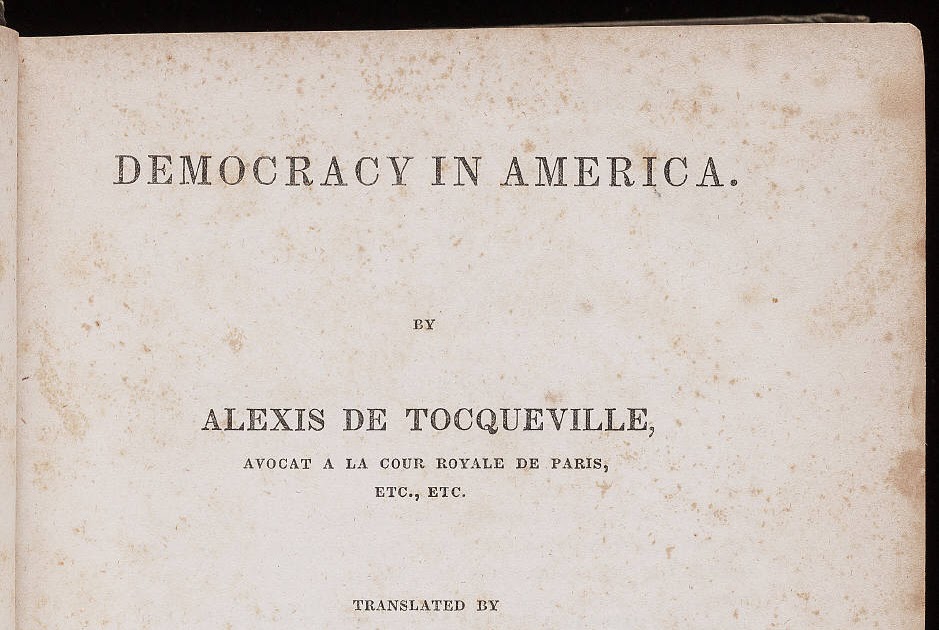 It’s the most important work on American democracy and the US in the 1830s. Democracy in America is a very long book 1000 pages though. The truth is that every American and every Political Scientist should read it.

Two ways to look at it:

The French Revolution ruined the de Tocqueville family wealth. The author studied, Voltaire, Rouseau, Pascal. In the 1830 July Revolution , Tocqueville takes the oath for the new Burbons. Tocqueville wanted to try looking into the US for prison reform. However, he wanted to identify lessons from US democracy, it’s inclination; what should we fear or hope for in this new democratic movement emerging in the US? The Trail of Tears occurred in the 1830s….Also the Nullification Crisis. There was also slavery; bu Tocqueville observed a ‘classless’ society.

I) Local government: localism: local democracies are the cradle of civil society in townships. The institutions of putting the democracy in the reach of all the people were not that expensive to build. The people are legislating and organizing. Alexis de Tocqueville told his readers to read Rousseau every day;

The township format itself is Aristotelian. The township exists by nature. There is the old Polis character described by Aristotle which Tocqueville believes is very important for a democratic society.

Robert Putnam: happy for social capital. The decline in association is the Bowling Alone phenomenon. These are not natural times; It’s a learned activity; the Civic Society goes into decline as our isolation cripples our Civic Associations.

III) Spirit of Religion: America is primarily a puritan democracy; early Puritanisms. Religion will not disappear because of the decline of faith; it’s rather a shift in faith. We can’t separate faith: dignity of the individual. Tocqueville looked at religion purely for social effects.

Increase the number of factions in order to prevent anyone from being the dominant one.

The idea of democracy does claim that this idea that political correctness is a danger.

Moral of the State:

Political Educator: – There is a divine