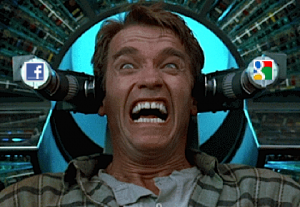 (Wedeen, 1998) Why Syria (pre-Arab Spring) relied on a politics of “As If” instead of a politics of “Belief” & How North Koreans are similarly brainwashed.

Today, a dictator has died; Kim John Il. Public weeping has been reported, which is the strongest evidence of Internalised Control ever witnessed. No democratic state could produce such scenes of weeping, not even after Princess Diana’s death….

(Wedeen, 1998) examines a Syrian case study where the link between obedience and belief are broken. Wedeen argues that the lack of belief in authority is what makes the regime so powerful. Indeed, obedience is more powerful if it is external and does not accompany belief. In other words, it’s better that people do not really believe, but pretend to believe in their dictators.

INTRODUCTION STORY: Syrian soldiers (pre-Arab Spring) are lined-up daily and asked to each explain how amazing Asad is in their opinion. They are to associate Assad with sunrises, and beautiful flowers, and they are to proclaim their platonic love for Assad in front of each other, according to Wedeen’s article. Anyone who fails to give flowering praise is removed, or beaten.

Political Power and the Politics of “As If”

The Politics of “As IF’ is used instead of real loyalty: the only real obedience is an external one – obedience derived from conviction/believe is not real because it is mediated through our subjectivity. In this way, we do not obey the ruler but our own judgement.-> Power is when the state or authority can force people to participate in a cult or watch it complicity (impose on them the ‘fictions’ of the state).

Citizens In the Politics of “As If”

PROBLEMS THE POLITICAL ‘AS IF”