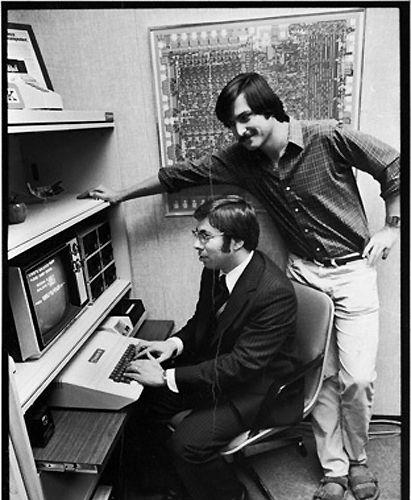 Steve Jobs loved to tell people that their work was shit, and would force his co-workers to pull all-nighters to finish applications. When Apple started to get going in 1978 – 1979, he would come into the office, and tell Wozniak’s engineering team that they were all shit. This further distanced the two as Wozniak felt that Jobs was abusive, and had changed. Jobs would cry easily, and he would put his feet in the toilet bowl in the middle of the day to wash them. For more stability, Michael Scott was brought into Apple Computer Inc as the president, Scott was fat, had ticks, and was highly wound.

Scott was argumentative, and Jobs clashed with him. Jobs produced conflict, and he was only 22 years old, but Apple was Jobs’ company, he did not want to relinquish control. Steve Jobs and Michael Scott fought about employee numbers. Steve Jobs wanted to be employee number 1, and Wozniak would be number 2. So Scott made Jobs’ badge number O but in reality Jobs’ pay role remained number 2. Scott was a pragmatist while Jobs was not. Steve Jobs started crying over a one year warrantee for the Apple II. At age 26, he had a successful company and the Apple II. In 1981, Jobs was kicked off the Lisa project and took over Macintosh so that he could make a contribution comparable to Wozniak.

Once at Macintosh, Jobs was considered to be a dreadful manager. Jef Raskin (who had headed the Macintosh team and disagrees with Jobs on most issues) said the following about Jobs:

Michael Scott was fired as he became more and more erratic giving Jobs more power. In retrospect, the New York Times wrote: “by the early 80’s, Mr. Jobs was widely hated at Apple. Senior management had to endure his temper tantrums. He created resentment among employees by turning some into stars and insulting others, often reducing them to tears. Mr. Jobs himself would frequently cry after fights with fellow executives.”