Historically: One time commission paid by investors (up to 9%)

1987 – Launch of deferred sales charge and trailers paid out of management fee of 2.5%

Banks start to focus on fund sales via branches 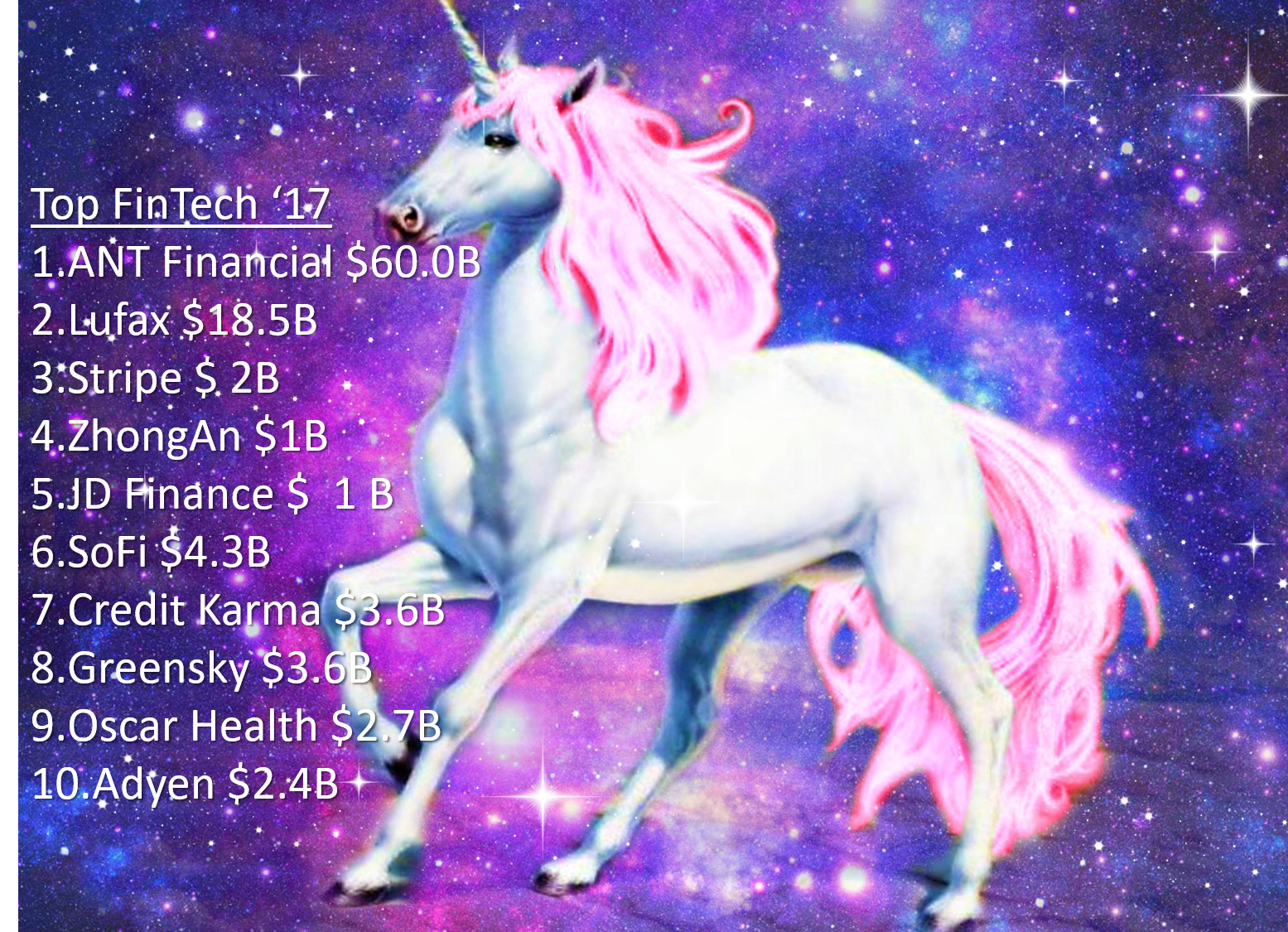 Where do the Unicorns Play? Where the bulk of high value unicorns based?

First of all, what are Unicorns: a) they are startup firms that have revenue of $1 billion dollars or more, b) they are privately held.

When we think of startups (in particular unicorns), we in the West tend to think of Silicon Valley is the epicenter with New York then maybe London, Berlin etc etc as hubs. There are many more locations where startups sprout obviously but Silicon Valley has the gravitational pull. Why would I start a scaling business in the advertising space anywhere but New York for example? However, when you look at the list of startups that meet the two criteria above, you start to wonder if you should have been born in China!

China is a new epicentre. Certainly The Economist & the Wall Street Journal has emphasized China’s rise. Note that this list above was generated in February 2017. It encompasses all kinds of startups but looking at the numbers most of the “startups” are Chinese based. The issue here is that there are great startups all over the world, from Kenya to Moscow, but without the scale of a 350 million person, relatively homogeneous state (language-wise) or a 1.3 billion person, emerging uni-lingual state (Cantonese is being phased out!); you’re startup is unlikely to get unicorn status.

So, it actually obvious on the one hand, yes, the US and China are large countries. So therefore their startups raise more capital, see here: The data tells is that unicorns are investment magnets.

Evaluating further, the top value unicorns are in the following countries, according to CBI:

Sweden’s sole contribution is Spotify by the way. Of course, it’s not just size, it’s culture, it’s infrastructure and it’s the people that are attracted to where there is money to develop innovative solutions in a serious manner.

Note that these companies are in fact financial payments services that have been spun off from the likes of TenCent (media) and Alibaba (e-commerce); ie. China’s emerging giants.

The 80s saw the emergence of the Leveraged Buy Outs from folks like (Kohlberg Kravis Roberts & Co) KKR’s Henry R. Kravis when he was worked to take over RJR Nabisco from the formidable F.Ross Johnson from the University of Toronto. Today, we see a resurgence in acquisitions. This is particularly pronounced in the consumer goods segment. The big 6 consumer package goods brands are buying up any new brand names that emerge in the digital age. For example, Unilever bought the following firms in 2016:

FinTech in America: Protecting the Banks

Why does US/Canada have a smaller FinTech footprint than China? Well China’s government wants disruption, while the US and Canada have entrenched interests in their institutions; see Canada for a corporatist example. The established players own the market place of innovation.  The US has a few large players but the established players still rule the roost. 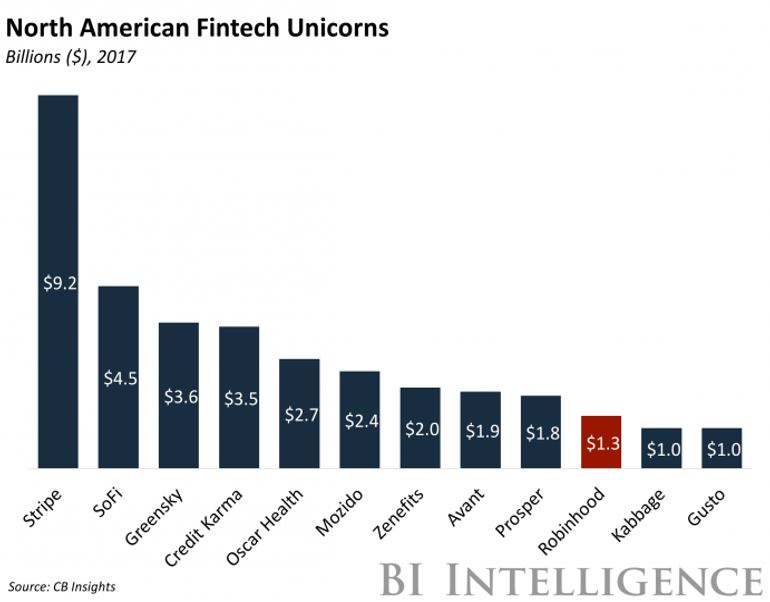 American/Canadians banks as more risk averse: One phenomenon is that Canadian banks are hiring at a lower rate even thought the economy is in an upturn. Usually, as the economy improves banks hire more staff. However, since the credit crunch, things have changed. Banks in Canada are highly regulated to begin with and they are highly protected, they also anticipate a significant increase in competition from FinTech. Management knows that the gravy train has dissipated and disruption may be coming soon. In addition, bank management wants to be on the winning side rather than the ones rearranging the deck chairs on a sinking ship of traditional banking.

Of the top 5 discussion items of any major Canadian bank’s board of directors, you have 1) Risk Management (exposure to losses), 2) Cost drivers in the bank, 3) Expansion out of Canada, 4) Succession planning (employee retention), 5) What’s going on in FinTech? So as a result in the last 5 years, each of the major banks in Canada have created innovation labs designed to snatch up talent in the Toronto area. In the process, they may be inadvertently be binding good people into pointless “me too” initiatives. A lot of that talent in these hubs may simply be an insurance policy in the event that disruption does occur; management can legitimately point to the fact that we did in fact have a strategy on the table. Optics over substance is a theme in Canada. Better to run a pilot to say we did something then take the risk and follow through on that pilot project. We’re risk averse, protected by regulations that prevent American banks from amalgamating and scaling within Canada. 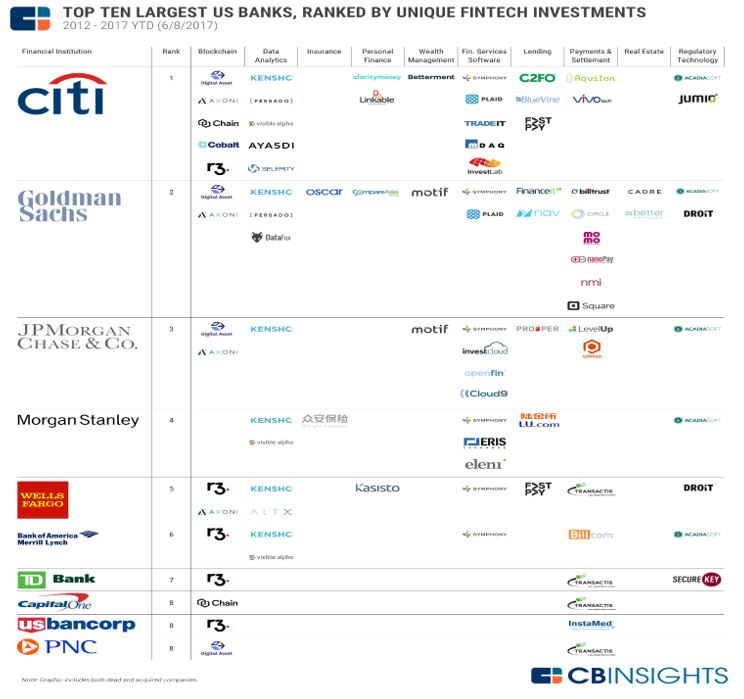 More to comes as we investigate FinTech further.