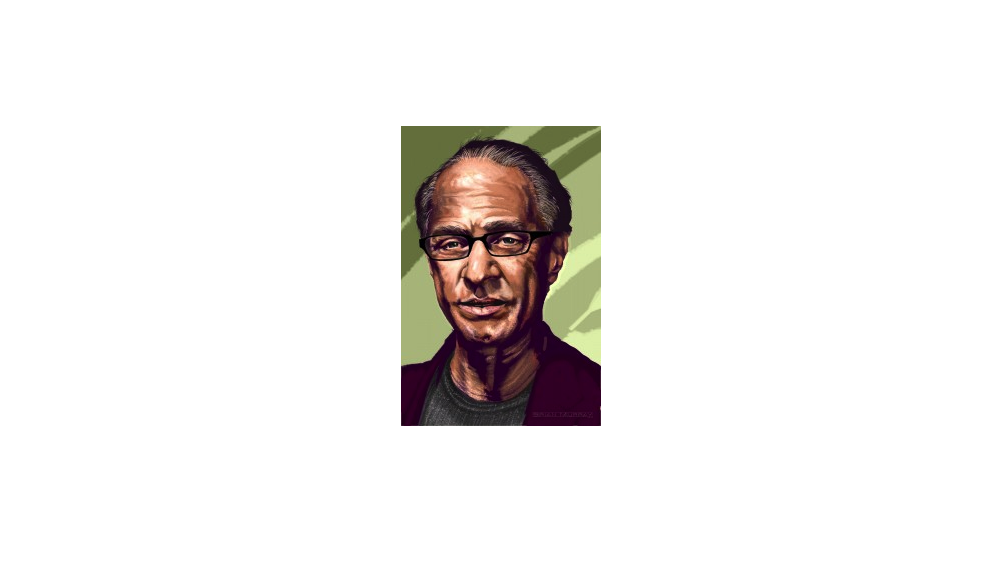 Here are the TOP 10 reasons that Kurzweil might not have super accurate predictions about the future of the entire human species: 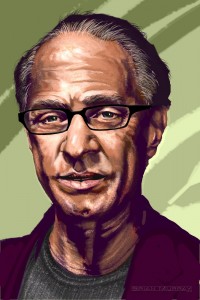 1)    NO ONE CAN PREDICT THE FUTURE ACCURATELY. No human being can know with certainty what will happen in the future, especially 5 years or greater. Will water levels rise in 2012 or 2013 sparking new action on Climate Change? Maybe. Not sure eitherway. If someone could predict the future perfectly than they would be billionaires, and we would all want to be their best friend. In the 1960s, people thought every household would have a robot to clean their kitchens. Did that happen? Nope. I consider Kurzweil to be the “You Will Have A Robot In Your House, Guy” of the last decade. He has cool ideas which are fun to think about, BUT you know what also is fun to imagine?….Robots cleaning my kitchen…where my robots at? Oh right, the prediction in the 1960s was wrong. Why was it wrong? Because of the following core critique which I have laid down to blow a giant hole in Kurzweil’s predictions: 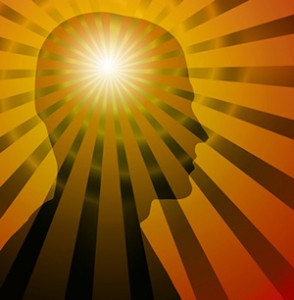 2)    HUMAN BEINGS ARE UNPREDICTABLE: the Arab Spring and protests in Russia were not something political scientists or anybody predicted would happen in 2011. BUT they happened anyway. Why? It’s because human beings can sometimes have control over what they want in the world around them. Humans have something (that in social science is) called: AGENCY. They can decide to mobilize, and protest a regime. Not sure when they will protest but humans can make random irrational choices. People can decide whether they want a Segway or not. People can decide if they want an iPad. Every time Apple comes out with a product, they take a risk. With regard to Kurzweil, people can decide whether they want to be converted into a computer or not. Some people will want to live forever as a computer, while some people will try to stop them for moral reasons. 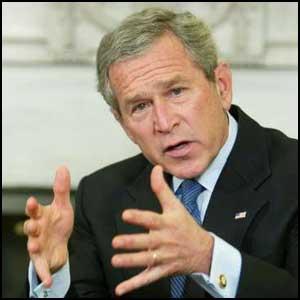 3)    Politicians are more powerful than technology when it comes to human life: In 2004, George Bush said that stem-cell research was immoral so he made it illegal to conduct research on stem cells in the US. For this reason, stem cell research was dramatically halted in the US. In this case a politician said “We will not allow that to happen” and he blocked cancer research on stem cell research in the US for a long time to come. Another guy who had a cult called the Raelians said that he would be able to clone a human being. Fine, the technology is there to clone a human. It’s just too bad that cloning a human is illegal. Politicians have difficulty controlling the internet like in Eqypt, and China, but they are pretty good at smacking down biological research and development when it is morally questionable.

4)    If it is possible, Kurzweil’s Singularity Will Likely Be Made Illegal: Assuming that he is right that computer development will follow his predictions to the letter, then some lawyers will come along and smack him and his idea of immortality down because of the legal implications, and the mess that immortality would bring. Why? Because immortality is not Christian, and immortality is probably only for the super rich. Organized religion will try to crush Kurzweil with an iron fist. Any technology that bi-passes human life cycles will be stopped from being legal. So the Pope, and other morally conscious politicians stopped a) Cloning, b) Stem-Cell Research, c) GENETIC MODIFICATION OF HUMAN BEINGS, making these activities all illegal. Legally speaking, transference to a computer would be an unpleasant, and desperate attempt to extend ones life in the first trial periods, many people would die in the transference tests. So, moving from human to computer might be made illegal I would think.

5)    EXPONENTIAL GROWTH & MOORE’S LAW MIGHT BE SLOWING DOWN: Kurzweil’s leap of faith is the core problem, which is that Moore’s law “will never slow down from exponential growth.” Once we let computers build themselves, they will start to do cool things like control human beings, and enslaving human beings….Whatever, some people actually think Moore’s law is not going to continue at its current rate. I don’t know for sure, technology is developing fast. Great, we benefit from it most of the time. 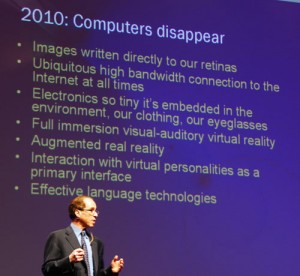 6)    KUZWEIL MADE A BUNCH OF PREDICTIONS THAT DIDN’T HAPPEN AND YET HE ALWAYS CLAIMS IN HIS BOOKS THAT EVERYTHING THAT HE PREDICTS WILL HAPPEN WITH FULL CONFIDENCE: Kurzweil’s predictions are just predictions, they might not happen. He is thinking in the right directions generally BUT many things he predicted did not happen. Read my blog posts. Kurzweil predicted many things that didn’t happen (see picture to the left). Why else would he create new editions to his books every 5 years? Because he needs to re-calibrate his predictions/and make more money! But yes, mapping the human brain will (probably) happen, and we will be able to program ourselves into that hard-drive BUT THAT LIFE WOULD BE ARTIFICIAL, AND IT MIGHT ACTUALLY SUCK LIVING FOREVER!

7)    FUTURISM IS NOT REAL SCIENCE: Predicting the future is what all science fiction tries to do. But it’s about exploring the current world and having some fun as well. I love science fiction, and yes, science fiction helps to shape what we might want in the future. For example, in an original Star Trek episode there is this typewriter that can understand human speech, and transcribes someone’s dictation. iPhone 4S does that today. So, yes science fiction inspires people. But, this example does not mean that everything in science fiction will happen. Example, Klingons are not real. Another example, George Orwell’s 1984 did not happen. Why would a Venture Capitalist like Kurzweil have all his predictions come true? There are thousands of Venture Capitalists that loose money every year! Kurzweil  makes predictions, these are not facts because 2045 has not happened yet. My blog posts explain why his ideas are cool but immoral, naïve, and dangerous with the outmost respect for his interesting book(s). It’s just a book, don’t believe everything you read! 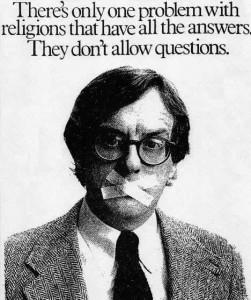 8)    YOUR FAITH IS MISGUIDED! There are a lot of ideas about the future out there. Kurzweil is wise for tapping into the Generation X market, and other aging computer geeks. These people are now more, and more aware of their own mortality so Kurzweil’s ideas are perfect for making some serious money by convincing people that they might be able to live forever, and exploring some cool questions, and ideas that have never been developed before. However, let’s see how Kurzweil is kind of operating a cult here: (1) How much money have you given Kurzweil in the last few years? If you bought two books for sure, and you have told about 100 people about this book, you would be a great little marketeer/prophet for Kurzweil’s publishing company. (2)Kurzweil has cultist tendencies because he attacks people who challenge his views. Kurzweil even says that people who want to curb the power of technology over human development are basically crazy Uni-bombers…..Guess who else associates detractors with criminals in this way; Scientologists! Think about the Catholic Church versus Dan Brown. “Dan Brown’s The DaVinci Code is a monstrous man, do not let his lies destroy our glorious religion.” These movements attack those who disagree with them because they know that their ideas rely on something beyond the purely logical. These movements, including Kurzweil’s, are about taking a leap of faith. Kurzweil asks his true believers to take a leap of faith. Just like when Jesus rose from the dead, science says that’s crazy. Or when AI get the legal rights of human beings, lawyers will say that is dangerous. Ever read Isaac Asimov’s I, Robot?

9) YOUR QUALITY OF LIFE: After these soul transfer proved successful, the problem would be the kind of life that one would lead as a computer. There are alot of What Ifs in Kurzweil’s predictions. What kind of quality of life are we talking about by the way if people are able to move towards being computers? What about people who cannot afford the transfer fees? It’s all very complicated, and interesting but moral people will try to stop this from happening….Of course, that is also a prediction. I cannot say for certain any of this will happen. What would happen if your soul was hacked? Why would computers continue to serve human interests at that point? You know, some basic questions Kurzweil under emphasizes.

10) TECHNOLOGY IS NOT ALWAYS PROGRESSIVE: You have to realise that technological progress has negative side-effects. Hiroshima anyone? Technology triggers moral consequences that need to be assessed. Just because we can clone Mozart, does not mean we should. Have you ever seen the South Korea kids who play World of Warcraft all day? It’s kind of sick. So with the above arguments which are pretty logical I think, I have challenged Kurzweil’s predictions, I like his ideas, I don’t think they will happen as he predicts though.