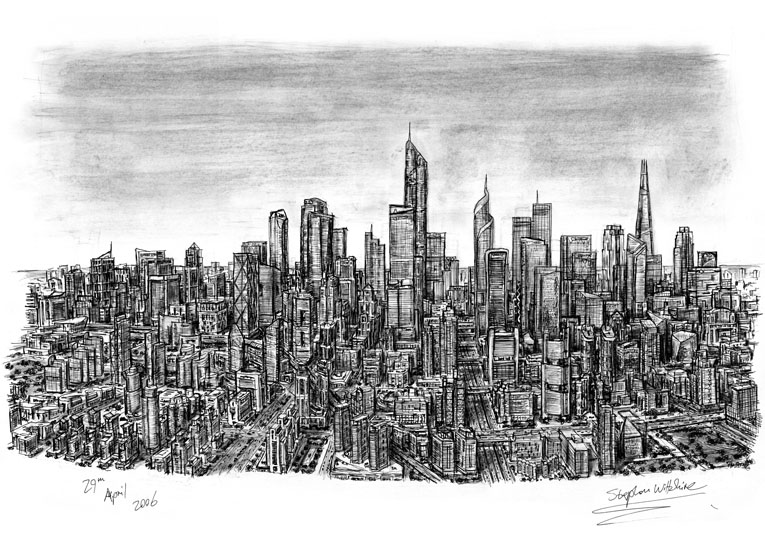 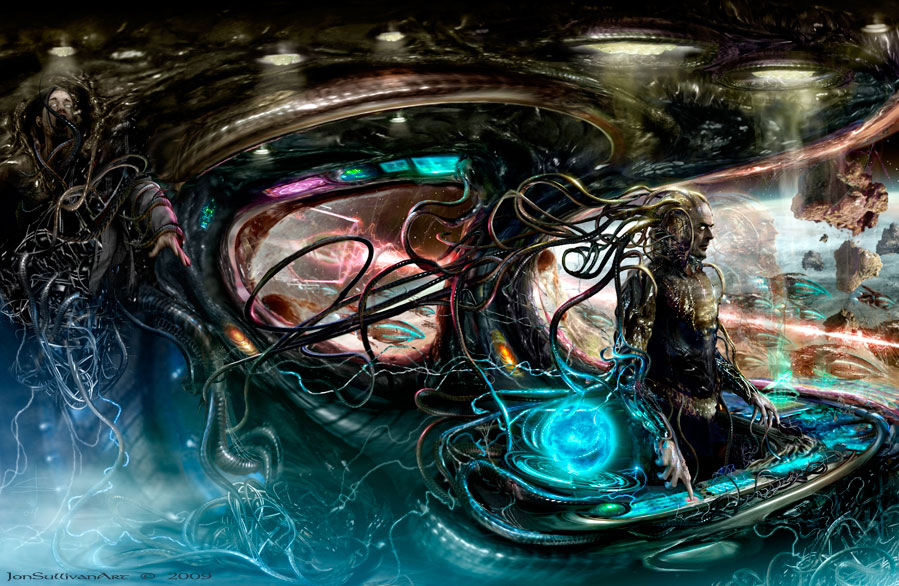 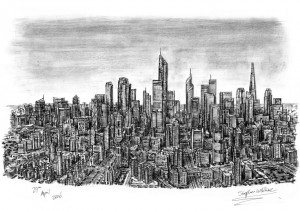 Aristotle has two distinct theoretical focuses; one is the theory of the ideal city while the other is a variety of constitutional models within realizable cities. The ideal model is discussed most lucidly in Book VII and VIII while the tangible regime options are laid out in Books III and IV. Aristotle divides the just and unjust regimes declaring that any regime acting to serve the common good is just (kingship, aristocracy, polity) and any regime acting to serve those in power is unjust (tyranny, oligarchy, democracy) (1298b26). By structurally dividing his focus, Aristotle wishes to demonstrate not only an abstract ideal city but also “[the best] possible, and similarly also the regime that is easier and more attainable for all” (1288b37) from the six models mentioned.

Pertinent to the understanding of the best possible regime, Aristotle’s The Politics diverges from the Republic in that he supports the value of the collective superiority of the multitude giving them authority within society in democracies and polities. Of the unjust constitutional regimes, democracy favours the implementation of a strict equality where the poor and the rich are treated as equal actors of authority (1291b29-30). Democracy is “the best of the bad sorts” (1289b8) of regimes envisioned and the democracy is desirable to an extent because an equality-based polis could serve to foster more inclusive community interaction much like the polity. Of the other pertinent unjust constitutional regimes, an oligarchy is present when the wealthy and better born have authority over the multitude. Democracy thus argues for a more inclusive citizenship than an oligarchy and so the polity, which is just, mirrors democracy while aristocracy, which is also just, emulates oligarchy. 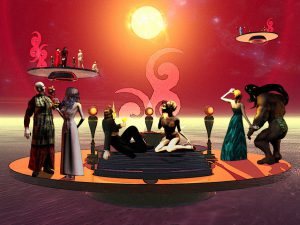 There are three just regimes that compete in the conceptualization of equality arguing that certain individuals and social classes are to be the ideal and only rightful authority in the state. They are the outstanding person (kingship), the few (aristocracy) and the many (polity). Although Aristotle claims that kingship and aristocracy are the best forms of government, he admits their improbability having asserted the collective superiority argument that “aristocracy would be more choiceworthy for cities than kingship” (1286b1-3). This is only possible with the unlikely superhuman leader. While both kingship and aristocracy are established on the basis of virtue, Aristotle also warns subsequently that it is “rare to discover men who were very outstanding in virtue, especially since the cities they inhabited were so small” (1286b7-9). Here, he asserts that there is a minimal chance of either an aristocracy or superhuman kingship from arising. Fortunately, the third just regime type called the polity does not require virtue (1294a23) as a prerequisite for authority.

The relationship between aristocracy and polity is very complex because they are similar but different. Aristotle admits that aristocracies “either fall outside [the range] of most cities, or border on so-called polity; hence we may speak of both as one” (1295a30-33). Aristocracy and polity are then one in the same to an extent but can be differentiated by the provision of virtue and the openness to the multitude. Based on the three principles “disputing over equality in a regime, freedom, wealth and virtue” (1294a20-21), aristocracy is a mixture of the three while the polity only includes freedom and wealth (1294a23). An aristocracy would not accept ‘vulgar persons’ because of the prerequisite of virtue where as a polity’s citizens are free but wealthy and do not require virtue like aristocracy. While the polity and aristocracy differentiate on the basis of virtue, the polity is unique from democracy because it is just and allows for private property to be assured where democracy does not. 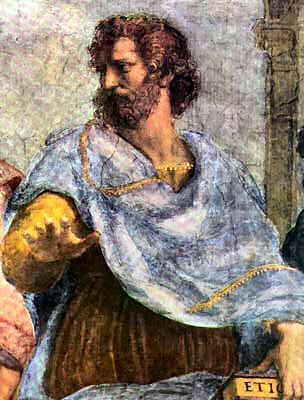 To further understand the polity, Aristotle uses the recurring motif in his work of the mean. The polity is the mean between oligarchic and democratic orders (1293b33). While there are several varieties of oligarchy and democracy, the polity is Aristotle’s best form of practical government over the other just constitutional models and stands to improve both unjust regimes. Since the polity strictly requires wealth and freedom (1294a17), the wealthy have more influence than the multitude on the institutions of government. Therefore, it is not entirely democratic but neither is it oligarchic and engages in mixing of legal organization, election of public office and merit between the two undesirable regimes as explained in Book IV, chapter nine.

The question remains as to whether the polity’s existence in reality is feasible. The polity first must be said to be the fifth regime type, which Aristotle admits, “because it has not often existed, it is overlooked by those who undertake to enumerate the kinds of regimes” (IV.7 1293a40). The polity has the curious inclinations of a free state with a wealth distributed (unlike Aristotle’s democracy) based on merit. Applying the theory of the mean, if there is a better mixture in the polity then the longevity of the regime is ensured. Unfortunately, where the optimum mixture lies is not conclusive and never indicated lucidly by Aristotle. This is likely due to the lack of examples of polity as mentioned above. The polity is not impossible but merely improbable, much like another form of mean called the ‘middling class’. 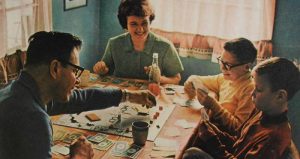 Polity is possible and would best function with the mean of the ‘middling class’. It is crucial for the viability of the polity that the domination of the middle class occurs by outnumbering the two extremes of rich and poor. Poverty and great wealth are morally corrupted extremes according to Aristotle because the ‘overly handsome, overly strong…or the reverse of these things, overly indignant, overly weak…[makes it] difficult to follow reason” (1295b6-7). The centrifugal forces of class interest would tear the polity apart, however Aristotle correctly observes that relative calm is possible with an expansive middle group. It is evident that these two means of polity and middle class parallel each other. It must be noted that at the time of Aristotle these means were both scarce. 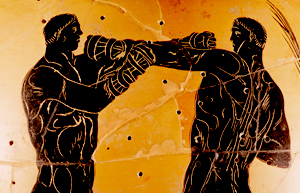 Since polity and aristocracy are so closely related, Aristotle mixes aristocracy with polity over the issue of virtue as a mean when dealing the middle class theory. Aristotle states that if he was correct in Nicomachean Ethics “in believing that the happy life is one in accordance with virtue and unimpeded, and that virtue is a mean, then the middling sort of life is best” (1295a38). Aristotle ideally desired a strong virtuous middle-class, which would require a significant number of citizens only possible with a polity. Thus a polity must mix not only democracy and oligarchy but elements of aristocracy as well.
Aristotle’s mean theory is remarkably apt for modern liberal democracies, which require a durable middle class. The middle class is the balanced centre that ensures neither the two extreme classes gain full control under their political self-interest. “Where the multitude of middling person predominates either over both of the extremities together or over one alone, there a lasting polity is capable of existing” (1296b36-38) similar to when there is a properly mixed polity. Conclusively, with the recent emergence of the domination of the middle class in the 20th century, Aristotle would likely be pleased with that element of modern society. 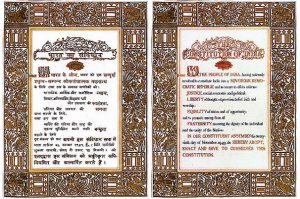 Polity falls short of the ideal city because nothing can compare to the abstract ideal city extrapolated in Book VII and VIII. However, the necessity of virtue and public education are discussion points in regard to the polity and in Book VII. In the description of the polity, Aristotle supports the “wealthy [being] reared in similar fashion to those of the poor, and they are educated in a manner such that the children of the poor can also [afford it]” (1294b23-25). This and virtue are elements of the ideal city in Book VII. Therefore the polity sets the groundwork for the ideal city Aristotle wishes to create.
Identified in the polity, the designs of the best possible constitution play into the ideal city. The polity and aristocracy are precursors to the theoretical ideal city of Books VII and VIII. The intersecting relationships between polity and democracy, polity and aristocracy in addition to aristocracy and oligarchy are complex and subject to interpretation. The various constitutional models all have benefits but Aristotle’s best possible regime is indeed the polity.