The following are in depth research notes on Communism, Nationalism and Russia from the perspective of both Eastern and Western academic thinkers.

Politics, history, psychology are complicated. When the Soviet Union collapsed, the territorial maps were redrawn. Many Russian nationals become minority citizens of new countries that were formed. The following is an analysis of that story. It’s implications for nationalism studies today and in the future. And in some ways an answer to what Putin wants.

END_OF_DOCUMENT_TOKEN_TO_BE_REPLACED 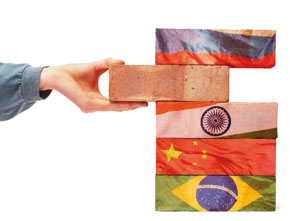 MBAs Inter-Semester Travel: Go to Brazil, India, China, or Russia, which is now the standard inter-semester trip for MBA students. MBAs have an arrogance to them. Do not go to these places with hand sanitizer in your wallet or purse. These trips are liable to be dominated by booze, clubs, shops, and corporate entertainment. These places are where all the venture capitalists are going. Being a Venture Capitalist is easier than climbing the corporate ladder, all you need is one major success, then you will have 100s of entrepreneurs pitching their ideas, and you get to pick the best ones. Although, it is very risky, and many VCs fail.

2 Years of Banking or Consulting is a Plus: for getting into an MBA Program, some experience in consulting or banking is a major advantage. You will need to be rather tough minded because you might get depressed with all the analysis and 18 hours days. MBAs are insecure overachievers. 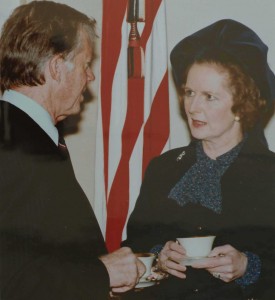 On Jimmy Carter
Profited from Watergate not his candidacy’s appeal to the American public. Carter lacked the understanding of economics. Believed in what Thatcher thinks were ineffectual price controls on gas during the OPEC crisis. Believed that Communism was an exaggerated threat, as did his Democratic Party. Consequently, Carter was not prepared for the invasion of Afghanistan and the Iranian seizure of American diplomats as hostages. Carter had no vision for America. Carter was over concerned with details and agonized over big decisions.

On the Middle East Crisis of 1980
The USSR invaded Afghanistan with a pro-communist coup d’etat. The USSR was possibly motivated by the Oil crisis to find an expedient route through which oil could be exported to Russia. The USSR was attempting to cause communist uprisings all over the world. Carter was disappointed that the UK would not freeze all Iranian financial assets, which would have ended London’s position as a world financial centre, according to Thatcher. Iraq and Iran began their war of attrition in 1980 further threatening Western interests in the region. 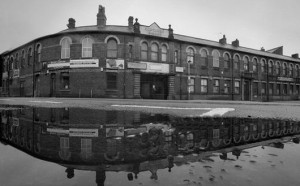 On Britain’s Industrial Problem
Britain was not internationally competitive. Their industrial reputation had steadily declined in the post-war era. Productivity was low before Thatcher. The problem was not the level of wages but the competitiveness of workers. The steel union BSC attempted to cut all supply of steel in the UK until they received better wages. Thatcher waited until March 1980. The steel supply was still able to continue despite the union’s attempts to strime. The union was demoralised and required a face saving arbitrator the ACAC (Advisory, Conciliation and Arbitration Service). The union got substantially less then they demanded. Their union workers were not very productive or efficient which is part of a cross industry trend. Trade unions push wages up while weakening a commercial enterprise’s competitive edge. Thatcher believed that, under successive Labour Party regimes, communist and socialist radicals had risen to the top of union organizations. These people were poisoning the organizations. They consolidated their power by intimidating their members making certain that they could not leave those unions. The Engineering Employer’s Federation (EEF) conceded a 39-hour week, increases of 13 pounds a week for skilled men and an extra week’s vacation setting a precedent that would weaken all management/union relations.

On the Iranian Embassy Siege
Terrorists captured Iranian Embassy at Prince’s Gate in April of 1980. Thatcher believed these terrorists were acting on the perceived weakness of the western powers as demonstrated by the Iranian Hostage crisis of 1979-80. Thatcher needed to defeat these terrorists somehow. Operation Nimrod was a success. Denis Thatcher was proud of the killings of 5 of 6 terrorists and famously lamented the survival of the 6th assailant according to Wikipedia.

Fortune Favours The Brave: MacArthur was certain that China and Russia would not intervene in Korea. He wanted to win the war with one bold stroke but Truman feared that this proxy war could explode into WWIII. MacArthur eyed invading North Korea and to continue beyond. MacArthur began to intervene in public policy. MacArthur said that Chang High Chek and Formosa needed to be defended he felt it was not fair that this would be unfair to Asians. Truman fired Johnson and nominated Marshall. MacArthur wanted an amphibian assault in Northern Korea at Inchon. It was the riskiest proposal because of the coastal mud and cliff-faces. Montcalm was defeated in Quebec by Wolfe’s climbing of the Quebec City walls; this was a similar situation to MacArthur’s Inchon. Ultimately, MacArthur’s Inchon invasion was a success. The causalities were very high, however. In 11 days Seoul was retaken. Half the North Korean army was split in a pincher movement. It was a military miracle. The question was then whether to cross the 39th parallel. MacArthur wanted a hot pursuit of the North Koreans. The excitement of victory against North Koreas engulfed MacArthur’s already shaky judgement. He believed that basic military action says that you should chase your defeated enemy until they are destroyed. Underpressure, MacArthur was authorized to invade North Korea. MacArthur was not to cross into China, however. Carrying north was risky: a) Chinese intervention b) winter.