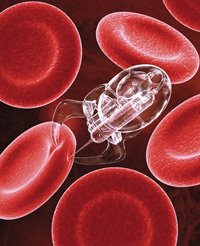 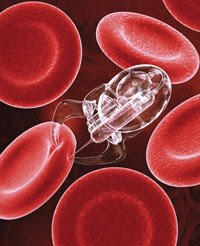 2029: The human brain has been mapped. Computers can pass the Turing Test.

It will now be impossible to disengage the human-machine society.

Cyborgs: Computer implants have been made for the eyes and ears…implants help the mentally disabled and create super-geniuses.

Human Factor: The ethical, social implications are massive. What kind of people would allow testing on themselves? Will human psychology allow for people to mess with their bodies to that degree? How could we be certain that there are no side effects to the implants? How does this effect a person’s status in society? Some of the chosen affluent people will be able to remember details clearly while a sub-class poor natural humans will be subordinate. Kurzweil’s predictions would create a deeply divided hierarchical society of implant people and non-implant people. The consequences could be major violence. Why should certain people be allowed to have computer implants while the poor are not allowed to have those advantages? Do we want inequality between people to increase so greatly by allowing certain people to excel in their biology exam while others must rely on natural intelligence? Disabled people might be able to use neural implants, but should they reduce the advantages of their conditions? Ask yourself whether Stephen Hawking would have written A Brief History of Time if he had Kurzweil’s implants? World governments would likely ban most cyborg implants for ethical reasons similar to the ban on human cloning. This doesn’t mean that implants will not happen however.

The God Spot: a tiny locus of nerve cells in the frontal lobe that appears to be activated during religious experiences. Should we trigger that with an implant? Could someone use this technology to force massive religious mobilization? Where do we draw the line on implants? The temptation is clear but the consequences are dire. Should we allow, pleasure through technology at any cost? We must tread carefully.

Human to Computer Interfacing: Most communications occur between human and computer not human to human.

Human Factor: This is an absolute disaster from a societal standpoint. What is the point of living without friends and human beings? Why is playing World of Warcraft more valuable to human being than making real meaningful friends? Only a small percentage of people are computer nerds, this would be desirable to them alone. Why should the rest of society suffer because computer nerds don’t know how to ask a real girl out? This may further anti-social behaviour and centralize power in small groups of elite who could control the sedated masses.

Virtual World Cannot be Differentiated from Real World: Is escaping from reality going to continue down this path? Are our kids addicted to video games resulting in major psychological damage? Do they understand morality, spirituality? Good citizens need to make sure that the World of Warcraft does not become the only thing that really matters to most people. Escapism through drugs etc is self-destructive because it is selfish. Technology is extremely dangerous for human society for the same reason. This virtual world may limit human potential in the real world and enhance the virtual world to levels that detract from natural human development. There is too much of a good thing. Governments will likely tax the use of virtual reality. Governments will likely require addiction centers for video game users.

Telephones will translate into different language.

The skill ladder will require computers to do the thinking for humans.

Cyber Sex: people can have sex from long distances around the world.

Human Factor: The ramifications for the human species are massive. The traditional family might not be necessary if safe sex with complete strangers is possible with the click of a button. Why would anyone start a family? Having sex with multiple partners in a virtual environment might not be such a great idea. The consequences of actions in the virtual reality will be easily undone. Killing someone in virtual reality will not result in jail time. Virtual reality could be used to facilitate human desires that are unacceptable in the real world. This may further anti-social behaviour and centralize power in small groups of elite who could control the sedated masses.

One of the greatest documentaries of the 1990s, Errol Morris weaves Stephen Hawking’s private life experience with Hawking’s groundbreaking research into the nature of time, the event horizon, and whether or not the universe had a beginning or will ever end.