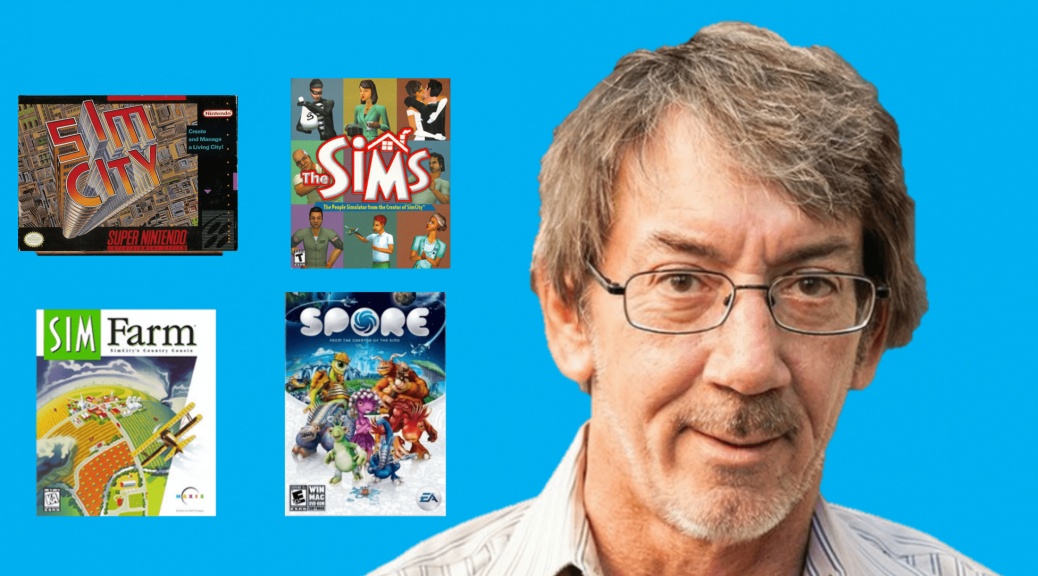 Will Wright in a Nutshell

Video games Wright has designed: Raid on Bungeling Bay (1984) SimCity (1989) SimEarth (1990) SimAnt (1991) SimLife (1992) SimCity 2000 (1993) SimCopter (1996) The Sims (2000), Spores (2008). Will Wright is the game designer behind wildly success simulation games / non-zero sum games. SimCity was one of the first truly viral single player zero-sum games on the market in early the 90s. He went onto develop SimEarth, SimAnt and SimFarm to name a few. He then developed The Sims which was another massive hit. He also create Spore and is currently working on Proxi….below are notes from his Masterclass as well as interviews over the years. Enjoy!

The Fundamentals of Game Design

You should understand that games are a vehicle that helps us derive an alternative perspective on reality. We observe reality only through our own perspective, games enlighten us by providing another perspective. As a game designer, you are really just building a toy. It is when the players plays with the discrete toy that it turns into a game.

Psychology of the Players, Designers and Co-workers

Both people can win! It doesn’t have to be violent to be fun. Will Wright was never really interested in zero sum. You don’t have to build the largest city. Certain players are just trying to build fun cities where their imagination can be invested. We are able to externalize imaginary world.

Once you have a game idea, it’s more emotional = more important to you. Game designer can do any product area and it’s cool. Find your palette for exploration. Ant colonies are very intelligent. So take this into an approachable game because it has the potential to be very emotional.

You had to go to the library. For SimCity, Will Wright had actually started from another game idea which was an helicopter bombing game. Then he researched systems thinking and urban systems to support SimCity. You shouldn’t really look at the real world but rather other research that attempts to understand and describe that world.

The Sims looked at how we spend our lives. How do we improve ourselves. By delivering a speech in front of a mirror, by reading lots of books, your Sim improves their standing in the world. So the game reflects reality but is not a full simulation, it is a still very much a game.

Zero In on A Concept

Coming Up with Ideas: Randomizer

Want to come up with a creative idea really quickly? Go on Wikipedia an click on the “random article” button. Read the articles that you find interesting…

Here are some free and inexpensive engines for you to explore: Unity, Unreal, Gamemaker Studio, Twine, PuzzleScript, Godot, and HTML5.

The Relationship Between Story and Games

I imagine what they think of me. They think of who they are from my perspective, often. We collect data through our senses. We identify patterns. We apply schema to organize experiences and predict outcomes. We are You observe what the hypothesis is and experiment and understand. All our models are played in the schemas (expectations, categorizations), and the model and the behaviour.

Allow your Mental Model to Diverge from Reality

SimCity doesn’t match reality. What is correct, versus what is entertaining? As an entertainment designer, a real city is much more political and not something fun. The real world of municipal government is not a game for Will Wright.

Motivate Your Player, Then Get Out of Their Way

If you can get players motivated. You follow your own games. Once you get motivated, then get out of the way. The most fun people have is when they can draw a cause effect with their actions and the outcome in the game.

There was a pottery class where one half of the class was told that their final grade would be determined by the quality of their best pottery. The other half of the class, their grade would be determined by how many pots they made. Of course the more pots you make the better you get at pottery. So the students that were graded by how many pottery projects they finished also tended to have the best quality pottery.Failure as long as it’s entertaining.

The user actually creates a causal; the players are imagining the simulation is better than they think.

Monte Carlo Method as a Shorthand for Statistics

When in doubt, double it

If you double it sometimes the idea that is prototype that you are building, you need to recognize failure and the move forward and Will Wright was working on a helicopter bombing game and was designing cities to bomb when suddenly he realized he was having more fun designing the cities. The cities that he was designing turned out to be the most interesting part hence the creation of SimCity.

You start UAT testing of the game. The user might come up with how something fix. Try “Kleenex Testing” just watch two people try to play your game. They will talk to each other about the game. They do not have any assumptions about the game… Find out how they play why they are not pressing the right button. They will explain what they think about the game. These types of testers are helpful, you have no intention of having they play again hence they are Kleenex testers. The model or filter can actually be very different from what I was thinking. Then you need to attack the risks of the user experience.

Decipher Underlying Problems: you need to do option of X, Y and Z.

Signal versus the Noise

You could adjust the model, Will Wright got caught up in creating the perfectly complex models and saw that they didn’t really like that complexity. The Sims was simply fun because you could mess with the people. You should revisit the assumptions with the way people are interpreting what you have done.

Focus group testing s something that is kind of useless. It’s a big mistake to basically try to get your audience to design your game. They will frequently say what they think the interviewer wants them to say.

Sound Design is very powerful. Players will imagine that the game has better graphics because of the sound design. Film score music is incredibly powerful in effecting player perceiption. And it is a lot easier to prototype music than any other art so getting that right is both critical and very possible.

Here’s why it’s cool to build a city. Talk about this is where YOU can do X. It makes this more interesting.

Why is that going to fun. People will try put you into a landscape of games this is just like X game. You can take this into a totally different direction by anticipating their questions. And reshaping their perception.

Technology, the demographic and the type of gamer is critical in console development. Understand your game in relation to the types of platforms that most make sense.

You want to have constructive meetings, you would have a cannery in the coal when someone asks a pointed question. You should stop the meeting at somepoint. Arbitrary time frames like 1 hour should be avoided just stop the meeting.

AI could Fundamentally Craft the Game

Neil Stephenson Diamond Age: the computer is customizing the game around you to make it more interesting and then have people that have a shared vision meeting each other.