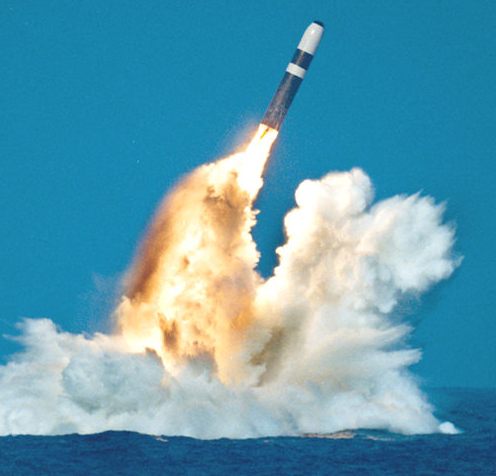 On the Generals, Commissars & Mandarins
Thatcher disagrees with the view that peace is more certain with the slowing of progress on defensive technology. History has repeatedly demonstrated that deterrents are better means to that end. The atom bomb on Hiroshima and Nagasaki for example. Aggressors do not start wars because their adversary has built up his own strength they start wars because they believe they can gain more by going to war than by remaining at peace. This is the fundamental defence analysis that Thatcher espouses. Regarding NATO, it is essential that the USSR fails in their attempt to drive a wedge between the US and its European partners (Britain most importantly). NATO must be united against the USSR in order to be effective against possible invasion from the East. NATO was no military threat for the USSR only a philosophical threat of freedom and justice. The Soviets were pressing to gain military advantage. Effective internationalism must be built on only strong nations. Global citizenry weakens the will of individuals to fight for their country. Agrees ion must always be firmly resisted.

On the Trident Purchase
Britain needed to retain its deterrent against USSR. The American Trident missiles served this purpose. The Trident deal did not allow Thatcher to turn the key (no duel key). She justifies this by stating that the cost of owning the missiles was too high and that the US would be best prepared in the event of nuclear attack to coordinate retaliation. Thatcher used her relationship with Reagan to secure a reasonable and equal deal for the Trident II missiles necessary for UK defence.

This film is an absolute treat for the high-minded literary type. If you’ve ever read F. Scott Fitzgerald, or Ernest Hemingway, this film will be a true moveable feast for the eyes, and the youthful heart. Midnight in Paris is likely to be Woody Allen’s best film since Annie Hall. Go see it!