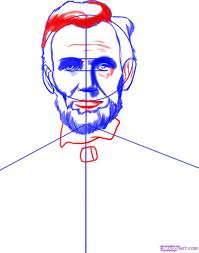 Never say more than is necessary: Lincoln did not campaign by discussing issues that might create gaffes in 1860. He had other Republicans campaign on his platform & Lincoln’s life story: boyhood poverty, pioneer background, native genius and his rise from obscurity. Free labour was the undercurrent: any young boy could work to rise to the top. The Democratic campaign had to dig around for speeches he had written while a prairie lawyer. Going through his trash was difficult but his opponents did manage to cause some harm, particularly the Lincoln-Douglas debates, which exposed Lincoln’s anti-slavery bias. Lincoln simply stood for the Republican Platform in 1860 with local campaigns doing all the talking. He never campaigned explicitly on slavery because he would not have won an election that way. Most people knew where he leaned but as long as he didn’t make his views explicit he could be inoffensive. This is a tight rope because if you don’t indicate some direction, no one will care to vote for an unknown sum. Obfuscation is a great tactic for gaining tacit consent from the people whose views you are supposed to represent.