I read his Big Fat Lies and the Liars Who Tell Them after stumbling on it at a retirement community library in South West Florida. Sometimes the jokes fall flat. He’s not hilariously funny. But he’s funny. Knows how to construct a setup and punchline appropriately. The Giant of the Senate is hilarious. Reading his biography of his time in comedy and politics is enjoyable. Here’s what I got out of it:

Al Franken Is Awesome, This Book is Inspirational:

The book lays out how laws are really passed or not passed. For example, the Republican obstruction during the Obama years was something anyone could see; but the depravity of the whole thing is made clear in this book. Delay, delay, delay; it’s rather frustrating. Franken can be a bit sanctimonious at times about American values, sometimes conflating US values with Democrat values, but that’s okay, he only went to Harvard i.e. not the smartest cookie. However, Franken’s stories about how difficult it is to pass legislation is very instructive. He mentions Saskatchewan although he miss pronounced it. He talks about Indigenous rights in Minnesota and Indigenous education. He does however recognize that the media is partly to blame for the free media Trump was able to garner throughout the primary and real race. Overall, I’m really impressed and might start a podcast, I’m that impressed.

About SNL, John Belushi, the De-humanizer and the Show-Horse versus the Work Horse:

SNL writers believe that you have to write jokes for people who don’t know about politics and reward those who do with a few wink wink jokes. When Bob Woodward wrote the book on John Blushi’s comedic career, the book excessively forces on Belushi’s cocaine addiction which Franken also had for a time (the SNL work load was grueling).  Franken had a joke about how kids were downloading bestiality which was really well constructed and which I won’t reproduce here, but his opponents turned the joke into a serious statement about being pro-bestiality. Franken realized he had to be serious in the US Senate.

Fundraising is 80% of What a US Senator has to Do, and that’s Sad:

Franken describes all these ridiculous calls that he has to do and it’s all about money. First of all, his sales pitch in the book is terrible. “Hi, you democrat, me democrat, me need money, you money have.” And sure he gets money from comedian friends. Franken seems to have come into the US Senate as an original, and let as a copy. Still Franken is cool, don’t get me wrong.

Franken is a Partisan Thinker, and that’s Sad:

Franken doesn’t realize what Jane Jacobs and Socrates knew; that ideology is a means of aggregating vote totals. It’s a means to power, and politicians, use ideology to bolster their support. Language is inexact and leads to hilarious word based debates rather than data based debates. Democrats and Republicans are ideologicaly camps that simply prioritize different areas of political resource allocation. End of the discussion, do I need to draw a diagram. Fuck! Franken says that the US Senate is not a discursive dialogue…Sounds like it. But perhaps, Franken is part of the problem? Franken says; Democrats have better ideas just not as good as explaining those more nuanced ideas….eye roll. He then says things like “if you believe in clean water, you’re a Democrat.” His persuasion is partisan and hammy….

Franken on Climate Change, part of the problem is language:

Franken is so bound by his upbringing in an era where there was no internet. It’s sad. Here’s an example of the language problem. The Climate Change discussion is interesting, the Republicans and Democrats are binary; their intellect deficient. One says that the climate is always changing and Franken says, man is causing climate change. Um, you’re both wrong! Nuanced politicians! Are there any? Probably not. Why? because they need to corral a spectrum of thought into a binary. Of course, humanity is impacting earth’s climate, the very house you are sitting is human created. Do you really think that humans are not effecting even at a 1% rate on the planet’s Earth? The debate should be really around what to do about the fact that our species might be under major duress in 100 years time if we continue to change the parts per million of CO2 in the atmosphere. Denying that CO2 is being produced at a greater rate by humans (who have the brains to reduce or increase production of CO2 i.e. not a volcano) is not what Republicans are doing for the most part. It’s about the economy stupid and about predicting the future of weather being, um, difficult at best.

Al Franken Is Thoughtful but Still Partisan, Did I Mention That?:

Franken thinks in terms of society. He sees the government as a positive contributor. He also believes that lawyers are over-represented in politics. You have to pull yourself up by the bootstraps by the truth is that you need a pair of boots and only the government can provide you boots. Any of those statements disagreeable to you?

The Ted Cruz Chapter Is Hilarious:

What Now for Al Franken?:

There is a line for comedians that you cannot cross. That line is retro-active. Humour can be weird but there are major risks when you make off colour jokes or abuse you fame to force yourself on others. The lesson is clear as day: leave your sexual impulses at home.  Franken resigned so that Democrats could take the upper-hand against Roy Moore AND because at the height of MeToo: due process did not matter in the court of public opinion.

If You Cannot Afford to Take Risks, You Should Not Be Involved In Politics

Politics is a blood sport. You can only commit transgressions if first, the transgression is understandable, common or somehow justifiable AND you are really good at getting things done in public office and can truly lead with a dynamic vision. Otherwise, you’re like a provincial court judge or other bureaucrat; any significant mistake will standout because you have been trying to be perfect at all times. 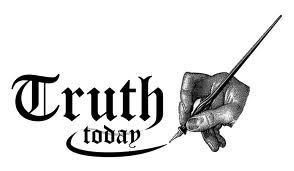 • The Truth is Rarely Appealing: People don’t want to know that their livelihood is not worth saving, that they are ugly, or their town stinks. Some people are completely screwed and cannot be helped out of their false consciousness even if you tell them the truth. To complicate this point immensely, the truth does not even exist: there may not be an objective God controlling truths in the universe. Even if you profess to know the harsh truth about something, you might actually be lying anyway, because you are wrong. So do what Lincoln did: Lincoln didn’t become president by telling people what he felt was the truth, he told people what they wanted to hear while being perceived as being truthful. Being able to say what people want to hear is the key to rising to power. Reading people’s desires is absolutely essential. Don’t think about what you are thinking, think what they are thinking. The Republicans wanted to hear that his was moderate candidate who did not offend anyone. Lincoln has probably been mythologized by those who won the Civil War to the extent that all his faults have been stricken from the record. Some historians believe he was a homosexual with extra-marital relations, his wife Mary Todd was in fact a giant villainous woman, slavery was not the reason he ran for president etc.

Visit msnbc.com for breaking news, world news, and news about the economy