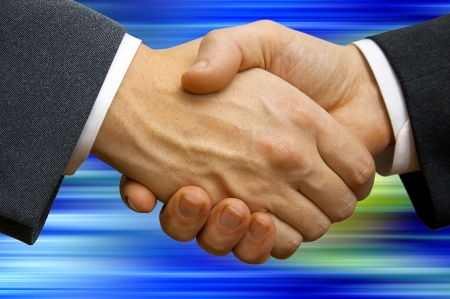 • Never Trust a Lazy Ditherer: Lincoln wanted to help with war strategy but McClellan misled Lincoln for most of the early part of the Civil War. McClellan had the opportunity to crush Robert E. Lee’s army at several early stages of the war but hesitated using the excuses that he needed more resources or that Lee’s forces were massing. The Army of the Potomac was wasting away because of McClellan’s dithering. Some historians believe that McClellan’s objective was to delay victory until he could reap the benefits that would springboard himself into the presidency of the United States as the Democratic Party’s war candidate. Lincoln was being played by a scumbag, but he could not really know for sure if McClellan was telling the truth or not because McClellan was using plausible deniability to get the results he was seeking: inaction. McClellan was demoted but even then McClellan was trying to tell Lincoln how to do his job. McClellan ran against Lincoln in 1864. Fortunately for Lincoln, McClellan lost handily.

• Again, Always Save Face with those You Defeat: Abraham Lincoln created a Team of Rivals who all thought they could do his job better than him. The only problem was that they had not been elected president. He was respectful to them and gracious enough to give them cabinet posts in his new government. He took their advice. A) When there was pressure to remove Seward from his position as Secretary of State (1862), Seward sent a letter of resignation to Lincoln. Lincoln first denied that Seward was behind the Presidency’s weak performance on the war. Lincoln had Chase send a letter of resignation over Seward’s resignation. Lincoln then publically rejected those resignations thereby reaffirming both Seward’s and Chase’s value to his team and the country. The strength of the Team of Rivals was that each of those people would be peeing outside of the tent and not inside the tent, as LBJ would later explain. B) The more obvious saving of face occurred at the war’s end. Reconstruction required that all the southern states be brought back into the union as long as those citizens swore to take an oath accepting emancipation. State would be reestablished with a 10% voter agreement. Confederate officials wee punished however. The South was helped in reconstruction in every means possible. There were no reparations; their punishment had been already allotted in defeat. Radical Republicans felt that Lincoln had gone soft after victory; they wanted to effectively seriously damage southern reconstruction efforts. When a union general asked what to do about defeated Confederates, Lincoln said, “Let ‘em up easy.”