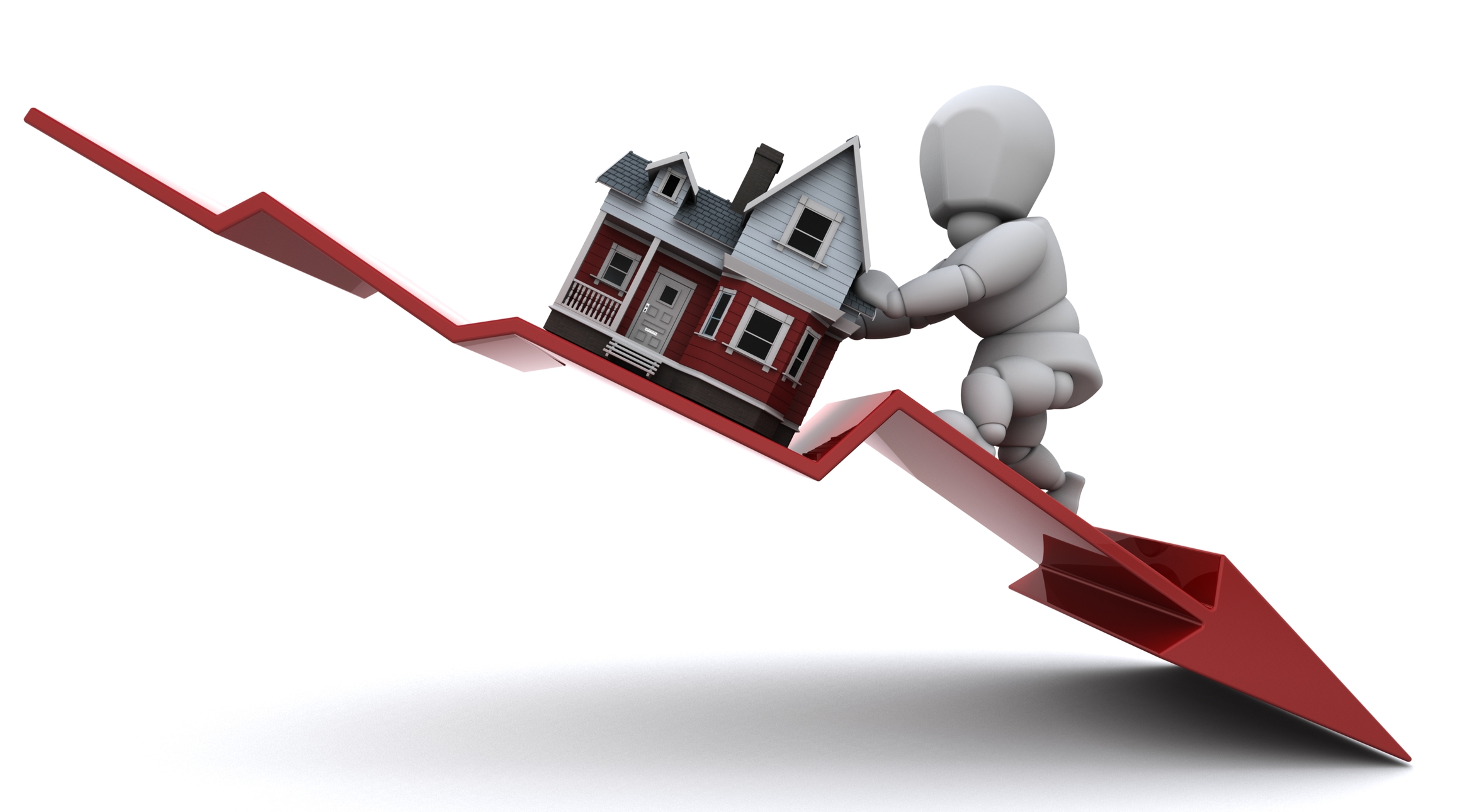 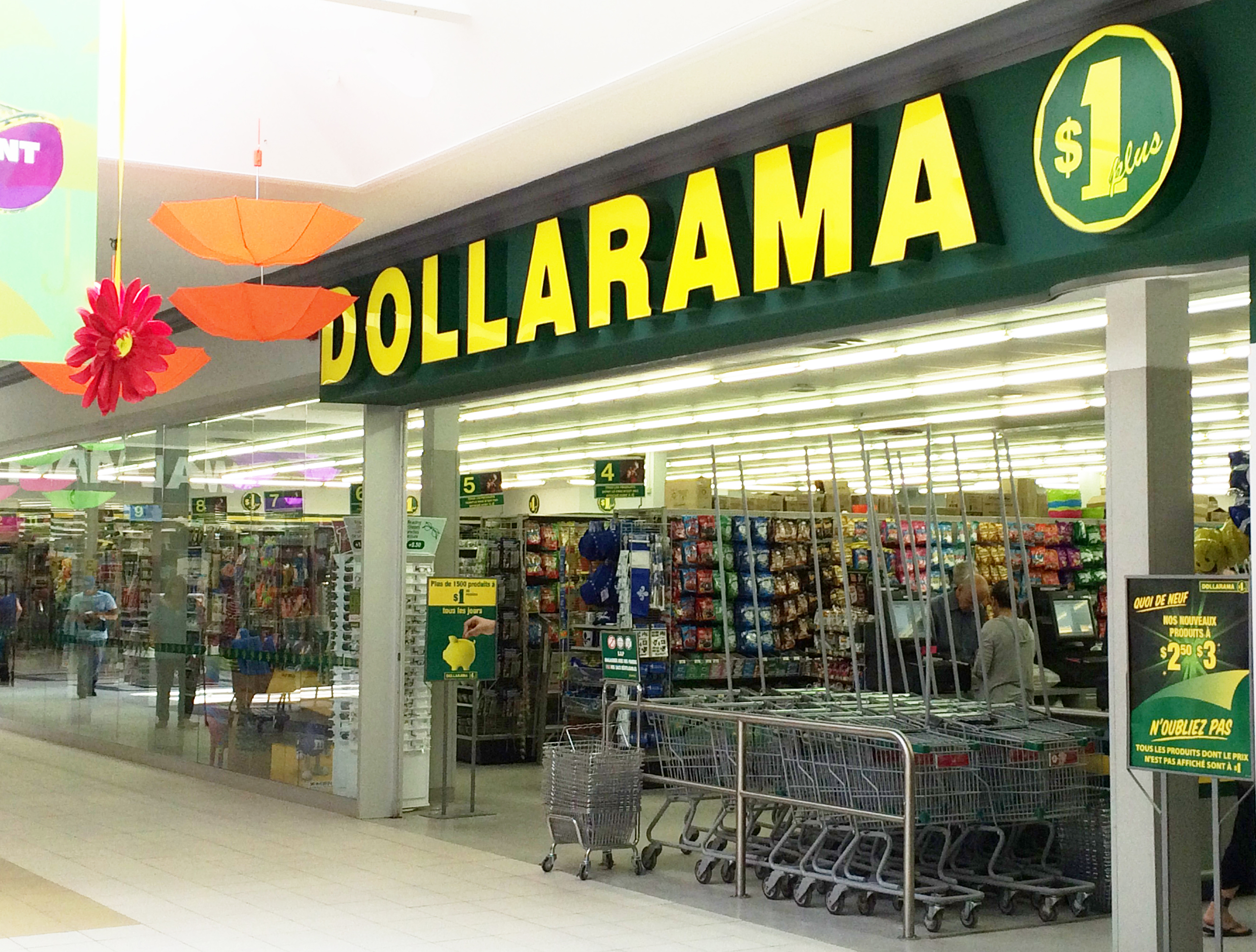 Dollarama: Looking at their Industry leadership in Canada and Earnings Management 101

Dollarama IPOed in 2009 and become a Canadian darling trading as TSX:DOL. Then in June 2014 which is the first quarter of their 2015 financial year (fillings standard), they changed the useful life of all their stores & additional fixed assets from 10 years to 15 years. So what? Well, this spreads the rate of depreciation over a longer life time. Assets stay on the balance sheet longer and that means that Dollarama has a lower amount of depreciation expense per year. Since depreciation expense take away net income, the effect is that: in Dollarama’s case:

What Milstead is arguing is that Dollarama had to hit analyst expectations. Gross margin was down in the first quarter so how was that going happen?

You can imagine the C-suite discussion: “We wanted to maintain a premium valuation.” What’s a bit shocking is that adjustments on the depreciation rate of their stores made up for exactly the short-fall. Weird right? Although Dollarama could legitimately set depreciation for their stores at 15 years; it is plausible deniability. The kind of activity that draws similar behaviour in both corporate and political decision-making. Only through a premium valuation can Dollarama maintain its $21 Price over Earnings ratio. However in the long term, this C-suite decision would have a future impact on CAPEX. Cost leadership by gross margins were down and trending lower. They can’t increase prices; they have nothing to divest. They have few receivables (i.e. beyond gift cards). They could delay paying suppliers? Or they could only fiddle with depreciation. What’s the future impact on depreciation? The net income goes down in future years! 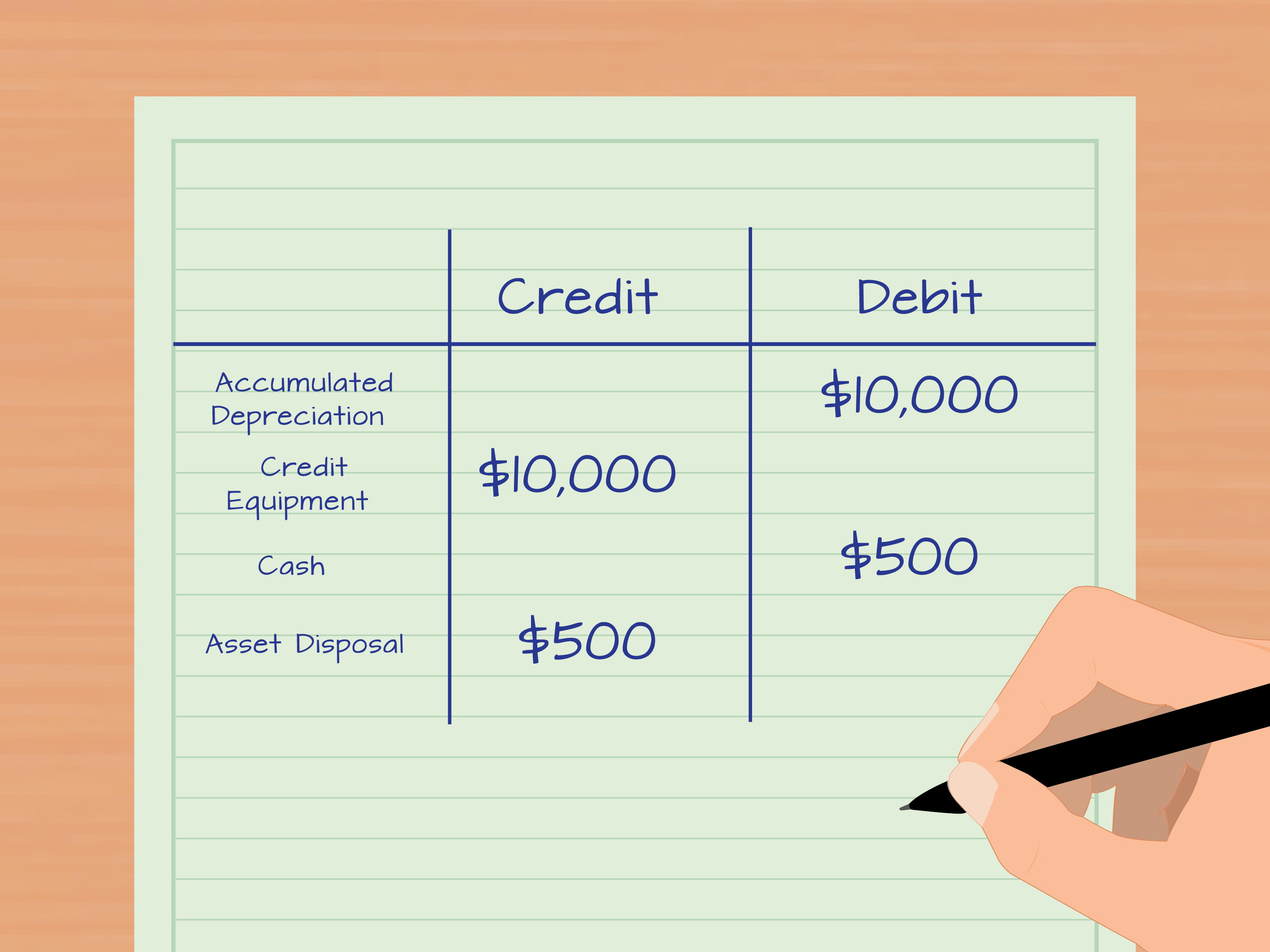 Depreciation as Form of Earnings Management

Recall that Depreciation is used to explain how much of an Asset’s value is used up. And then it is matched the expenses of an asset against the income that asset earns. Depreciation is used for income tax purposes to degrade assets thus reducing the tax burden on a business.

A straight-line depreciation would have a tangible asset worth $500K with a 5-year useful life. Every accounting year, the firm expenses $100K which is matched with the money that the tangible asset creates each year. Therefore, when you change the Depreciation from $500K over 5 years to 10 years, that means you would expense $50K per year rather than $100K which means the asset stays on the books for longer. 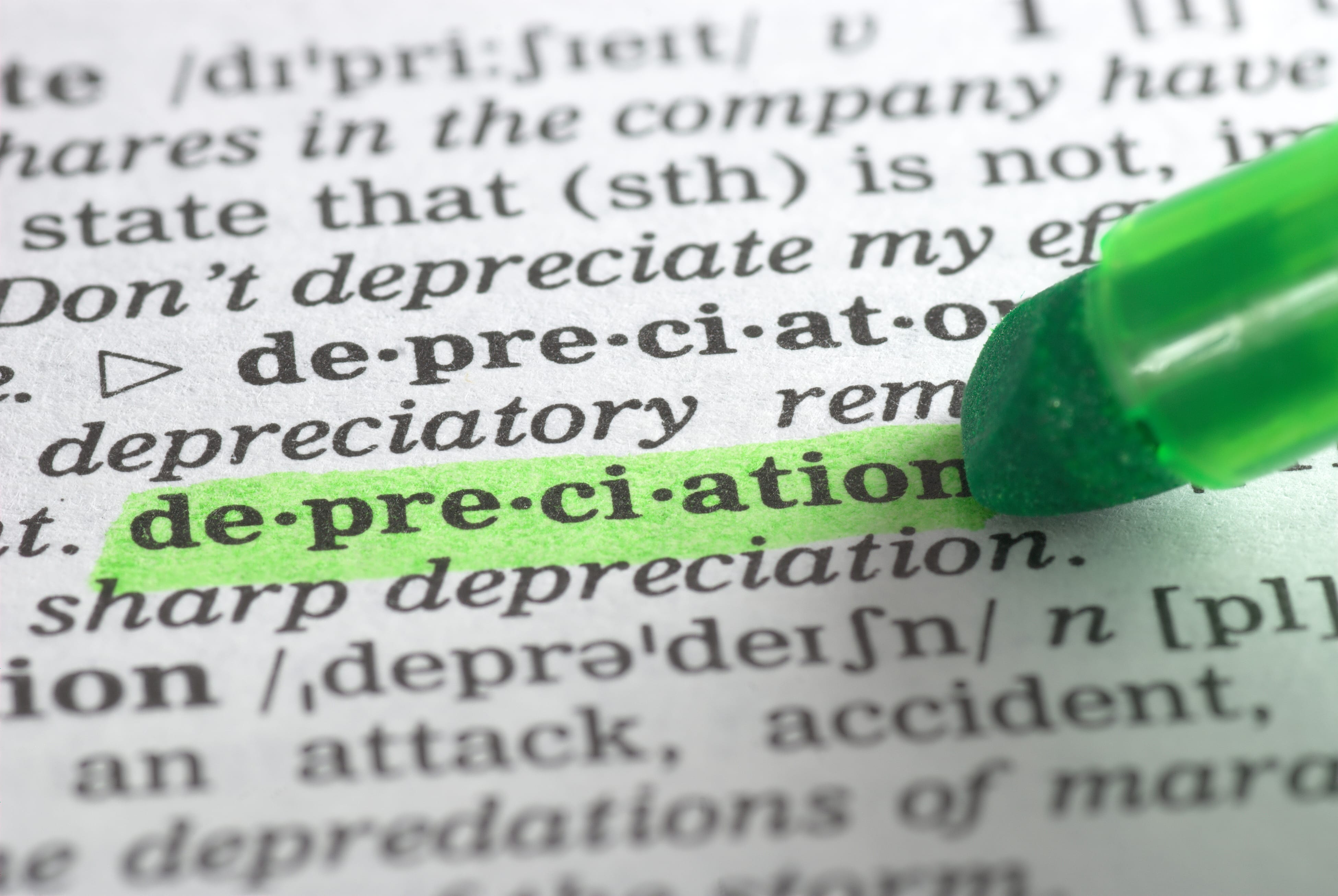 Depreciation sits on the balance sheet as a reduction from the total gross amount of a company’s long-term Property, Plant and Equipment PP&E. In other words, if you keep the PP&E longer on the balance sheet, it will benefit the earnings / net income. When an asset is retired or sold, the total amount of the accumulate depreciation associated with that asset is reversed, completely removing all record of the asset from a company’s books.

Operating lease is off the balance sheet only appearing in the Income Statement.

Operating Leases: are where the lessor owns the asset and all the costs and benefits (depreciation) associated with it. The lessee merely rents out the asset and pays a lease fee. The tangible asset is off the balance sheet.

Knife-edge criteria e.g. – under US GAAP, a lease is a capital lease if any one of these four hold:

Firms will often structure leases to ‘just’ avoid capital lease. i.e. Many Operating Leases be a Capital Lease in disguise.

You have no application on the balance sheet:

Plausible deniability: you have a plausible justification that masks (convincingly!) another objective. Create your own schedule, flexibility, aim for the highest support, money. The true economic reality of a firm and what is presented in the financial statements: The role of financial statements in valuation does not rely solely on reported profit.

Operating lease: the transaction appears on the Income Statement. >= 75% of it’s useful life. Ratios are better: Return on Assets (sales are not in Operating Lease). Fewer journal entries. ROA is Return on Assets = Net Income / Average Total Assets. Capitalized Lease is BS + IS

Banks can observe this activity as well. They are not fooled.

Debit Covenant: when a company is given a target performance range by investors that they must follow.

You need to get the present value of capital leases. Air Canada added Cap Leases. Investors trade on heuristics: so yes, Investors can be FOOLED. Take Operating Lease for the next 5 years. Cost of Debt 7.32% You can almost double the debt load. If you capitalize your Operating Leases the firm looks totally screwed. Take all the debt to the end of 2004

Intangible Asset (Off the Balance Sheet)

1) those that appear on the financial statement and;

2) those that do not appear on the financial statement.

R&D Expenses are almost always expensed. There are some expections; software firms where accounting standard allow for the capitalization of development expenses after product feasibility has been demonstrated. This rule applies for internally generated intangibles.

If the pharmaceutical firm develops a patent, that patent is not recognized on the balance sheet.

If the pharmaceutical firm purchases patents form other: the value of the patent appears on the balance sheet. It is difficult to determine the value of intangibles. Spending money on R&D or advertising does not guarantee a benefit to the firm. However, when assets are acquired there is an explicit or implicit valuation for the acquired intangible asset.

In the US all R&D is expensed. On the balance sheet; there is a liability. There matching entry is on the shareholders’ equity and deferred taxes.

Valeant Case R&D is expensed in the US but R&D is Goodwill and Intangibles.

What are the future benefits of its assets?

Goodwill: I can’t sell that much.

Intangible assets are massive: you can put the intangibles in the Goodwill and not in Net Assets. ROA (return on assets) was low 1.2% organically

You have R&D of $10 billion as Intel. But your balance sheet shows under $5 billion of identifiable intangible assets. Intel R&D using a three year straight line amortization period; what this means is that you don’t expense R&D as incurred but capitalize it and amortize it over a three year period.

Intel is close to steady state which means the impact is more muted.

You only grow Goodwill by acquisition.

ROA inflates if the most important assets isn’t in the denominator. You are growing by acquisition. Synergies: not tangible, you can’t give to another firm. 11 Billion out 13 billion means you have negative equity. 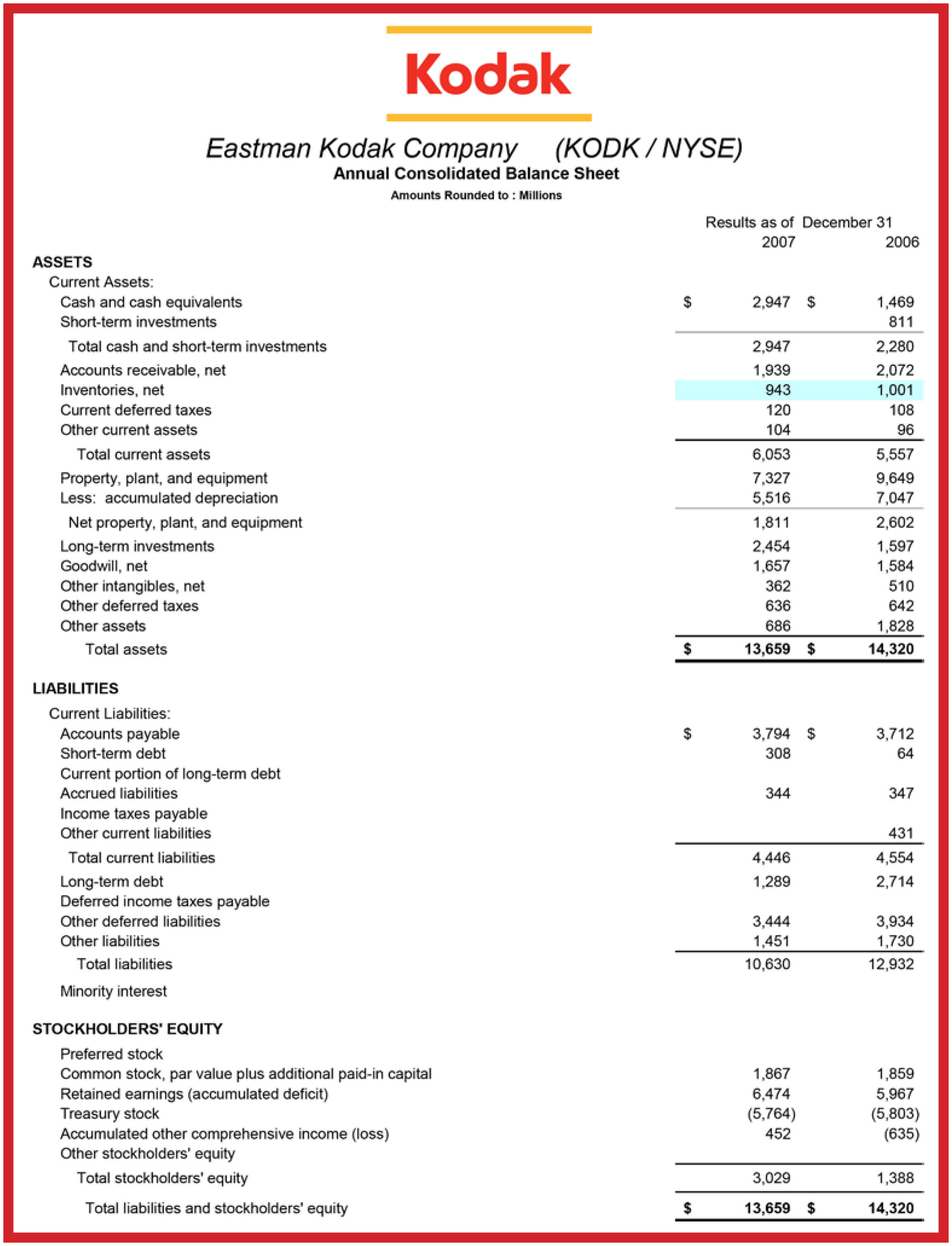 Why On Balance Sheet distorted?

In this case, the intangible assets are overstated on the balance sheet.

Firms hate to take goodwill impairments as these are a tacit admission that the acquisition was a failure: goodwill will reflect overpayment.

The HP acquisition of Autonomy: ‘Get Rid of Goodwill?

You need to do an Impairment Test (for your information) there are 4 steps.

The g will massively impact your PV, so in terms of financials you can massively miscalculated the PV.

Valeant doesn’t tell you about the inputs into the Goodwill impairment and we get wildly different results. HP had a 9 billion 2012 impacted due to the Autonomy situation.

Therefore, it’s possible that there was a Big Bath: Autonomy founder suggests as much: it’s a write off quickly. Write off over 10 years versus write it all down now.

They choose to write it down NOW, indicating a Big Bath.

Deferred revenues are important in businesses where the operating cycles are long; where project often span multiple years and where there is a mismatch between the receipts of payments from customers and provision of goods/services.

Example, Microstrategy was accused of aggressive revenue recognition. Essentially, had multi-period contracts for software service Instead of deferring the revenue and recognixing it over the life of the contract. For the year 1999, Microstrategy admitted to overstating approxiametaly $50 million in revenue. 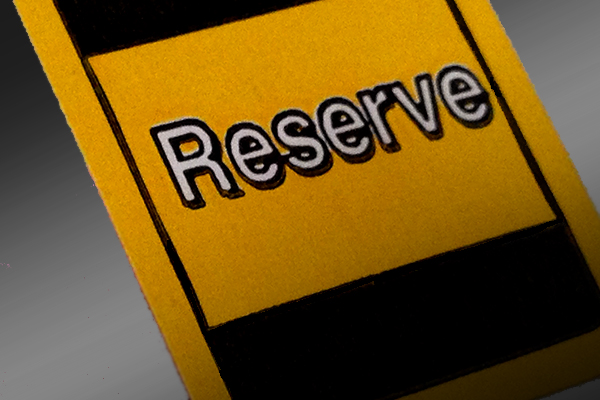 Reserves can be distorted at both times either at origination or at the time when then the expense is incurred. You can have expenses diverted to reserves instead of the income statement.

In industries where warranties are crucial. Restructuring reserves are crucial as often the ‘turnaround that has been shown by the new management can be a fiction of the accounting treatments.

Unexpected improvement in cost ratios on the income statement, along with a corresponding decline in reservices.

Pension Plan sits under the COGS, SG&A or some other expense category. Pension Expense has three components: a) service cost, b) interest cost and c) return on plan.

Where might this be crucial? Pension related issues are important in labour intensive and unionized industries, usually more so in older legacy companies.

How old are my fixed assets: accumulated breakdown: Apple outsources to Foxconn. Apple has Operating leases for their Apple Stores. 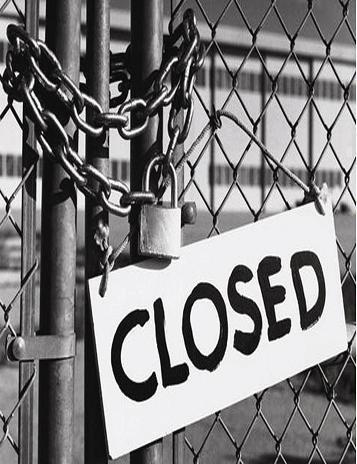 When firms discontinue a line of business, the results are then restated for past periods: usuall past 3 income statements and last 2 balance sheets….

They want to prevent firms from disposing of entire lines of businesses in order to improve net income. Amy gains and losses will be reported separately. The Net Assets from discontinued operations: this represents the assets less liabilities of the discontinue operations.

You could change accounting principles regularly in order to confuse Equity Researchers. 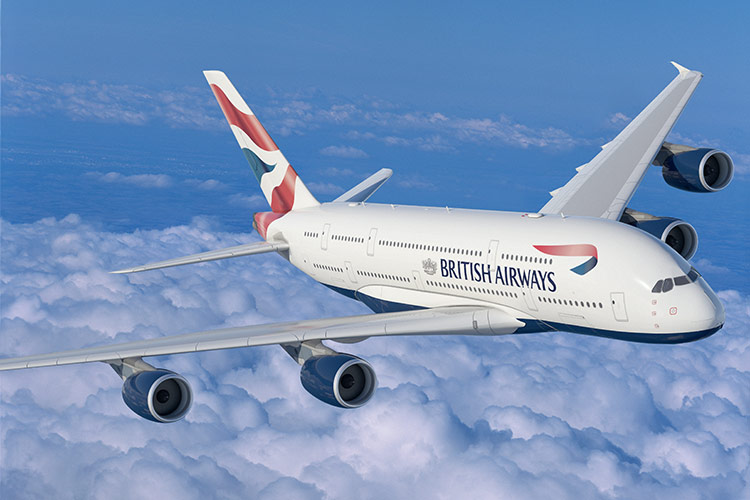 So if you were to use the same depreciation. Equity increases when you depreciate faster…