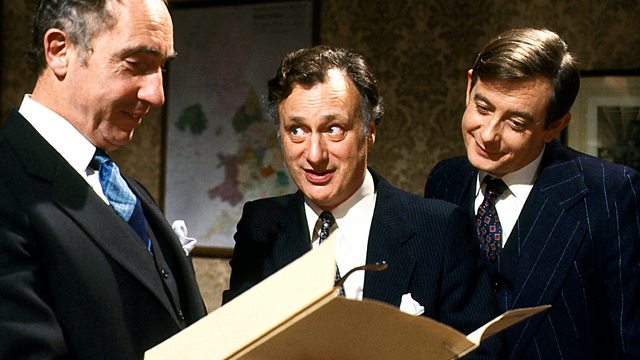 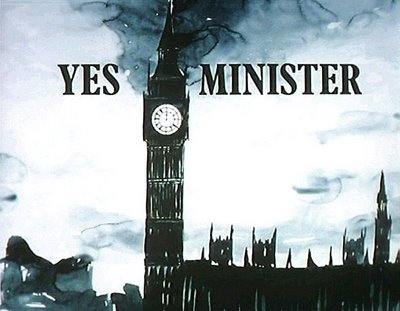 The fallacy that public choice economics took on was the fallacy that government is working entirely for the benefit of the citizen. And this was reflected by showing that in any, that in the programme, in Yes Minister, we showed that almost everything that the government has to decide is a conflict between two lots of private interests: that of the politicians and that of the civil servants trying to advance their own careers and improve their own lives. And that’s why public choice economics, which explains why this was going on, was at the root of almost every episode of Yes Minister and Yes, Prime Minister. 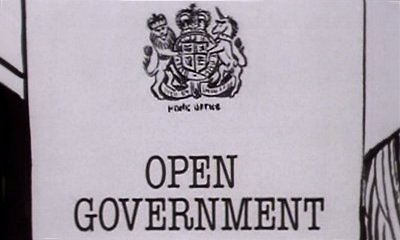 The Official Visit
Hacker: Bernard, this government is here to govern, not merely preside like our predecessors did. When a country is going downhill, it is time for someone to get into the driving seat, and put his foot on the accelerator.
Bernard: I think you mean the brake. 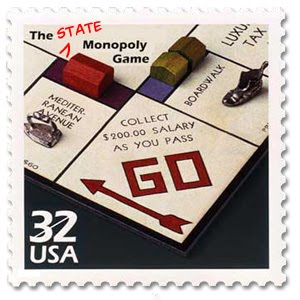 Sir Humphrey: So we trust you to make sure that your minister does nothing incisive or divisive over the next few weeks.
Sir Arnold: Avoids anything controversial.
Sir Humphrey: Expresses no firm opinion about anything at all. Now, is that quite clear?
Bernard: Yes, well, I think that’s probably what he was planning to do anyway. 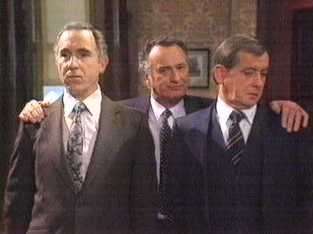 Hacker: Bernard, any messages?
Bernard: Well, there is one for Sir Humphrey, Minister.
Sir Humphrey: Oh good.
Bernard: Yes, the Soviet embassy’s on the line, Sir Humphrey: a Mr Smirnoff.

Hacker: Would you be surprised, for instance, if a British aircraft carrier turned up in the Central African Republic?
Sir Humphrey: Well, I for one, Minister, would be very surprised: it’s a thousand miles inland. 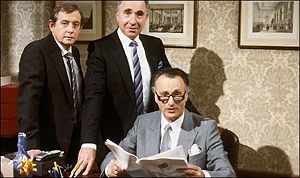 Sir Humphrey: The identity of the official whose alleged responsibility for this hypothetical oversight has been the subject of recent discussion is not shrouded in quite such impenetrable obscurity as certain previous disclosures may have led you to assume, but, not to put too fine a point on it, the individual in question is, it may surprise you to learn, one whom your present interlocutor is in the habit of defining by means of the perpendicular pronoun. 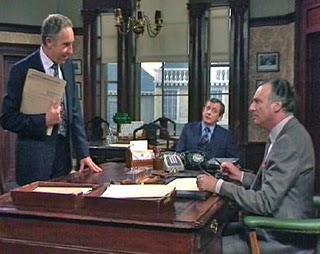 Hacker: But the broad strategy is to cut ruthlessly at waste while leaving essential services intact.
Ludovic Kennedy: Well, that is what your predecessor said. Are you saying that he failed?
Hacker: Please, let me finish, because we must be absolutely clear about this, and I would be quite frank with you. The plain fact of the matter is that at the end of the day it is the right, no the duty, of the elected government in the House of Commons to ensure that government policy, the policies on which we were elected and for which we have a mandate, the policies after all for which the people voted, are the policies which finally when the national cake has been divided up, and may I remind you we as a nation don’t have unlimited wealth, so we can’t pay ourselves more than we’ve earned, are the policies… I’m sorry, what was the question again? 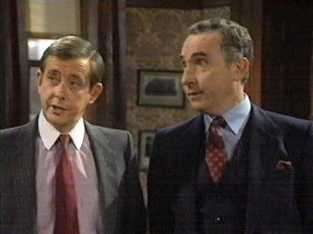 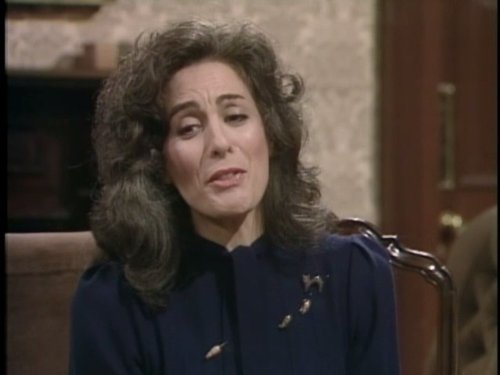 Sir Humphrey: Now, Minister, if you are going to promote women just because they’re the best person for the job, you will create a lot of resentment throughout the whole of the Civil Service!

Doing the Honours
Bernard: Of course in the Service, CMG stands for “Call Me God”. And KCMG for “Kindly Call Me God”.
Hacker: What does GCMG stand for?
Bernard: “God Calls Me God”. 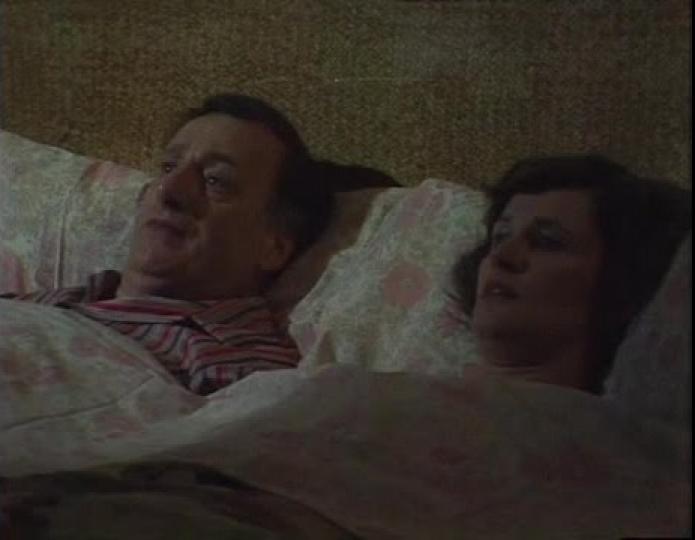 Hacker: But you see, it’s the public will. This is a democracy, and the people don’t like it.
Sir Humphrey: The people are ignorant and misguided.
Hacker: Humphrey, it was the people who elected me.
Hacker: I am their leader. I must follow them! 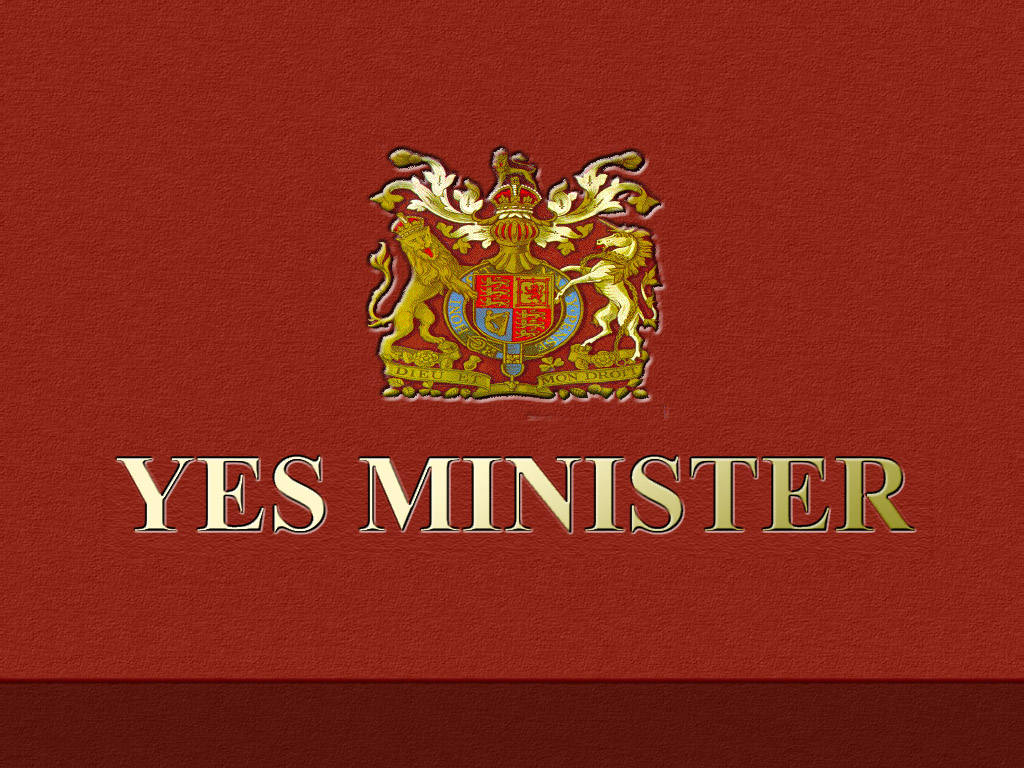 The Devil You Know

Hacker: Brussels is a shambles. You know what they say about the average Common Market official: he has the organising ability of the Italians, the flexibility of the Germans, and the modesty of the French. And that’s topped up by the imagination of the Belgians, the generosity of the Dutch and the intelligence of the Irish.

The Quality of Life 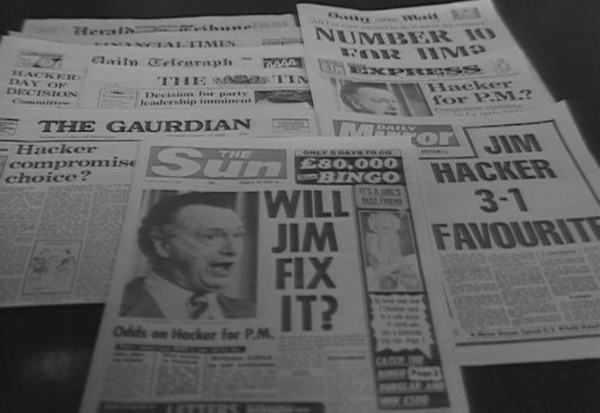 The Writing on the Wall

Hacker: When you give your evidence to the Think Tank, are you going to support my view that the civil service is overmanned and feather-bedded, or not? Yes or no? Straight answer.
Sir Humphrey: Well Minister, if you ask me for a straight answer, then I shall say that, as far as we can see, looking at it by and large, taking one thing with another in terms of the average of departments, then in the final analysis it is probably true to say, that at the end of the day, in general terms, you would probably find that, not to put too fine a point on it, there probably wasn’t very much in it one way or the other… As far as one can see, at this stage. 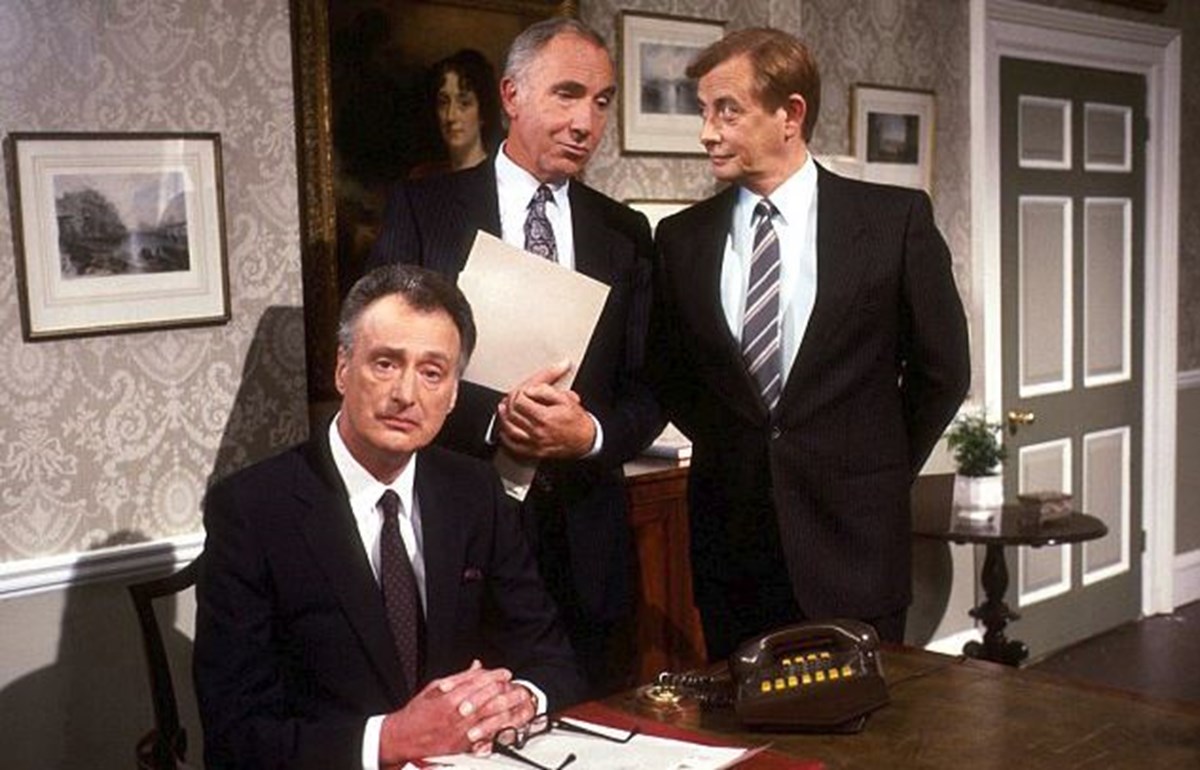 The Right to Know

Hacker: Humphrey, do you see it as part of your job to help Ministers make fools of themselves?
Sir Humphrey: Well, I never met one that needed any help.

Jobs for the Boys

Bernard: Sir Humphrey, this is a bit of a cover-up, isn’t it?
Sir Humphrey: Certainly not, Bernard. It is responsible discretion exercised in the national interest to prevent unnecessary disclosure of eminently justifiable procedures in which untimely revelation could severely impair public confidence.
Bernard: Oh I see… It’s like Watergate! 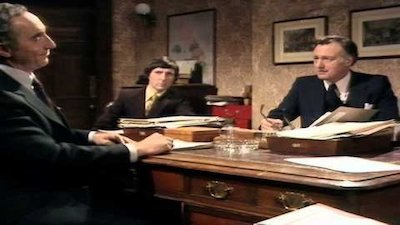 The Economy Drive
Sir Humphrey: You see Bernard, it is our duty to assist the Minister to fight for the department’s money despite his own panic reaction.
Bernard: You mean help him overcome his panic?
Sir Humphrey: No no no no no. We must let him panic. Politicians like to panic, they need activity. It’s their substitute for achievement.

Sir Humphrey: If there had been investigations, which there haven’t, or not necessarily, or I’m not at liberty to say whether there have, there would have been a project team which, had it existed, on which I cannot comment, which would now have disbanded, if it had existed, and the members returned to their original departments, if indeed there had been any such members.