By the mid 1980s, Chrysler was in a strong position thanks in part to the build up of credibility that Iacocca had earned through his leadership. It also helps if you appear in TV commercials to get your message out. Iacocca did not want to do the ads at first because it would be time consuming. The logic of wheeling out the CEO was that a) Iacocca was well known, b) after you make the commercial, customers know you have to go back to work to improve the cars you just mentioned on air. 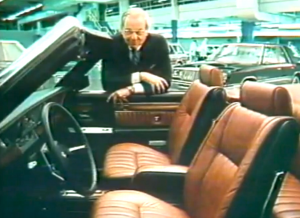 The best lines from the ads were: “If you can find a better car – buy it!” When the 1981 commercial came out, people thought that Iacocca was running for president because he was talking about Made in America, and the better days were ahead of us. Iacocca became a major celebrity and would be routinely stopped in the streets. Fame is fleeting for Iacocca. He spent a lot of time denying that he wanted to be president of the United States of America. Across the US, the television set was on an average of 42.7 hours per week. So committing to advertise on TV made huge sense for Chrysler.