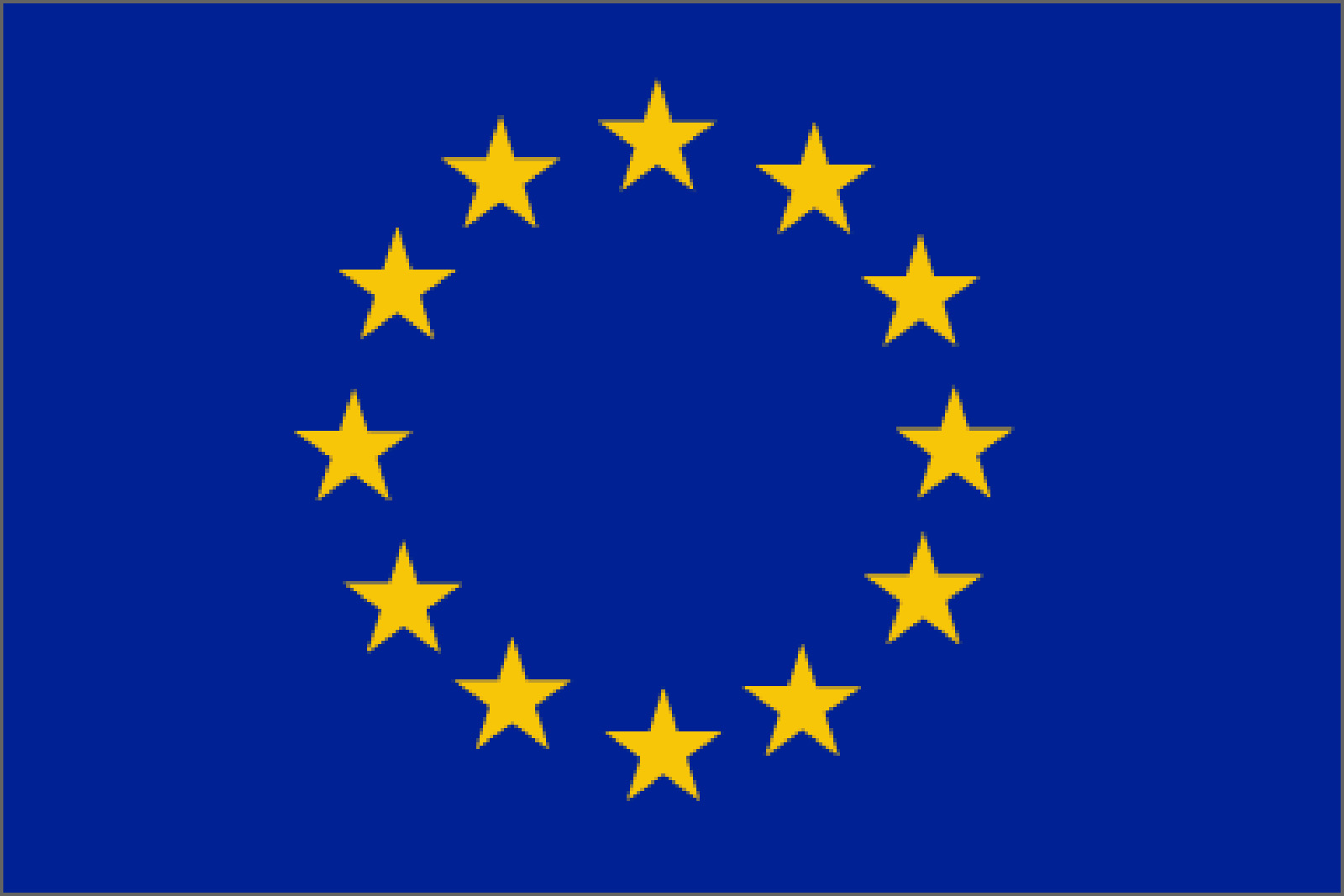 On the Community Charge
As part of the 1987 manifest, Thatcher implemented a tremendous unpopular tax on the people of Britain. It was known as the poll tax. It provided a single flat rate of tax on every working adult set by the local authority. It was abolished a few years later. This marked a turning point in Thatcher’s popularity and subsequent attacks from within her party.

Thatcher believed that a free-market Europe was predominant even if there were signs of hidden protectionism. Thatcher wanted her country’s budget contribution sorted out quickly. There were underlying forced of federalism and bureaucracy gaining with the coalition of Socialist and Christian Democrat government in France, Spain, Italy and Germany. Britain wanted to negotiate the budget contribution per country GDP 1.3% but there were competing opinions on this matter. Thatcher believes that Franco-German deals were always being made behind Thatcher’s back. The EU is a complicated system. Each country tries to exempt its dairy or agricultural industries from free trade…Self-interest gets the better of all the members involved. There was a coordinated attack on Thatcher to ransom her 1983 budgetary rebate by offering a weaker deal with Britain on annual permanent budgetary arrangements. The EU then blocked payment of the 1983 refund when Britain refused a deal on budgetary contributions. A successful summit was needed by Kohl; the domestic situation in France and Germany influenced their efforts in the EU. Britain was not being treated fairly by France or Germany. Germany wanted special subsidies for farmers.

The enlargement of the community strengthens its value. Security for Thatcher while in Ireland was intense. The idea of bringing in Spain and Portugal would strengthen the union substantially. The costs would be high. Greece called for financial assistance and vetoed the enlargement until it received its fair dues. This was absolute nonsense. The Greeks had held the EU hostage while they had entered under similar circumstances before. The Greek government’s poor handling of their finances irritated Thatcher. Greece had to be paid in order to allow entrance. The Greek government got their bonanza. It wasn’t fair but it happened anyway.

The Falklands War highlighted the importance of EU cooperation as a military entity. Britain wanted to ride the EU tariffs. A single-market was salient in the views of Thatcher as well as the military aspect. Mitterrand and Kohl had little income compared to Schmidt and Giscard d’Estaing. Kohl was willing to subordinate German interest for French guidance since the assuaged the other smaller neighbours. Thatcher had the subtle-tariffs that existed between EU members. Open markets were her goal. Thatcher wanted national sovereignty on identity cards and policing. M Delors the president of the European Commission attacked Britain for reducing the financial leavers of the community. Thatcher doesn’t believe in Brussels federalism of social and economic policy for other countries. She was open market nothing else really. Thatcher is highly sceptical of the Franco-German bloc during this period. 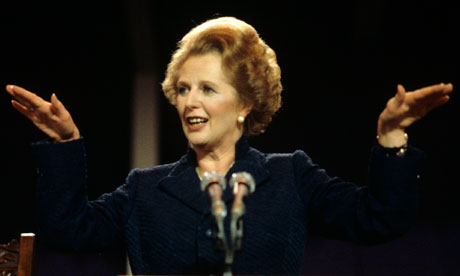 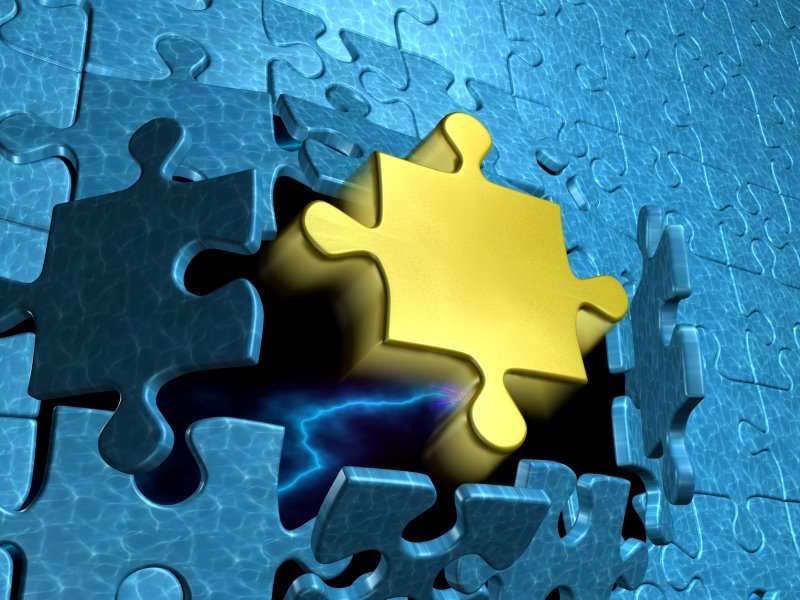 On Reforms
Thatcher wanted to see improvements in the quality of education. Grammar and spelling were major problems for the British student. She believed a strong national curriculum would help. She also wanted to reward teachers who were graded positively and punish poorly graded teachers. Thatcher believed in measurement targets and empirical data as a valuable tool for determining success in education. Education was by no means completely reformed. The success was moderate: Thatcher wanted continued improvement. Housing was adjusted. The NHS spending increased 40% in less than a decade in office. Thatcher rejected pressure to put more money into the healthcare system. Thatcher laments the Scottish question of devolution. The Scottish Tories were very weak during her tenure. The 1987 election saw southern England vote Tory but Scotland, Wales and Northern Ireland split the vote.

On Family, Arts, The Environment, Privatization
Thatcher believes the BBC produces sub par material most of the time. She believes that the arts should be promoted. But whenever the state is too involved with a project it inevitably withers away, according to Thatcher. Crime is caused by a lack of family not by poverty as socialists believe. Socialists are wrong. Family needs to be protected at all costs. The Family was disintegrating in British life during the 1980s. Father’s who abandoned their children lead to a lower standard of living. Such abandonment has horrible ramifications. Thatcher believed that climate change was an emerging concern in society. She spoke about it in a speech. She was unsure of the cause but saw that scientific facts were mounting against polluters, and was convinced that future Prime Ministers would be called on for a global effort to combat environmental damage. Thatcher strongly believed in privatization and tax cuts as a solution to Britain’s ills. 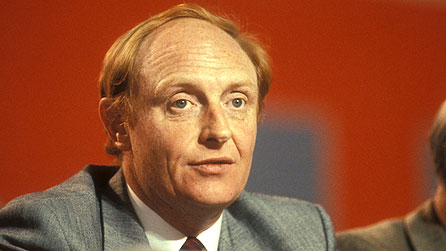 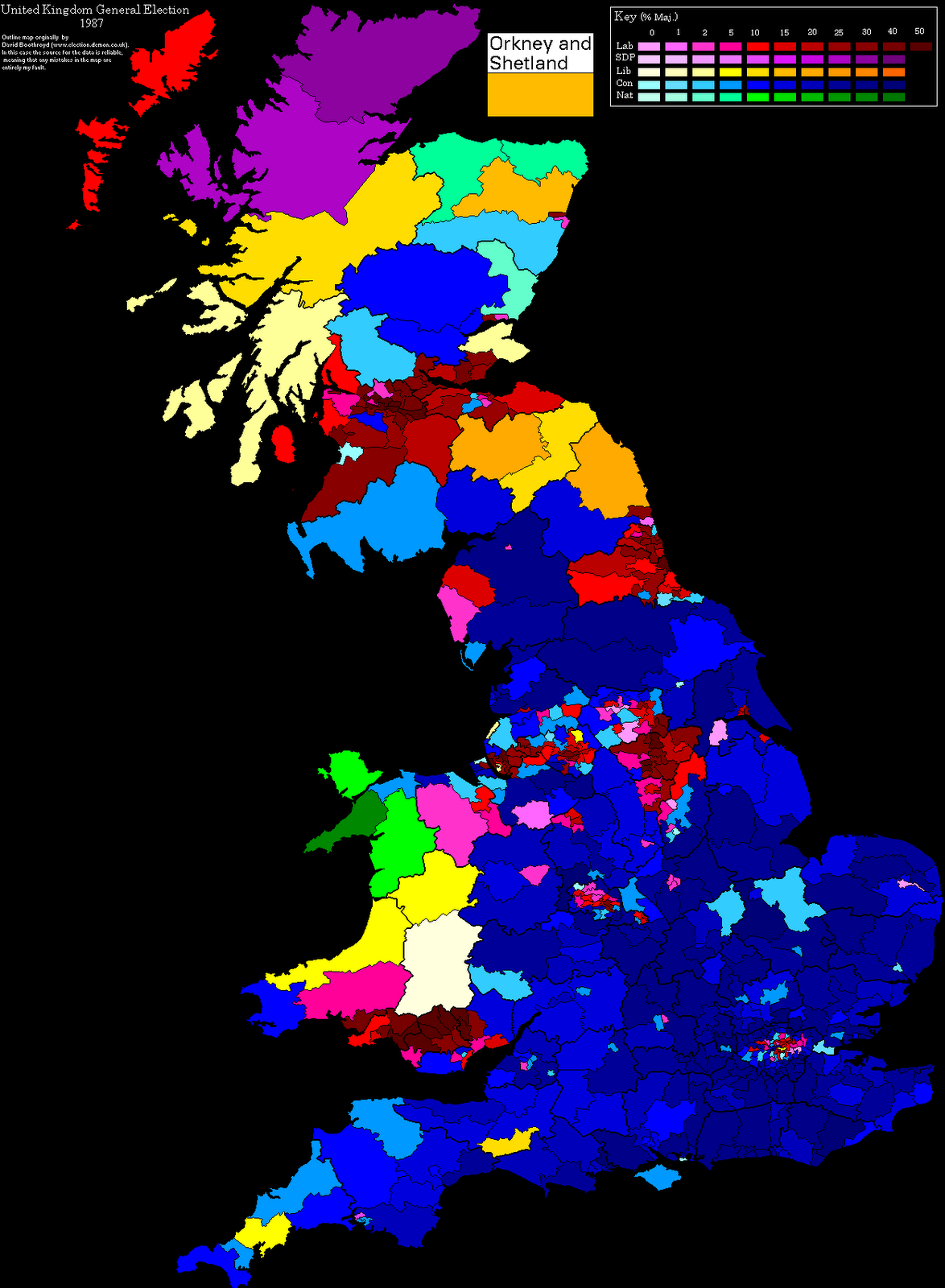 On The General Election of 1987 Thatcher had suffered from the Westland affair and the attack on Libya but Britain was healing economically. The Westland affair was used to show Thatcher as intransigent and a poor listener. Thatcher agrees that she will talk over timid or inarticulate arguments. Thatcher has to interrupt men whose voices they themselves love too much. Thatcher had to show that her government would espouse an open dialogue of views.

Strategy groups were formed to develop new policies. The economy, jobs, foreign affairs, defence, agriculture and NHS were the major issues. Fortunately Labour offered an anti-American defence policy, according to Thatcher. The 1986 Conservative conference was about the “Next Move Forward”. She attacked the Labour Party for wanting to dismantle the NATO nuclear umbrella. It worked as a pre-election attack. Thatcher believes that she was transforming Britain from limited ownership to popular capitalism: giving power back to the people of Britain.

NHS was a touchstone to Conservative support of the Welfare State. Thatcher wanted to bring down waiting lists although she accepted that a new cohort of aging people would cost greatly. The big issues for the election were housing, trade unions, privatization, lower taxes and local government financing. She called for giving regular citizens the kinds of public services that the rich already enjoyed. Thatcher wanted to empower not just the rich (as is implicit in her politics) but the poor as well. The soft Tory Alliance Party was a threat as a third party to the Conservative majority. 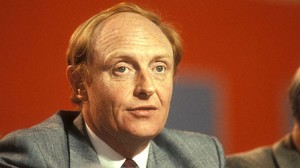 Thatcher called the Labour manifesto an ‘iceberg’ of socialism. The Conservative weak point would always be the social services, admits Thatcher. The lengthy preparations of NHS were kept until late in the campaign when it became a significant issue. Alliance shot itself in the foot when it attacked Thatcher’s strength on National Defense exposing a unilateralist position. Neil Kinnock’s massive gaffe was that he would run for the hills and prepare for a guerrilla warfare if Soviet aggression emerged: “using the resource we had to make an occupation untenable.” Thatcher attacked his weakness here stating he should not be PM taking the issue too lightly and based on his Labour party unilateral disarmament defence policy. Kinnock in the media was portrayed with crowds always where Thatcher was shown with boardrooms or factories: Britain’s industrial/innovative future. The Labour Party was talking about white flags, guerrilla fighting while Thatcher pounced on this weakness to suggest that her defence policy was superior. This was the major focus of the 1987 campaign. Thatcher won with a reduced majority of 102 seats. Conservatives gained a third convincing majority. 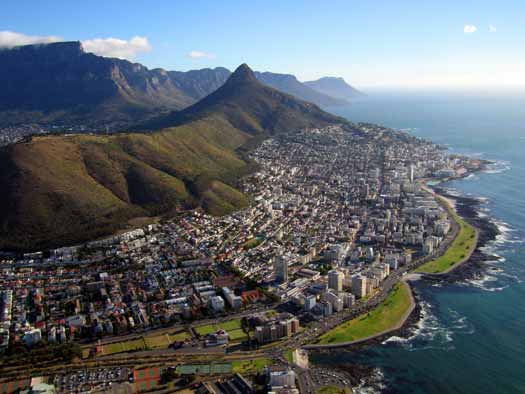 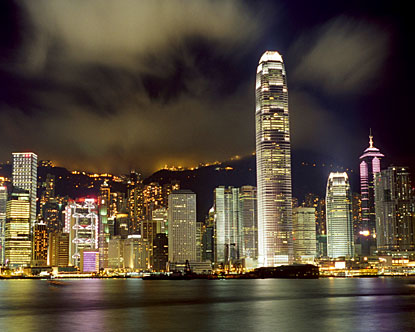 On Hong Kong, Israel, South Africa
Hong Kong was set to be returned to China in 1997. Thatcher accepted this but wanted to entrench strong democratic values and economic strength to influence China’s communist government into liberalizing elsewhere. She wanted to change China when Hong Kong became part of that country. Thatcher was open about her intentions. She wanted China to recognize the economic superiority of the Western market. The US was most responsible for the establishment of Israel. Thatcher believes that Britain was build on Judaeo-Christian values. Britain stays balanced between Palestine and Jewish influence on the Arab-Israeli conflict. 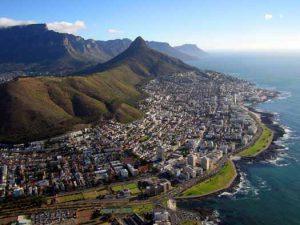 South African segregation was part of a tradition that Thatcher effectively supported. She did not want to abandon SA because of the racial violence occurring there. She felt the policy reflected the hierarchical values of that society. Brian Mulroney attempted to push for the exclusion of SA from the Common Wealth, Thatcher felt he was posturing. Thatcher didn’t want to give Mulroney her negotiating hand because concessions often get pocketed if revealed inappropriately. 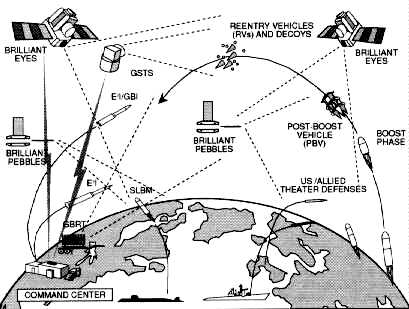 Thatcher supported the Strategic Defence Initiative (SDI) program which stipulated an aggressive weaponization of space. Reagan’s objective was to rid the world of nuclear weapons, according to Thatcher. Thatcher, however, disagreed (nuclear weapons are a deterrent to war in Thatcher’s estimation) but she knew that she must always remain a staunch ally of the US. Russians didn’t like the SDI proposal because they were concerned that the US shield would end the deterrence against US attack. For Thatcher and others conservatives, the SDI programme was central in the victory of the West during the Cold War. The causation is deterministic in their opinion. SDI = weakened USSR. 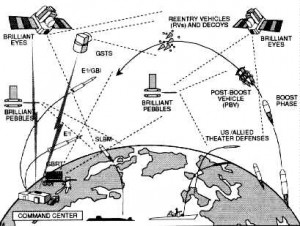 The SDI opened up new complications and dimensions to the American and British nuclear deterrence strategy. SDI had implications for Cold War agreements about the weaponization of space. The technological advances would be helpful. The Russians had already begun experiments with tracking systems to repel an American attack. Thatcher believed it made sense to go forward with SDI in order to deal with indirect accidental launch at the very least. The MAD deterrence was the primary reason there had not been a nuclear war according to Thatcher. She didn’t care that Russia felt the SDI reduced deterrence. She felt that it was part of scientific development; it must be carefully controlled and regimented. For Thatcher, science cannot be stopped. She even argues that the Russians will develop this system as well but if they can’t then they deserve to be destroyed.

Thatcher and Reagan agreed on the principles of SDI treaty with Russia at the Iceland Summit (Reykjavik Summit) that stated:

1) the US and Western nations would not aim for superiority but stability with Russia,
2) SDI development would have to coincide with treaties negotiated,
3) the aim is to enhance deterrence,
4) East-West should try to reduce systems on both sides. The Reykjavik, Iceland Summit was crucial in ending the Cold War. 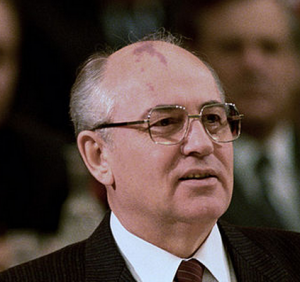 Gorbachev became the leader of the USSR in 1985. He recognized that the USSR economy was in terrible shape and would require massive reforms. The USSR laid a trap for the US during negotiations at the Iceland Summit: they made concessions on British and French deterrents not being included in the Intermediate-Range Nuclear Forces Treaty (INF). Those reductions in nuclear arms could occur on hard numbers NOT IN percentages which would disadvantage America with its larger stock-pile. Gorbachev said he would agreed that his nuclear arsenal would be halved in 5 years time. A huge concession! Gorbachev then sprang the trap: SDI must NOT continue….Reagan rejected the deal with Gorbachev since Gorbachev was making concessions he could not retrieve at its conclusion. It was obvious that Gorbachev had wilfully released the numbers on nuclear weapons as a concessions with the trap in mind ie end SDI. Even Trident would have ended had this proposal been accepted according to Thatcher. In these skillful negotiations, Reagan “had written one of the last chapters on the ‘Evil Empire’ that was the USSR which would be relegated to an ash heap in history” according to Thatcher. An INF agreement would have been given priority by Thatcher although she rejected full nuclear disarmament as impossible.