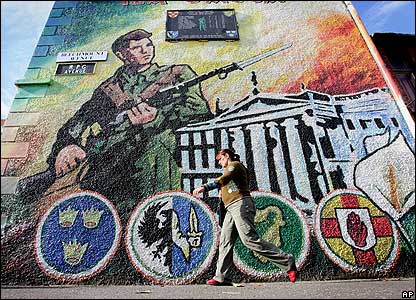 On the Ireland Republican Army
October 12, 1984: the Brighton Bomb was the closest to home for Thatcher. Preparing for a speech for the Conservative Party conference in the Grand Hotel, Thatcher was fortunate to be in her hotel room’s bathroom at the time of explosion. She escaped unscathed. Two MPs were killed among others, however. The Grand Hotel was badly damaged in the bombing. Some of the injuries were serious as well. Thatcher was extremely angry. The conference had not been cancelled as a sign of firmness in the face of terrorism. The ruthlessness of the attack had an emotional response from Thatcher: one of hate.

Terrorism is the calculated use of violence – and the threat of it – to achieve political ends. In the case of the IRA those ends are the coercion of the majority of the people of Northern Ireland. Their violence was not meaningless. Terrorists exist in both the Catholic and Protestant communities. Personal risk is made in the service of her country. The IRA is the core of the terrorist problem; their counterparts on the Protestant side would probably disappear if the IRA could be beaten, according to Thatcher. The IRA has plenty of support in areas of Northern Ireland. The ethno-cultural conflict between who should control NI has continued since 1922 when the Republic was created. Even in the Irish constitution, NI (Ulster = Protestant Ireland) is seen as part of Ireland.

Thatcher is a Unionist/Protestants and Methodist. The Conservatives have been committed to preserving the union. Ulster is a controversial word since it denotes Protestantism. Distrust and hatred have mounted far beneath the political surface of this conflict. The Conservative’s 1979 manifesto was to oppose the nationalist minority who are prepared to believe that majority rule would secure their right whether it took the form of an assembly in Belfast, or more powerful local government.

Nationalists/Catholics demand some sort of ‘power-sharing’ so that both sides can participate in the executive functions and a role for the Republic in Northern Ireland: Thatcher believes neither proposal is acceptable. North Ireland’s legal system along with Ireland is based on Common Law model of Stormont. Majority rule ended in 1974 when the NI government was integrated into the UK. Enoch believed that terrorists thrived on uncertainty about Ulster’s constitutional position: full integration would end that. Thatcher felt that devolution was superior; it would strengthen the union.