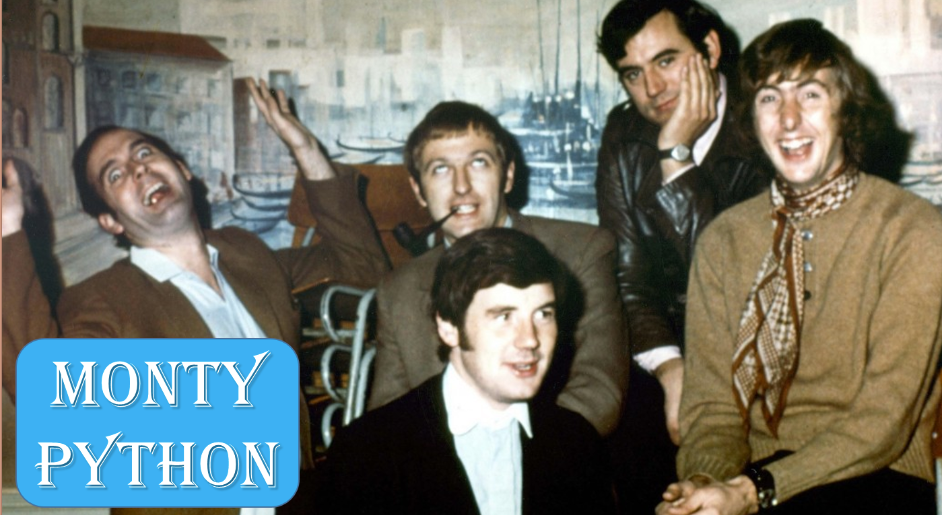 You really should play all these sketches below at the same time ;-P The following are the best Monty Python of all time….Curated by a team of monkeys we found behind the Apple Store at Regents Street, London. What makes these sketches so special? Well, they are the most viewed Monty Python sketches on youtube and these are the sketches (probably) that even the novice fan should be familiar with. The rest of the sketches not included are either formula derived or unfunny/dated. Enjoy!

Monty Python will be doing their London live show this summer so there is ample reason for a post about their revolutionary contribution to British & world humour.

Basically a commentary on the absurdity of humanity but then twisted an additional right angle to really be a gag about presentation, pomp and surprising entrances.

A unique business model that never took off. Do arguments have to abide by logic or are they contradictions? An argument is a definite set of premises to position a conclusion. So there is an educational value in this sketch as are many arguments and…Monty Python sketches for that matter….

The float in at the opening is quite strange. …he idea that an ingredient could be listed in a dish multiple times for comic effect was certainly innovative and original in the English language (we can’t assume that this hasn’t occurred in other languages). Likely the inspiration for the Hamburger sketch on SNL, the Spam sketch emphasizes the strangeness of spam as a food group of its own.

I have no idea what this is other then it is very English.

The Ministry of Silly Walks Sketch

This is perhaps created to emphasize the absurdity of bureaucracy and the intellectual hobbits that comprise most government departments. It’s mostly silly however and visually strange. The point being that government grants are wasted sometimes. Or no point really at all. Who knows.

Clearly demonstrating that philosophers aren’t really interested in understanding reality as much as they are interested in hearing themselves think. They don’t really interact with the ball until Socrates scores as you can see. Also reiterates that Greece and Germany have produced the world’s most important thinkers.

A live performance in Hollywood. Kinda of fun.

Probably makes the point best that politics is not particularly interesting in the 20th century. The talking heads are also funny. The process for declaring a winner in British elections is rather novel relative to other common wealth countries such as Canada. The differences between British and Canadian elections is worth a further post in 2015….

Upper Class Twit of the Year

A commentary on twits who are often upper class or acquired their wealth prior to their being born (inherited). Not an easy problem to solve considering that some upper class twits are useful because they have capital. What is a twit? The most plausible example is those who suffer from the Dunning Kruger effect.

Perhaps a commentary on how we as human beings tend to mis-allocate ourselves in the wrong profession etc. It’s also about British Columbia and the vastness of Canada which at the time had a population of 23 million people which is roughly half of Britain at the time. Also is about the idea of of gender expectations in an era before that was appropriate.

You wouldn’t expect grannies to be a problem but there you have it. Bolton’s grannies are funny because they play with the idea of what should be expected of grandmothers. Perhaps this stereotype of the quaint old granny will change in the future. Making this sketch less amusing.

The classic complaint sketch. The sneaky sales man, the strange customer; the resting bird. There is a morbid element to this sketch but generally, it’s just really really strange.

This is a commentary on bad teachers / corporal instructors who clearly suck at their jobs. It’s also about military stupidity which channels immense energy and concentration. This class seems to have taken a turn for the worse when the instructor starts killing his students.

Selling people travel was something done in the 20th century in a face to face interaction. Rather absurd today. This client appears to rather ramble on and on to the irritation.

This sketch is about the prudishness of British culture. The perverted questionary just kinds of pursues a line of questioning that is funny. Perhaps is funny how we as human beings tend to take I minds in the direction we really want to take them no matter what the conversation….