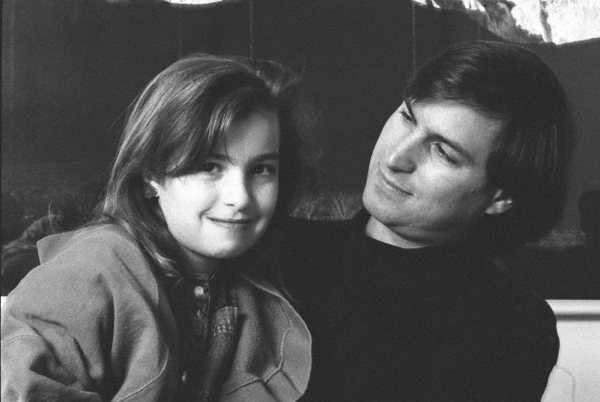 Steve Jobs had an illegitimate daughter that he didn’t bother to recognize as his at first. How’d that happen? In the mid-1970s, Jobs lived in a four bedroom house, and rented the place out to strippers. Chris-Ann Brennan lived with Jobs in separate rooms, apparently they lived as weirdos, and did acid. When Chris-Ann became pregnant with Steve’s child, he became disconnected from the situation, and did not deal with the pregnancy. He could be engaged and disengaged in minutes. Chris-Ann Brennan and Jobs had sex, but instead of taking responsibility, he engaged in character assassination against Brennan, and tried to prevent a paternity test in order to avoid dealing with the possibility of bringing a child into the world. He did not want to take responsibility, and he decided to believe in his own lies, according to Isaacson. Steve and Chris-Ann were 23 when they had their child, which was the same age as Jindal (Steve’s biological father) when he had Jobs. Jobs did not try to help Chris-Ann, and instead would ridicule her.

Walter Isaacson speculates that being abandoned by his biological parents led to this heartless/irrational behaviour, but it’s not entirely convincing and clear. Another classic example of ignoring reality would be when Jobs was diagnosed with cancer, but waited 9 months before pursuing surgery. Ignoring reality is how Jobs got through tough times.

Robert Friedland helped Chris-Ann Brennan have her baby girl but Steve Jobs helped name the child, and Jobs insisted in the name Lisa Nicole Brennan.  Finally, a year later, Jobs agreed to get a paternity tests where he was found 94.1% likely to be the father, and a Californian court forced Jobs to pay a monthly child support bill of $385. Despite the test, he claimed at Apple that there was a large probability that he wasn’t the father. He did this by using statistics improperly. Jobs claimed that 28% of the male population of the US could have been the father. When Chris-Ann heard what he said, she interpreted it as if Jobs was claiming that she had slept with 28% of the US male population.