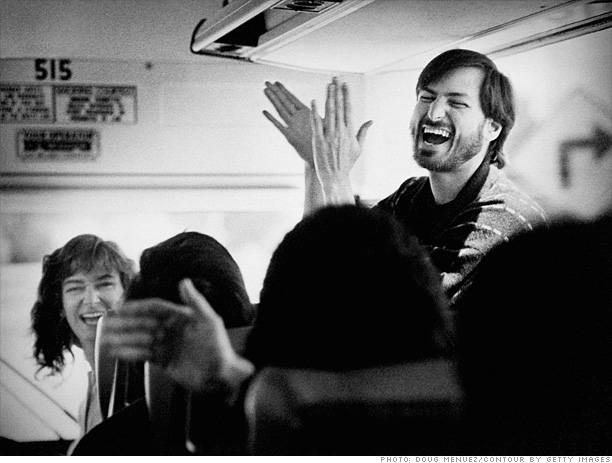 For Steve Jobs, you were either a genius or a shit-head/bozo. He sought absolute perfection, and he loved to define people according to this rubric. Steve Jobs tended to be high voltage and might actually say that an idea you proposed is ‘piece of shit idea’. But then he would turn around to propose your idea as his own a week later. Sometimes, he would then take your position in an argument, and agree with you just to mess you up. Jobs could not avoid impulsive opinions, his team at Macintosh were used to moderating his opinions, and not reacting to the extremes of either being a ‘piece of shit’ or ‘genius.’ At Macintosh in the 1981 – 1985 period, Atkinson taught his team to interpret “this is shit” to mean “how is this the best way?” when speaking with Jobs. Steve had a charismatic personality, and knew how to crush people psychologically. In addition, he had huge expectations with his Macintosh team, and it created a fear factor. If you demonstrated that you knew what you were talking about, Jobs would respect you. From 1981 onwards, employees were annually awarded for standing up to Steve Jobs. One marketing specialist stood up to Jobs twice because the marketing projections were unrealistic in 1981. She won the award having at one point threatened to stab Jobs in the heart.