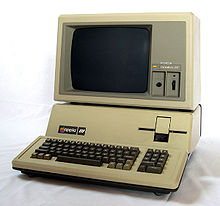 Apple created a failed project, and it was not marketed well. The design that Jobs insisted on was not manageable for the circuits, and the Apple team all collectively made their contributions to the device so it was a gigantic mess. Steve Jobs insisted that there be no fan in the computer, as a result, the design did not allow the computer to cool properly, and it frequently overheated, the only way to prevent the chips from disconnecting with the mother board was to drop the computer onto the desk which customers were instructed to do whenever they phoned Apple; “Okay, just pick the computer up and drop it on the desk, that should knock the chips back into place.” The IBM PC crushed Apple III in sales. It was a disaster.