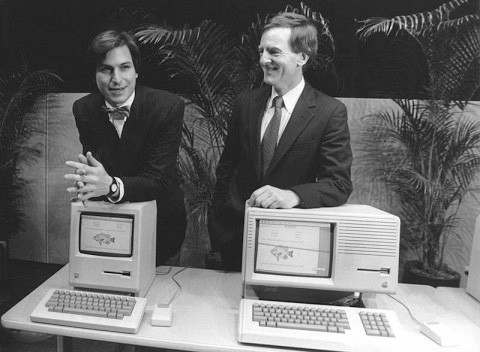 In May 1985, the boardroom meeting to demote Jobs from Macintosh was nasty. Jobs presented his case first saying that Scully did not care about computers but in response a manager retorted that Jobs had been behaving foolishly for over a year. Scully then presented his case to the board for demoting Jobs and stated that he (Scully) would either get his way or they would need a new CEO. Scully said that Jobs should be transitioned slowly out of the management role at Macintosh. Jobs felt betrayed by Scully. Steve Jobs was emotionally unstable, and even felt as though he should be able to repair his friendship with Scully. Meanwhile, Jobs would spend a lot of time plotting against Scully in light of his career crisis.