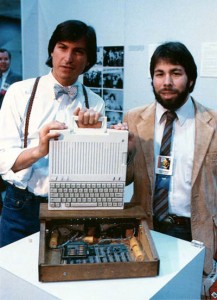 Your Product Needs To Be A Full Simple Package:

Jobs went in to pitch Atari for support for Apple II which had colour, a power source, and keyboards. It was rejected partly because Jobs went to the meeting without shoes. Another company, building the Commodore decided that it would be cheaper to build their own machine. The Commodore Pet came out 9 months later which sucked according to Jobs. Jobs was willing to sell to Commodore but Wozniak felt that this was a bad move. They designed a simple case for the Apple II which would set Apple apart from other machines. The VisiCalc also allowed Apple II to breakinto in the Financial market. Jobs wanted light molded plastic, and offered a consultant $1,500 to produce the design. The Apple II had the advantage of not requiring a fan, or multiple jacks. Jobs wanted a closed system, a computer that was difficult to pry open. Conversely, Wozniak wanted to give hackers the chance to plug in, but Jobs did not want that option.

Steve Jobs endorsed the view that less is more, and that God is in the details. Jobs embraced the Bauhaus style which rejected Sony’s approach of gun metal or black. The alternative was to create hi-tech products by packaging the products in beautiful, white, and simple casing. Apple customers understand the value of presenting their products out of the packaging. You design a ritual of unpacking a product. Jobs also felt that intuitive ideas need to be connected in computers