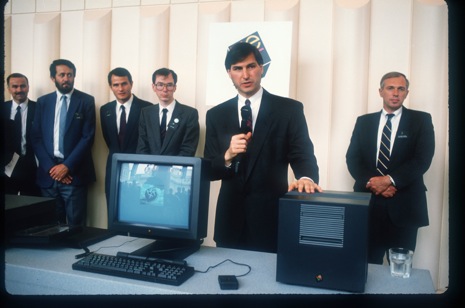 Do Not Disrespect Your Potential Business Partners:

Gates did not like NeXT, in particular he did not like the lack of compatibility of the NeXTWorld application specifications with the rest of the software industry. When Jobs invited Gates to visit his NeXT offices, Jobs made Gates wait for 30 minutes in a glass waiting room while Jobs chatted with multiple people in clear view just to spite Gates. The two hated eachother. Gates was not cooperative largely due to external factors, just as he was with the iPhone but treating Gates poorly did not help Steve Jobs’ business development strategy. Gates thought the black casing of NeXT did not make sense, and refused to allocate staff to develop for it. Gates did not think there was a market for the NeXT computer because it was yet another closed system like Apple itself. NeXT was based on an optical disc which was impressive but Microsoft did not like the end to end control that Jobs inevitably pushed for. Steve Jobs tried to get NeXT software on the IBM in order to get further sources of revenue but by the late 198s, IBM was tanking out of the computer operating system market. The core problem was that NeXT Step was not compatible with anything! Microsoft wanted the monopoly, and Gates did everything he could to prevent Jobs from going forward with his project. Jobs cut off the possibility of NeXT clones that could expand the base of available computers in the market thereby increasing the potential sale of NeXT software but he stubbornly remained an advocate of the closed system.