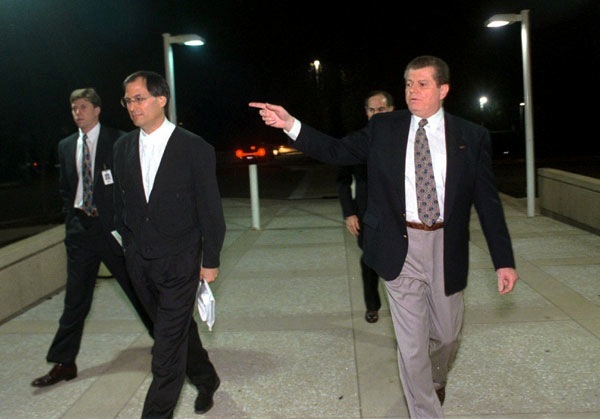 Do Not Chase Profits, Chase Value:

By 1996, Apple had a 4% share of the market from a high of 16% in the late 1980s. Apple had expanded into every technology sector with a wide variety of products over the decade + that Jobs had been outcasted. John Scully did not think that high-tech could be sold to mass markets. According to Jobs, in the 1990s, Scully brought in corrupt people that wanted to make money only for themselves rather than create new ideas through Apple. Scully’s drive for profits at the cost of market share reduced Apple’s value. Apple’s decline was due to its inability to innovate in any area. The Macintosh hardly improved after Jobs had left. In one instance, Jobs was asked to autograph a late-1980s model of the Macintosh keyboard but first he insisted that the arrow keys be removed. Jobs hated the arrows on the keyboard and viewed it as an example of bad decision-making within Apple. Apple was almost sold to Sun and HP in 1996, Apple’s stock fell to $14 in 1996. In 1994, Gil Amelio became the CEO of Apple and wanted to integrate the Apple with Windows NT which would have corrupted Apple further. Amelio did not like Jobs much, and thought Jobs was trying the reality distortion field at every point of interaction.
tion. Amelio was probably right.