Location Really Does Matter For Entrepreneurs:

You need to be in the right place at the right time. Being exposed to many ideas, variables, and potential inputs for accidental discoveries is better than living in a risk averse environment. In High School, Jobs took an electronics class which would have been less likely in most other cities in the US or Canada. Steve Jobs was fortunate to be raised in Silicon Valley, and because of that location it is less of a mystery as to why Jobs is who he was. Defense contracts in Silicon Valley during the 1950s shaped the history of the valley, military investment was used to build cameras to fly over the USSR, for example. Military companies were on the cutting edge, and made living in Silicon Valley interesting. In the 1930s, Dave Packard moved into Silicon Valley, and his garage was the core of the creation of Hewlett Packard. In the 1960s, HP had 9,000 employees, and it was where all engineers wanted to work. Jobs was ambitious enough at a young age to phone Dave Packard and ask for some parts. That’s how he got a summer job there. Moore’s Law emerged in Silicon Valley, Intel was able to develop the first micro processor. Financial backing was made easier to acquire where rich New Yorker’s retired to…By having the chip technology that could be cost measured for projections, Jobs and Gates would use this metric to revolutionize the technological world.

END_OF_DOCUMENT_TOKEN_TO_BE_REPLACED

Making Decisions On Things You Understand:

Think very hard about the decisions you make, you only need to swing at the pitches that you know you understand.

Build A Model For Understanding the World:

What is it about your model of the world that is wrong? Understand how you understand the world.

Reading is the Gateway to Better Insights:

Read all the time. Learn all the time. You can take courses online. The information is out there. Exercise your brain by reading before bed. Ideally, spend at least 4 to 5 hours per day reading.

Some of the sentiments about viruses are more salacious and therefore the press runs with those stories because of $ad revenue and traffic benefits to their websites.

You can still go forward.

Look for a Job You Would Take if You Didn’t Need a Job:

Life’s too short to take a job that you won’t be passionate about. We will solve cancer, obesity and climate change: Science is a big problem solver, these are the areas that we are going to solve.

Keynes theorized that output would be 4x what it was in the 1930s. The distribution is a problem. But you free up people with the possibility to do other things when new technology distributes old processes. The people that fall behind on the weigh-side do need help for sure. There is a macro picture that is a total opportunity. 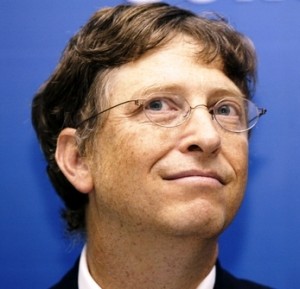 Cash-flow At Microsoft: Investors tend to like to see cash invested on improving the business or returned to them as dividends.  Microsoft kept a lot of cash on its books. Many think this is because software is intensely competitive, and so Microsoft needs a cash cushion to carry it through. Microsoft habitually create a negative impression to investors to minimize earnings expectations in order to beat the Wall Street predictions. However, Bill Gates explained the cash on hand as such; when he hired his friends, they would be expected to be paid, so he developed a conservative approach to paying them by ensuring that there was enough money in the bank to pay a year’s worth of payroll. Getting your friends to leave their jobs and then not having enough to pay them would be a betrayal. Do not let down your friends if you are working in a start-up. 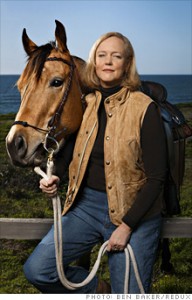 Meg Whitman & eBay: returns on assets and investment will never go out of fashion. The fundamentals of costs, customers, and competitors yield rewards. Experience builds intuition which is invaluable. Employees are motivated by the feeling of being on a mission.

A Rules To Live By: Whitman says that you’re never as good as you think you are, but never as bad either. She also laments having missed out on her family, and friends. Whitman’s 9 point personal philosophy:

The Five Whys: ask why five times, and you will find the root of a problem.

Work/Life Balance: business schools are not interested in promoting those who have simply gone out, and led happy lives. They are interested in game-changers to entice new recruits for consultancies, and investment banking. MBA programs pay lip service to giving people the right kind of work/life balance all the time. If you are really seeking a healthy work/life balance than you should work in the education sector.

Synopsis Of Discussion In 1998

Don’t do a job that you don’t enjoy. Waiting for a good time to have fun at your job is like saving up for sex for your old age. Get right into what you enjoy instead of doing something you don’t enjoy. You are wired to do something best. So find that thing. Enjoy doing your job everyday.

Capitalism is always neutralizing so expect value to be ephemeral.

Warren Buffett recognized that he was born in the right place and wired the right way to create immense value. There was a 1/50 chance that he would be born in the US at the time. He doesn’t believe in the dynasty model, he believed in a meritocracy in business. Let the resources flow to those who use them best. Warren is looking for the predictable rather then software product like Gates’. Buffett famously doesn’t invest in technology. Buffett can’t tell the winners and losers in technology stocks so he doesn’t invest in them. (He has now come around in 2012)

When You Find Something Of High Value:

You need to take a swing at that high value opportunity. Don’t read another book on the subject just go do that thing. You should be afraid of decisions of omission just as much as anything else. Never Look Back, don’t worry about the past. Learn from it but that’s a bit it.

What Buffett Does For A Living:

Warren Buffett said in 1998 that he would retire 5 years after he died. That his team of Berkshire Hawthaway would be able to contact him via wigi board. But in seriousness, we have outstanding people. Buffett has written a letter that opens “Yesterday, I died. Here’s what you do with Berkshire Hawthaway.”

We’ve gotten better at understanding non-US markets at Microsoft in 1998. Microsoft is very good at international business because we have scaled outside of the US. The future is that the United States is a replacement market but the international market is early development so that’s more exciting.

Being Too Young When You Start A Company:

Bill Gates couldn’t rent a car to go to meetings because the rental restriction was 25 in the US, he had to take taxi to client meetings in the early days. The best thing is to learn how other businesses work which is sort of a regret on Gates’ part. Clients would say things like, let’s go to the bar but they couldn’t go to the bar. It is hard to find older people because they don’t want to take the risk.

What Gates Does For A Living:

Gates doesn’t miss game changing changes. IBM was unstoppable until they missed a few turns in the road. Microsoft is concerned about pulling things together to prevent a missed change in the tech market. We don’t want to get surprised but we almost missed the internet. The internet came along as the 5th priority at first but then Gates realized it was a much deeper phenomenon. And then they coalesced around ideas and how to measure success ourselves internally, then deployed an internet strategy.

The Future Of Value:

Bill Gates believes that the US is best at allocating capital at the moment. Korea and China are investing in education and technology so we should expect the next generation to get ahead. But there will be shift of value away from country-based value, now with the internet, services and advice are going to be made more easily available and those people are going to be better off and taken advantage. Gates is adamant that China is at least stealing our software then we figure out how to collect.

You need to totally trust and totally check you people. You need to have really brilliant people around you that have that kind of brilliance to debate openly. Bill Gates sees that anti-trust is not unfair. The judiciary looks at whether the competition has been beneficial to consumers. Developing countries are going to get great development and people are what matter.

Bill Gates said he would resign as CEO in 10 years. Gates actually resigned 2 years after this presentation….