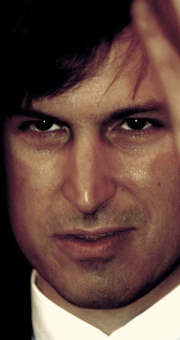 This reality distortion field was empowering. Bud Tribble in the early 1980s said that “Steve has a reality distortion field. In his presence, reality is malleable. He can convince anyone of practically anything. […] The reality distortion field was a confounding melange of a charismatic rhetorical style, an indomitable will, and an eagerness to bend any fact to fit the purpose at hand.” It was self-fulfilling, you do the impossible because you would believe it. Jobs could deceive even himself which allowed him to con other people. Jobs used this tactic which helps to make irrational goals real. The rules didn’t apply to him. He was a liar, and the Reality Distortion Field is a creative way of saying that he was a liar. As a child, Jobs had been rebellious, and this plays into his special, abandoned, unique self. If you trust Jobs, he will make it happen.

That is the great part about the reality distortion field. If you pretend to be completely in control, people will believe you are, and will be empowered. Jobs was so passionate about Apple and NExT devices, and his force of personality allowed him to change peoples minds as a salesman. Steve Jobs was able to change reality by using charismatic rhetoric, and bend facts. The reality distortion field was never acutely apparent. Jobs was lying quite a lot during team meetings.

As a result, it was difficult to have a realistic deadline since bending facts has its downsides (Think wasteful factory decorations, missing product dates at NExT etc). Jobs did not like manuals, and told Gates in 1984 that they should not have any manuals, but Gates did not bother mentioning that they had an entire team working on manuals for Mac. Bill Gates was completely immune to Steve Jobs’ reality distortion field. When reality hit, Jobs had a difficult time dealing with it.